The Bose Home Speaker 500 is a powerful chunky black anodised aluminium addition to the list of Alexa powered smart speakers at a premium price of $599 RRP.

I listened to it for a week before it had to be returned to Bose but that was enough time to get a good impression of it’s capabilities.

To setup the speaker and use it’s full capabilities you’ll need both the Bose Music and Amazon Alexa apps .

You’ll also need to create a Bose Music account and if you don’t have an Amazon account you’ll have to make one of those as well if you want to use Alexa functionality. Alexa setup can be skipped but that defeats the purpose of buying a smart speaker.

Connected music services that work with the Bose Home Speaker 500 via WiFi include: Amazon Music, Deezer, Sirius XM (this shouldn’t be an option in Australia as it’s an America only service), Spotify and TuneIn for radio stations and podcasts. 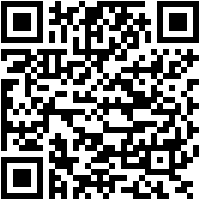 Listening
The Home Speaker 500 has Bose’s own advanced mic technology developed over decades of R&D for aviation, military, and mobile products in noisy environments.

The eight-microphone array is the most mics I’ve seen used in a smart speaker to date. That means it’s really good at hearing your Alexa voice commands accurately from near-field and far-field.

Bose declined to say how many Watts the speaker is rated at but it comfortably manages to fill a room with enjoyable music.

We don’t boost frequencies, never have and never will. Our goal is to create lifelike sound. Detailed, powerful, and clean. That’s why we don’t emphasize bass, manufacture effects, or change what you were meant to hear. The Home Speaker 500 is no exception. It’s acoustic package and technology were engineered to bring you closer to your favorite songs, not interfere with our own take on them.

Stereo Sound (Kind of)
Bose claims that the Home Speaker 500 creates the “absolute widest soundstage of any smart speaker available today” because it’s engineered to work around limitations of spaciousness from a single, small speaker.

Their argument is that there’s no need to pair 2 of these speakers together because the Home Speaker 500 is two-channel, with two custom-drivers pointed in opposite directions. When you play it, your music will be reproduced as recorded — placing instruments to the far left and right, and positioning vocals where the artist did.

My testing showed that this was possible sometimes but it depended on where the Home Speaker 500 was plugged in and whether you faced it while listening. Listening to other speakers working together from the left and right sides of the living area sounded a lot better.

The top of the Home Speaker 500 has plenty of options for buyers who want alternatives to voice control. At the left you’ll find buttons to make the speaker listen for commands and mute the mic. This lower button glows red when pressed.

The one big catch with starting radio playback via a button is you have to walk up to the speaker and press stop to silence the radio stream. Saying “Alexa Stop” doesn’t stop playback of button initiated radio which is a design flaw in my opinion. In the middle there are previous/ pause / play / skip buttons and at far right buttons to listen to AUX input or Bluetooth.

At the lower side you’ll see 6 numbered buttons which can be programmed using the Bose Music app to play specific radio stations available via the TuneIn directory.

The screen isn’t touch screen but I still found it useful to see what was playing. There’s an option to display a Clock when the speaker isn’t playing music otherwise the screen shows what is currently playing via Bluetooth, WiFi, Button press or Alexa command.

What It’s Not Good At

Poor Teamwork
Once of the great features of Google smart/chromecast enabled speakers is that you can group them all together across different brands and play the same music, podcasts etc across all of them simultaneously.

For a long time only Alexa speakers made by Amazon could be grouped together to play the same music/audio simultaneously. Amazon has recently enabled developer software that allow 3rd party manufacturer Alexa speakers to be grouped with other Alexa speakers but Bose has not yet commented on whether the Home Speaker 500 will be patched to enable this.

I don’t think that’s good enough for a speaker with an asking price of AUS $599.

Sure it’s possible Bose will follow through on AirPlay 2 functionality for Apple fans but note how vague their promise is about other voice assistants. Google Assistant isn’t even named as a future voice assistant and there’s no promised date for extra assistant functionality to be added via software update.

Failed At Audible Audiobook playback
Other Alexa speakers have no problem being told “Alexa, play [book name] on Audible” so I thought I’d try that out.

After I told it to play Artemis by Andy Weir on Audible, the Home Speaker 500 displayed the book cover art on it’s screen and resumed playback from where I’d last stopped listening to the book on another speaker. However at the end of the Chapter instead of starting the next chapter it just stopped narrating unexpectedly. This also happened to other books I tried. Should you buy the Bose Home Speaker 500?

Ausdroid’s verdict is Wait and See.

The Bose Home Speaker 500 sounds good and might be worth considering in 2019 if updates have improved it’s smart functionality.

However it’s not a recommended purchase now unless you’re a huge Bose fan buying the Home Speaker 500 as well as Bose Soundbar 500/700.

Our reasoning is that the vague promise of more voice assistants in the future might result in Google Assistant capability being added but there’s no guarantee at time of purchase. You only have to ask a Sonos buyer how they feel about the failed promise that company made to enable Google Assistant in 2018.

Furthermore the inability to group with a buyer’s existing Bose Soundtouch and Amazon Alexa speakers is disappointing. This might also be changed in the future but Bose had no definitive promise.

While Bose is working on updates there will be inevitably be plenty of new Alexa speakers made by different manufacturers for you to consider.

At the moment, if you subscribe to Amazon Music and want a nice wireless 2.1 speaker combination to listen to it with, it’s hard to go past the deal Amazon.com is running to buy 1 x Echo Sub with 2 x Echo Plus (Gen 2) speakers for 20% off (about $AUS 530 total).

If you wish to purchase a Bose Home Speaker 500 right now it’s available from Bose Australia online, as well as all the usual outlets such as JB Hi-Fi, David Jones, Myer etc for it’s RRP $599. Currently the lowest price is at Apollo Hi Fi for $545 incl shipping. I would absolutely LOVE an Ausdroid article on the prevelance of the “Amazon First” policy that seems to be ingrained in technology. It’s really frustrating, with the wide reach of Google and their “more opensource-ish” platform (such as chromecast enabled), it’s getting frustrating that Amazon is everywhere, especially in a country where it is only starting out (it was bigger in the US due to the ability to order online items).

Can’t find any “Google First” soundbars with the exception of JBL Link Bar which has been delayed to 2019.

Put really simply:
It’s a hell of a lot easier to include Amazon Alexa support than Google Assistant. It’s due to both software and hardware requirement.

In short, Google needs to make it easier.

Shortest Ausdroid artcile ever! But appreciate the info Daniel, obviously as a consumer we don’t see these hurdles.

Also I note my comments cross categories, I start listing soundbars rather than assistant enabled speakers and am aware there is an even playing field for this particular category.

I already have two Google Home devices, plus a bunch of Chromecasts, and I’m thjkning of ditching the Home devices in favour of Alexa. The range of other devices supported with Alexa commands is substantially longer too.

Hi Adam. Do you know how to cast/connect Amazon Music to Amazon speakers? Say I’m listening to music on my tablet, but want to pass that music straight to an Amazon speaker.

I think that this artcile highlights the specific reason I am not going to change: support for multirooms and other devices.

There are more third-party devices with chromecast enabled functions (note: assistant enables is a different story it seems).

I’m looking at plugging any further gaps in functionality by setting up a Home Assistant pi.