Home Mobiles Apps, Games & Google Services Solve word puzzles by yourself, or with a friend in Wheel of... If you’ve been looking for a casual word puzzle game you can play by yourself or with a friend online, then Wheel of Wealth 3D from Australian developers Shantek Studios could be just what you’re after.

The game is a port of the Windows Phone game, and has also been available on Windows for some time, but after a beta test with some players it’s now available on Android.

Wheel of Wealth 3D has a definite ‘Wheel of Fortune’ vibe to it, with online games involving spinning a wheel (vertical orientation to skirt that association) for a dollar amount, then picking a letter to win the amount and hopefully help you solve the puzzle. You can also just play a solo game without the wheel, to guess the word puzzle based on vowels and consonants you choose.

The game has a few rough edges, with a requirement to create a login specifically for the game instead of using the Google Play Games serivce, or even offering alternatives like Facebook (probably a good thing) or Google login. There’s also no real support for the Android system ‘Back’ button, instead using a back button at the top of the screen for navigation.

The game is free to play, with ads allowing you to support the developers and get yourself some coins which can be exchanged in-game for vowels, lives and allow you to get rid of some extra letters.

You can chat with your opponent in the app, although the online components including chat was a little buggy with the game I played not registering for the other play without some force-closing of the app on their end.

It’s not a bad little game to play with your significant other, or just delve into the single player side of things. You can check it out for free in Google Play now. 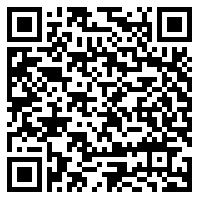 Thanks for the review. Appreciate the support.

The back button was programmed like it is to make things easier being published on Android and iOS. But I hear you and the back button will get some love for Android users soon.

And the game is turn based so staying in a game you just played won’t show the opponent’s turn, instead you would play your next turn in another game and then return to the previous game to continue on. This is something else that will be developed in time to allow more live play.

Thanks again for the support.

Looking at the info about the game, one suggestion immediately comes to my mind:
Pay to remove ads.

Thanks, will be looking to implement it in the very near future. A big step going from Windows to Android and iOS so baby steps 🙂 Thanks for the feedback. We did however spend a bit of time developing a system that works fairly well from feedback we got. Ads are forced on a user every 10th turn however if a player willingly watches an ad, not only is it rewarded with coins but they can then also play 20 games without seeing a forced ad. And they are stackable so you could willing watch 5 ads, get rewarded for… Read more »