Home News and Editorial Disney Shifts Movies and TV Shows to STAN Just in Time For... 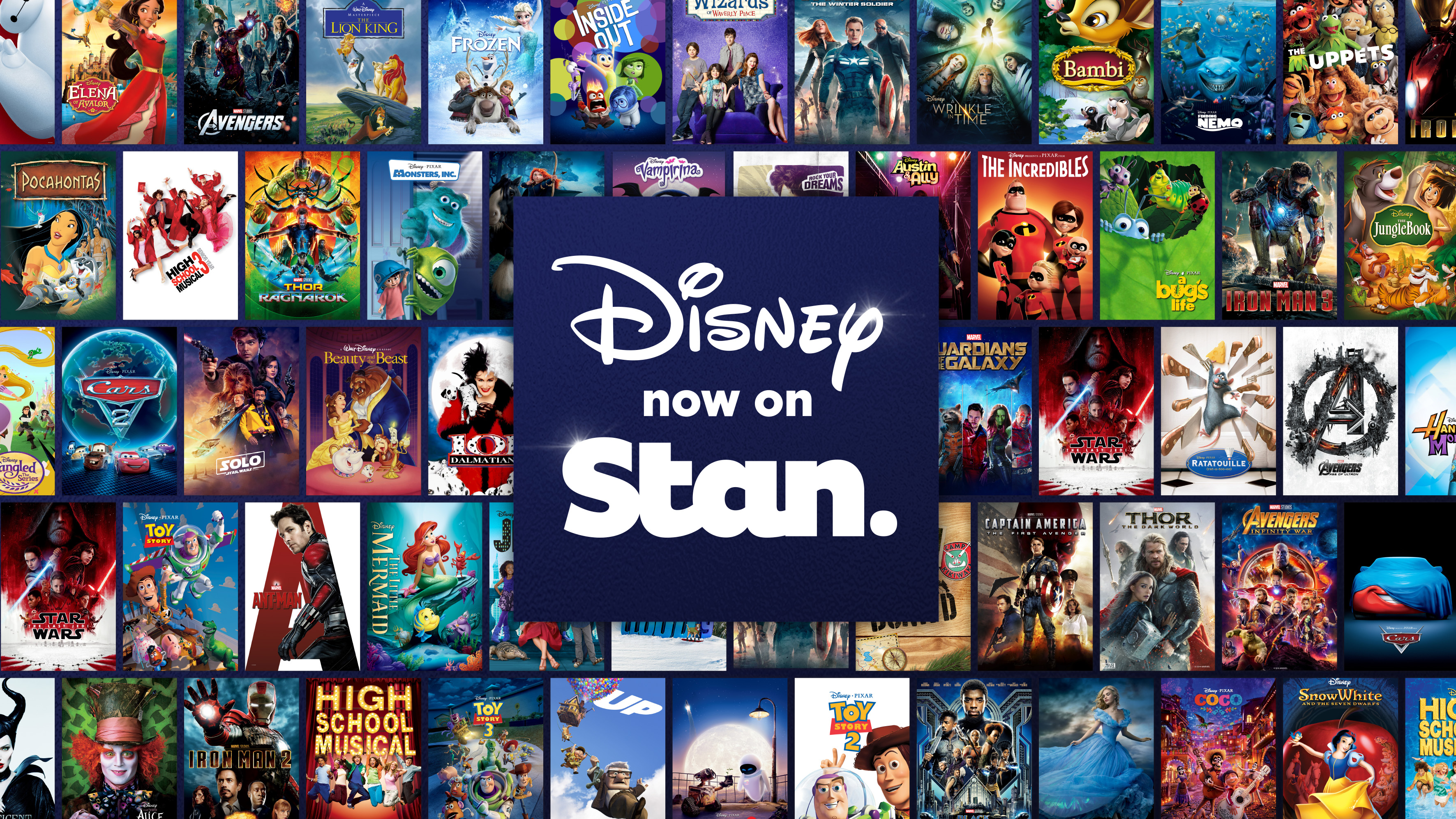 In a surprise announcement this morning, Disney has announced that many of the TV shows and movies they’ve been pulling from Netflix Australia will be available to Australian subscribers of STAN from Friday Dec 14th 2018.

It was widely anticipated that Disney would launch it’s own Disney+ streaming service in Australia during 2019 but that seems to have been shelved at least for the next few years. Disney brands covered by the STAN deal include Walt Disney Animation Studios, Pixar Animation Studios, Marvel Studios, Lucasfilm and Disney Channel.

This is *marvel*lous news for STAN subscribers who will not have to pay any extra per month for this big increase in popular TV shows and movies available to them. Today’s announcement comes on top of recent Stan wins including adding the entire James Bond movie collection to their catalogue later this month.

At Ausdroid we like Netflix but it’s important that it doesn’t become a near monopoly streaming service in the Australian market which can charge whatever it wants. Disney joining forces with STAN strengthens it’s ability to compete with Netflix and provide strong competition which should help keep a lid on price increases.

Disney is one of the most iconic entertainment brands globally and we are very proud to be partnering with them to bring a huge collection of their biggest live-action and animated films and TV programmes to our customers. With hits from across all their biggest franchises including Disney Pixar, Marvel, Lucasfilm as well as Disney Channels’ TV series and movies, the deal further illustrates Stan’s ongoing commitment to provide our customers with the world’s very best premium entertainment.

Some of the big name Disney movies STAN subscribers can enjoy from tomorrow include: Lucasfilm: The Last Jedi and Solo: A Star Wars Story.

If you are interested in watching all these movies and shows head on over to the STAN website, sign up and start your thirty day free trial now.

My Free trial of Stan lasted one weekend. Consistent failure to stream on Chromecast and then just on tablet (even with 100/40 FTTP NBN connection) and then having to restart my tablet because of constant freezing has soured my view of Stan (and adds!). Why can’t we get a 2nd reliable streaming service here.

Having a monopoly in Australia would be terrible lol
Does nobody remember Foxtel and their decade+ monopoly and the exorbitant prices they still charge.

Aussie’s don’t seem to mind monopolies and being ripped off. We are to polite or to stupid to kick up a stink.

Guess that means we aint getting Disney+. Wonder if Stan will get the Disney+ shows.

You’ll get Disney+ someday but it’s at least two years from a global rollout.

For anyone with kids, the Disney deal makes Stan the best choice. Actually on second thoughts, you don’t have to be a kid to enjoy the Disney and Marvel movies.

While it is important for there not to be a streaming monopoly, the exclusivity deals that are happening at the moment cause a different problem – you have to have multiple streaming subscriptions to access all the content you want.

There’s nothing to stop you switching from one to another.

That’s assuming the content is equal when that is trending to be no longer the case.

Certainly the low cost and frictionless environment has me jumping around services as things are available of interest. Even for netflix i only have a active sub for part of the year.

The exclusivity thing is hard to deal though given the services make their own content, so its hard to expect their content on competing services. I guess its like expecting Valve videogames on the Windows Store.

Exactly. You can subscribe to STAN for a few months , then Netflix . Repeat Etc

The exclusive content thing isn’t going to change. All the services that survive into the future will be making content exclusively for their own use, because that’s how they get subscribers. If you can get Star Wars shows and movies any old place, why should Disney bother to make it at all? I think this deal with Stan is a precursor to Disney buying Stan in a couple years and then bingo there’s their Australian expansion. The alternative is to license their stuff to Netflix or Amazon for a couple years, and that’s just helping competitors so Disney would rather… Read more »

team up with a friend, get an account on Netflix for at least 2 screens and your friend does the same on Stan. as long as you have more screens than people logging on and you are good to go. Share the cost.

What’s the solution in that case; monopolies are bad, but multiple services are bad… I’m not understanding what point you’re trying to make.

Multiple services on their own aren’t the problem. It’s when each service has different content.

What would be the point of multiple services with the same content? Even Coles and Woolies stock different milk brands. Telstra and Optus supple the same thing but at varying quality. Xbox and Playstation have some of the same games but different performance… I still don’t quite get what it is you actually want. Do you want multiple services with the same content? So, say, Netflix might have OITNB in 4k but Stan only has it in 1080p? And Stan could have Will & Grace in 4k but Netflix have it just in 1080p? In the same way Telstra and… Read more »

There are other ways to compete that don’t involve fragmenting content. Things like ease of use and discovery, stream reliability, customer service and platform availability (particularly on the less popular platforms) can also drive competition.

Ah alright, so a more analogous product would be home internet supply. Where a number of different companies wholesale the same product and then resell it; that would be a good option!

I’m trying not to be a downer here, but the amount of production companies that create TV are now way too high to make a similar option at all possible now :(.

Here’s a couple of real world examples of fragmentation. I was lookinig for the Pokemon TV series only to find that Netflix has only the first season and some of the later seasons (they used to have season 2 as well but that disappeared without a trace) while Amazon Prime Video has seasons 3 to 8 if I remember correctly (the Gold/Silver and Ruby/Sapphire arcs). This means I need a subscription to both Amazon Prime Video and Netflix. Also, Dragon Ball Z (a TV series that isn’t exactly obscure – particularly among people who grew up in the late 90s/early… Read more »

Oh I agree that is a very silly and frustrating thing that still happens sometimes, though the streaming services seem to at least be getting better at securing whole swathes of shows rather than seasons to one service and seasons to another. I recently watched The Last Airbender on Stan, though they only had season 3. What even is the point of that? I’d love to watch My Hero Academia but I’m not going to sign up for another service; Netflix and Stan are enough for me. There is so much on just those two I can’t keep up. Were… Read more »

Something
Assuming that is Friday 14th, as the 4 h has passed, and was not a Friday

Yes I meant the 14th. Fixed. Thanks for noticing the typo

Pretty big news as I was literally about to cancel my Stan subscription. Looks like I’m hanging onto it for a while longer.

Same! Will stay with Stan for a bit now to see if the new additions make it worth it