In a surprise move Hisense Australia has confirmed to Ausdroid that the brand will sell an Android TV series as part of their 2019 product range:

“Android fans will also be excited to hear we will be introducing an Android TV to the Australian market providing Australian consumers more choice while Hisense expands it Smart Assistant platform offering”, said Andre Iannuzzi, Head of Marketing at Hisense Australia.

Hisense Android TV’s have been sold in Australia before in 2014 with their Jellybean Android TV powered models.

In the USA Hisense TV models run a mixture of operating systems including Android, Roku and Hisense’s own flagship inhouse VIDAA operating system running on a modified Linux kernel.

Speaking of VIDAA, Hisense also announced that many of their Australian 2019 ULED TV’s will ship with the new VIDAA U3.0 operating system.

Updates from VIDAA 2.5 include: full integration of Amazon Alexa, meaning an Echo device is not required for consumers to take advantage of its voice control functionality. 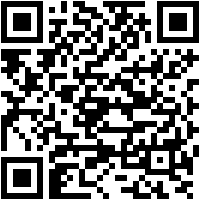 Usability is also increased as VIDAA U3.0 will work in conjunction with your existing Google home speaker/s to enable Google Home Assistant functionality on the TV’s, allowing operation with both voice control platforms.

Hisense promises more apps will be available on their 2019 range of TV’s including the addition of Amazon Prime Video to the VIDAA TV app store.

We have asked Hisense to confirm whether their 2018 range of TV’s will be updated to VIDAA 3.0 and / or receive access to the new Hisense TV app store including Amazon Prime Video.

More information on Hisense’s 2019 TV range will be unveiled at the upcoming Consumer Electronics Show (CES) in Las Vegas, 6-11 January 2019.

Hi there. What are your views on the hisense u7A in 65 m inch versus the Hisense 65b8000UW (also knows as the H8F I think). The latter I understand is the newer model though I believe the A series is the more premium range. Which is a better “watching” tv? Thanks

Hi there. What are your views on the hisense u7A in 65 m inch versus the Hisense 65b8000UW (also knows as the H8F I think). The latter I understand is the newer model though I believe the A series is the more premium range. Which is a better “watching” tv? Thanks

Did you get a response from Hisense in regards to the 2018 model line up getting an update for VIDAA 2.5 ? I have asked directly myself with no response which is frustrating as I recently purchased a 65P9 for close to $3k so would expect some software support…

still ULED? It seems to have disappeared off the labels in shops, leaving one wondering, if it’s not ULED or it’s no longer a big deal…

ULED is a meaningless description. If it’s not OLED it’s LED. There aren’t any other types

Android TV is good. You can pair it with your Google Home. Tell the TV what you want to watch. No more fiddling with the input selection button.

And now the ABC is in final testing of its new Android TV app.