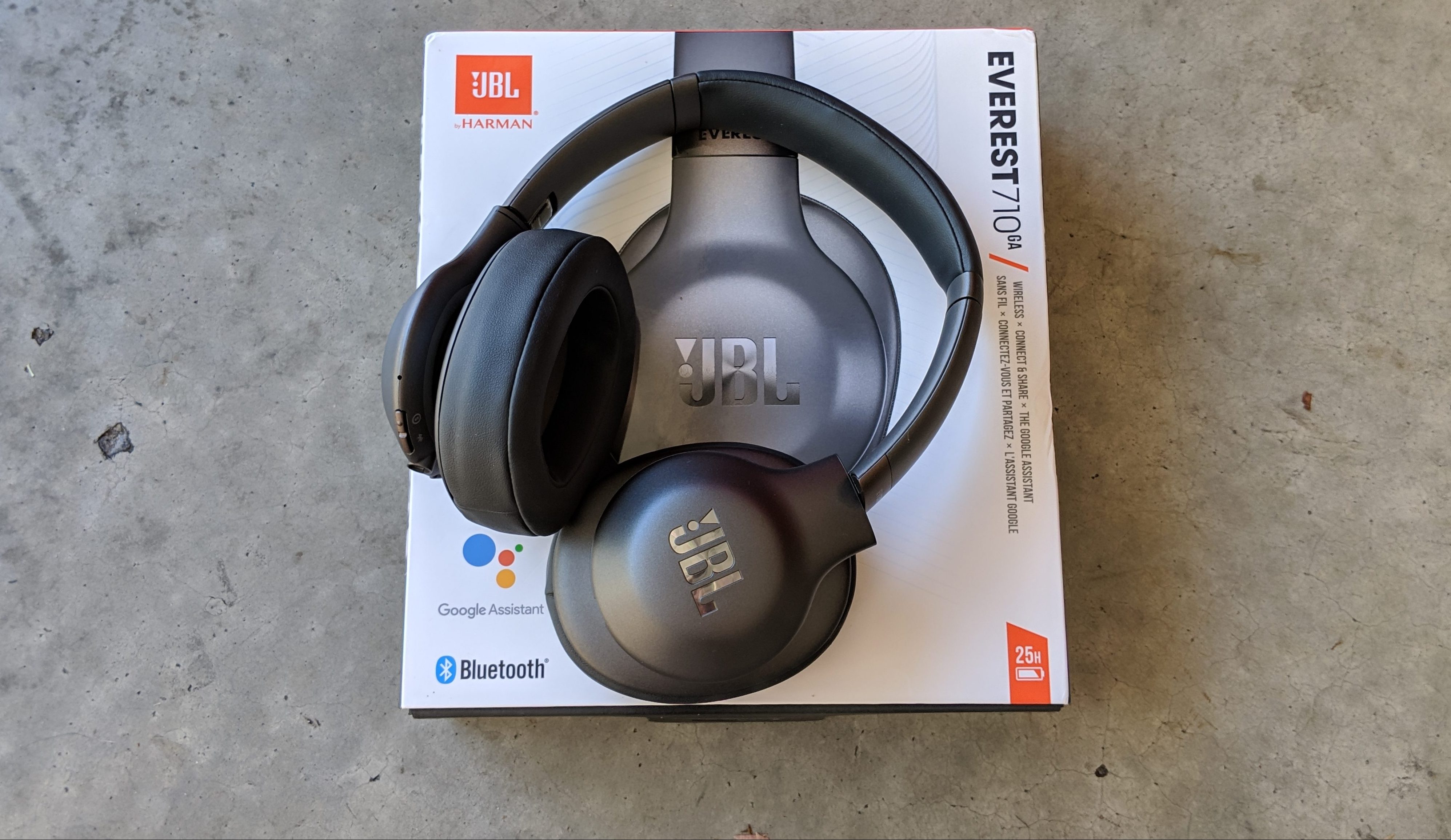 Headphone jacks will soon be extinct and thus many of us are in a constant state of motion searching for a decent set of Bluetooth headphones. There is no shortage of them on the market, with many from the biggest names in audio. Some are now attempting to distinguish themselves from the pack with the addition of digital assistants. Some have added Google Assistant and JBL are now one of them with the JBL Everest 710GA

The JBL Everest 710GA are cheaper than the above models at $299.95 but do not include noise cancelling. Having used some high end Klipsch headphones without noise cancelling which did not affect the sound adversely I was eager to have a shot at the JBLs. I’ve now been using the JBL for a few weeks now, read on to find out what I thought about them. 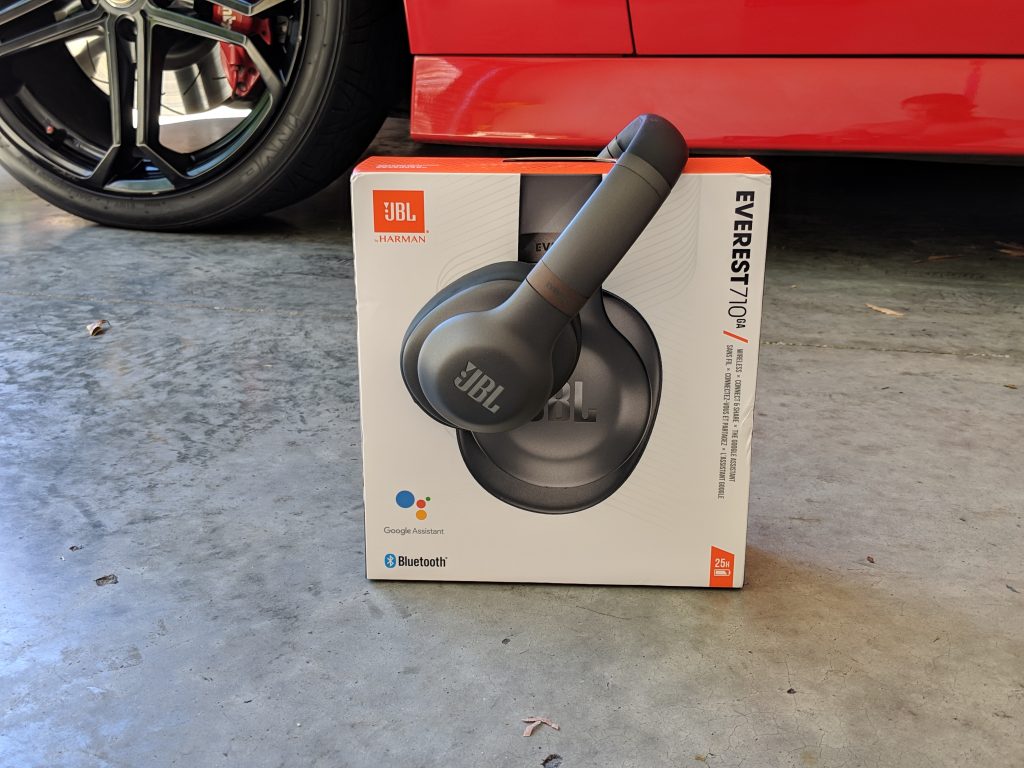 What would you need in the box? The headphones, a high quality carry case, a 3.5mm cable and a microUSB charging cable? Yes, you get all of these plus an instruction booklet with possibly the smallest writing I have ever seen (I had to read it using my phone’s camera zoomed in). 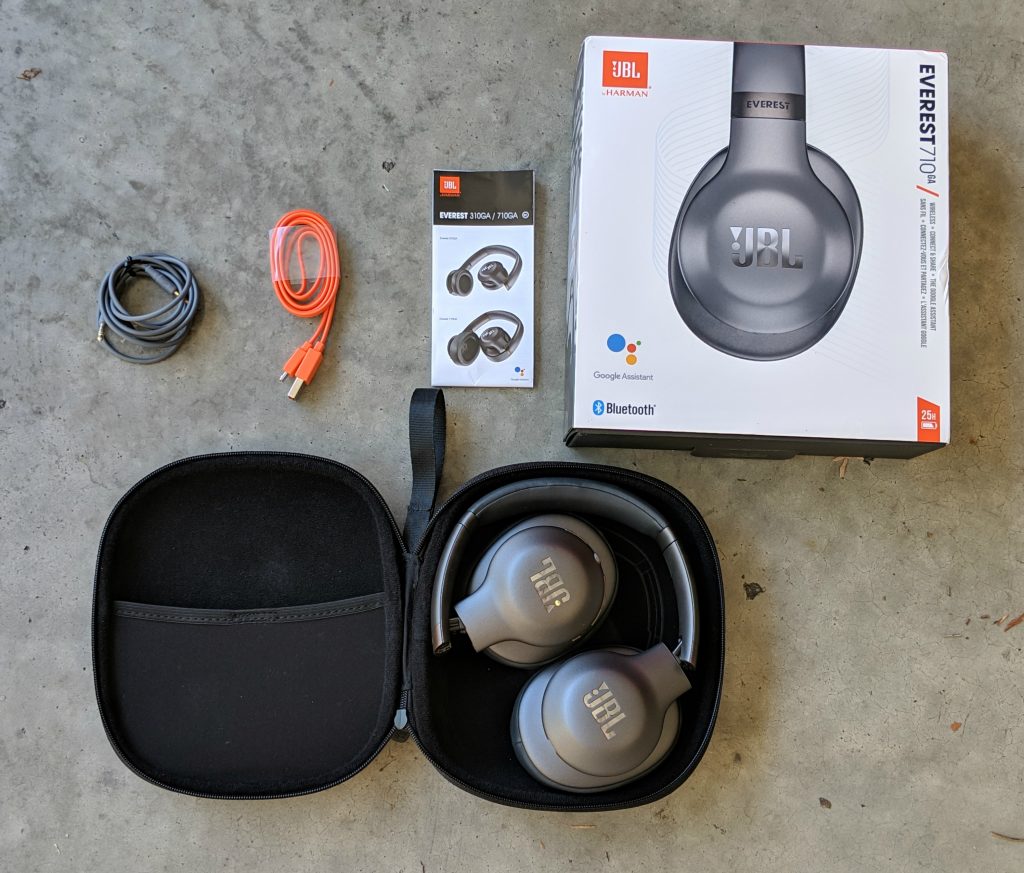 The carry case is a very good quality hard case which requires the usual amount of fiddling and folding of the headphones before you can figure out which way they need to fold to fit into.

The JBL Everest 710GA are very JBL. They have a specific appearance which sets them apart from many other brands. The moulded outside of the ear cups are emblazoned with the JBL signage which actually looks good in my opinion. So many other headphones look exactly the same, not so the JBLs.

On the right moulded ear cup there are quite a few buttons including the power button, volume up, down and play/pause. These buttons, as they are on many headphones were often difficult to find and use — this is why I would prefer gestures on an ear cup instead.

The right ear cup also holds a 3.5mm headphone jack for when you have run out of power and still want to use the headphones.

The ear cups are cushioned well and covered with a PU leather which sits easily over the ear. The leather and the cushioning are incredibly soft and can be worn on the ear for a long time without them becoming uncomfortable. I was able to achieve a good seal over my ears which is required as there is no active noise cancelling.

Let’s face it, the main feature of these headphones is why we were testing them — Google Assistant integration. Having used Google Assistant built into the Bose QC35 II I am familiar with it’s use in that scenario. Bose have placed a small singular button on the right ear cup to call up Google Assistant. JBL have made the entire outside of the left ear cup a touch sensor which when touched can summon Google Assistant — whether to issue a command or to listen to notifications:

The touch sensor is easy to press and obviously being easy to find as it’s basically the entire left ear cup. Using it was actually easier than the button on the Bose QC35 II but the problem is that you can easily accidentally tap this button to summon Google Assistant – not a huge issue and definitely did not outweigh the advantage received from having such an easy-to-use button.

Because of this I found myself using the Google Assistant on them a lot more than I do on my Bose QC35 II.

Pop these headphones on and they will sound great from the get go. There is no app or anything to control the sound on them which is disappointing as the ability to adjust the EQ based on the type of music you are listening to would have been nice. In saying that they sound great — as you would expect from a $300 pair of over-the-ear headphones.

Now by themselves they sound great but put themn up against a top of the line headset and they struggle. Side by side with my Bose QC35 II they sounded ‘muffled’ with less crispness to the mid and high end of the sound. The low end was still great, able to pump out the bass as required. Of course this is comparing against a set of headphones which have a RRP a lot further north than the RRP for these.

The elephant in the room here is the lack of active noise cancelling (ANC) on a $300 pair of headphones. Does it matter that much? That all depends on your use-case. If you are listening around the home it won’t be an issue at all but if in a very noise environment such as a plane flight then the listening will suffer. The ear cups by themselves create a good enough seal to provide decent insulation such that basic outside sounds do not leak in. While it would have been nice to have ANC in the Everest 710GA it is certainly not a deal breaker.

JBL promise “up to 25 hours” of battery life and in everyday use I found this to easily be true. When reviewing headphones I try and keep track of the exact battery life for a single charge but for these I lost track they lasted so long.

The JBL Everest 710GA should easily survive that long-haul flight and even if they don’t you can plug in the 3.5mm cable and connect it directly to your phone (either using the headphone jack of USB-C to 3.5mm adapter.

Recharging using the microUSB cable is approximately 2 hours from empty to full which could be sped up if they had used USB-C instead but not many accessory manufacturers are fully onboard just yet. Maybe next year. 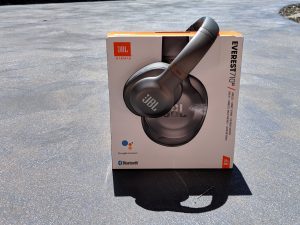 Should you buy these?

While the Everest 710GA sound great they are just a tick under $300RRP. At that price it is a hard sell when the Bose QC35 II, now 12 months old, can often be found on sale for around the $350 mark. $50 more for a better sound, ANC and a comfier fit is a no brainer.

On the other hand, if you were to see the JBL Everest 710GA on sale for south of $250 then I would be carefully considering that purchase. At this stage they are new and I would expect the price to drop or reduced for sales in the future.

JBL have made some great headphones here with a great Google Assistant implementation so if you are looking for a decent pair of headphones with Google’s digital assistant built in then they are worth considering. I could only recommend them on sale though as the Bose QC35 II can often be found for a similar price.