Home Mobiles Evan Blass is at it again, showing the Samsung Galaxy S10 in... 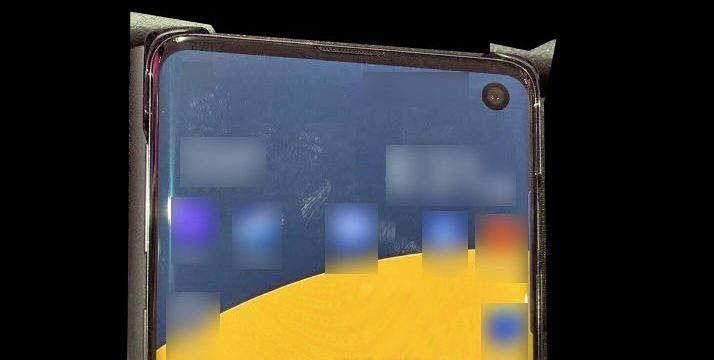 It is that time of year when the leaks prior to MWC come most, if not all, days. Today we have seen leaker extraordinaire, Evan Blass, reveal details of the upcoming Samsung Galaxy S10 along with a quick photo of it in the wild.

Evan overnight has revealed a picture taken of a Galaxy S10 showing the extremely shrunken bezels and the circular cutout for the front-facing camera. The authenticity of it cannot be proven as every single app installed on it has been blurred out but considering the source and the previous leaks and rumours it can be considered legitimate.

Along with the image of the Galaxy S10 Evan also revealed that the Samsung Galaxy S10 will arrive with the ability to wirelessly charge other devices. Although Huawei have already done this in their Mate 20 Pro it is good to see Samsung looking at putting some more innovative functionality into their Galaxy S line of devices. 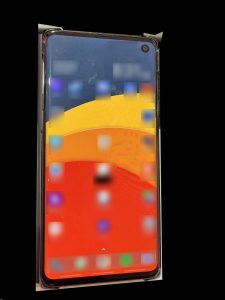 Of course we are under two months from MWC where the Samsung Galaxy S10 is expected to be announced so we expect to see a lot more revealed in the lead up to its announcement.

Do you like the look of the Galaxy S10 shown here? What about the wireless charging functionality? Can you imagine using it very often?

But, when discussing a feature – reverse wireless charging – it’s only fair to discuss whether it’s been done before and whether it works etc.

The mate 20 pro is the one that can wirelessly charge other devices, the mate 10 pro can only charge via cable.

You are correct, it was a typo. Mate 20 Pro is the one with wireless charging back to back.