It has been quite a while since we last saw a camera integrated in a smartwatch. Samsung’s original foray into smartwatches featured an integrated camera (which wasn’t brilliant) but the idea fell out of favour quickly.

Fast forward to 2019, and everything old is new again. LetsGoDigital reports that LG has filed a patent in the US for a smartwatch with one distinguishing feature; a camera integrated into the watchband. It’s not just a fixed camera, either – the patent shows various ways the camera can be adjusted including changing the angle etc to make it more useful.

There’s also an option – for the metal wristband – to have the camera fitted as one of metal links, allowing users to customise the placement of the camera along the watchband. 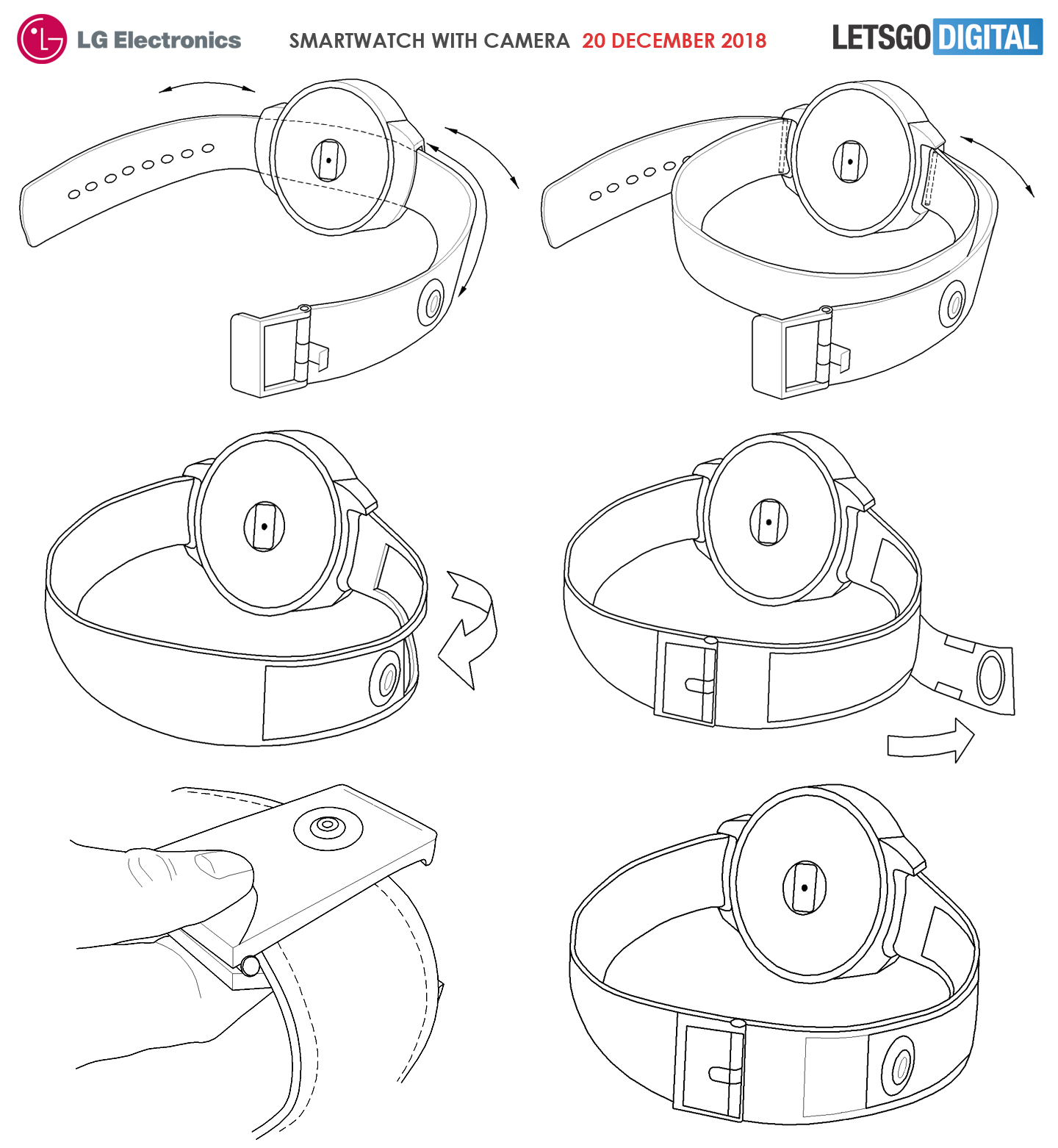 What would we usefully do with a camera on our smartwatches, besides the creeps? Well, it could be for anything – taking a quick photo, scanning a QR code, snapping your lunch to log in a calorie counter. Really, it could be used for anything.

Other interesting language in the patent includes “Mobile Terminal” features, indicating that this is a cellular-capable smartwatch, or – at least – there’ll be a cellular variant possible.

It’s just a patent filing – not an FCC type approval or something which would indicate a real-world product is around the corner. Instead, this could go two very clear ways – towards product development, or straight into the “we filed a patent but the idea goes nowhere” pile.

My money is probably towards the latter, but let’s see where this goes.

It looks to me as if the camera is positioned towards the user, perhaps for selfie/video calls?