Home Smart Home and Wearables Around the Home Is Wireless Printing from an Android Phone Reliable? I’ve been testing wireless printing from various Android phones to an Epson ET-M1120 (mono ink tank printer) for the last few weeks and have mostly been very impressed.

What I found worked best was printing PDF files via the Epson iPrint app. 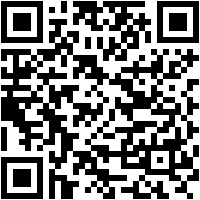 If the source document wasn’t a PDF, I printed it to a PDF file first.

Depending on whether the PDF file I wanted to print was an email attachment, saved to my phone etc I used the applications “Send to”, “Open With” or “Share” menu option to send it to the Epson iPrint app. It’s also possible to open a PDF file directly from the iPrint app, but I found it’s user interface for finding files was not the best.

Once the printer settings had been adjusted, I pressed Print in the app and over 90% of the time the printer hummed into action and spitted out the printout.

My testing with the Epson ET-M1120 showed that while wireless printing from an Android phone has improved a lot in reliability, it’s still not as reliable as printing from a computer connected to a printer via cable.

When it does work it’s marvellous but when it doesn’t attempting to troubleshoot the cause of the problem can be tricky since a Wi-Fi network, Android device and Android app are involved.

As a former IT and printer tech support officer I know that most people don’t like printers to start with so they get frustrated easily with them.

My view is that setting up your home or office with only wireless printing would definitely result in user unhappiness.

It’s better to approach wireless printing from Android as a value add feature that “mostly” works, as long as you have the fallback option of printing via computer ready to use quickly instead.

What has your experience been of wireless printing from your Android phone or tablet?

Get a printer that supports Google Cloud Print and just use that, it never fails as long as your phone and your printer are online.

I’ve done precisely this with my Brother MFC at home; it’s Cloud Print compatible and seems to work most of the time. The only issue – and it might be particular to Brother – is that it seems to forget the Cloud Print registration from time to time and needs to be reconnected. I can’t remember when that last happened, though.

I had a brother MFC with Google cloud print. Worked a charm with the exception of a couple times when the printer’s clock was out by a couple mins, meant it couldn’t authenticate to Google. I now have an HP printer and using HP print services seems to work quite well. Not that I print all that often… More reliable than printing from a windows laptop wirelessly it seems to far.

My Epson prompted me awhile back to update expiring SSL certificates for continued Google Cloud Print functionality. Perhaps for those of you with connectivity issues, this might apply to other printer makes.

Neerav, will you be testing the printing from Android, with other major printer manufacturers like HP or Canon?

PS I should mention that when wireless printing doesn’t work, it might be due to interference from other nearby WiFi devices, not the printers fault

Our old printer died and I replaced it with an HP OfficeJet 5220. It’s not physically cabled to the network or a PC, but only on our home WiFi network. I set it up from my phone (OnePlus 3T) and we have two phones, two PCs, and one iPad all happily printing to it. It was a breeze to set up.
And we can scan to the PCs and I’ve even scanned a document to my phone! I was very impressed.

Just purchased a Canon Maxify MB5120. The Canon App works well but with one major problem. It only print photos. Or at least, I haven’t worked out how to print documents yet. But for photos, the process and end result are great.

I have a HP Envy 6200 printer and I can print to it via a S7, Galaxy tab without any major problems. The HP app could offer a few more options as number of pages, doubled sided printing but other than this I have had no issues.