Prior to CES, ASUS announced a slew of education-focused Chrome OS products, and now we’ve got one for the consumers. At CES 2019, ASUS has revealed a new premium metal body, edge-to-edge 14-inch Chromebook called the Chromebook Flip C434.

The Chromebook Flip C434 is a 2-in-1 device, ditching the usual plastic we see on such laptops for an all-metal construction. Made of a lightweight aluminium, it has a 14-inch Full HD touchscreen that is edge-to-edge, within the usual footprint of a 13-inch device.

There is also a front-facing camera which remains on the top-edge of the front display, instead of the more annoying position beneath the display (Hi, Dell!)

There is also a full-size chicklet-style keyboard with 1.4mm of key travel and backlighting. The main attraction is the Chromebook Flip’s 360-degree hinge, which allows the display to be flipped over and used like a tablet with ease.

Inside, the Chromebook Flip C434 is powered by an Intel Core i7-8500Y processor, paired with (up to) 8GB of RAM and 128GB storage. There are two USB-C ports and a full-size USB-A port, a headphone jack and a Micro SD slot for expansion. This is pwoered by a 48Wh battery.

Side by side comparison

The company has acknowledged the “wave of premium Chromebooks led by the Google Pixelbook” that cost upwards of USD$1000 (AUD$1,400+). ASUS has stated that the Chromebook Flip C434 is aimed to sit between the high-end and budget Chromebooks.

ASUS’ Chromebook Flip C434 will be available in the coming months, with pricing starting at $569 (or around $736.55 AUD). We’ll be in touch with ASUS Australia to check on local availability. 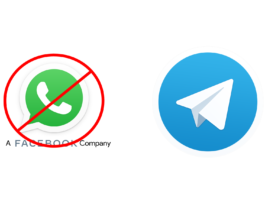 Leaving WhatsApp because of Facebook personal information sharing? Here’s how to...

Where is the best place to buy one of these?

Any outcome of the C434 flip availability in Australia please?
Can’t wait to see it here
Big excitement! Regards

I’ll be watching this one closely.

Dell new xps 13 announced yesterday also has the webcam at the top. Poor writer didn’t even knew that and trolled Dell.

Poor writer was (a) well aware of it, (b) knew that Dell had the weird nostril camera for the last two years and (c) made light of that.

Keen. The only thing I wish it had is a higher resolution display. I know, it’s not necessary in a laptop, but I’ve been spoiled by devices like my Samsung Chromebook Pro.
Very keen for any info on getting it in Australia!

The Asus Chromebook Flips sold so far have been very nice.

The keyboards feel great – excellent for touch typing. USB-C for charging and data. You would use the Chromebook Flip mostly in laptop mode, but swinging it around to tablet mode is useful if your lying on a couch in a position where you can’t use a keyboard.

This is more the price I would consider for a chromebook. But a lower spec CPU (and lower price to match) would be even more attractive. Why do you need an i7 in a chromebook?

Because ChromeOs is quickly developing into a fully functional Os.