Getting to the theatre is getting easier with the launch this week of TodayTix, a mobile app out of the US which democratises access to theatre tickets giving Aussies more affordable access to theatre performances.

The app is launching in Melbourne this week in partnership with Opera Australia, Melbourne Theatre Company, Melbourne Symphony Orchestra, La Mama Theatre and more. The headline feature for the app though is the release fourty $40 tickets to every performance of “Harry Potter and the Cursed Child” via digital lottery exclusively through the TodayTix app or website.

The New York based app currently connects theatre goers to tickets up to 75% off the box office price for more than 1,200 live performance venues around the world. TodayTix says they ‘secure the best priced premium, affordable and last-minute tickets available for the shows everyone is talking about’

We are living in an age of convenience and speed being at the top of everyone's priority list, and TodayTix checks both of those boxes when it comes to ticket-buying. We do the work of finding the best prices to the shows in your city and get your tickets in just a few clicks. We are thrilled to be a part of the Australian arts landscape with our launch in Melbourne and look forward to expanding to more cities this year.

The app is live now in Google Play (and the iOS app store), with best prices included in the app up to 30 days in advance, as well as giving you access to alerts for new tickets, and shows on Broadway for your next trip to New York. 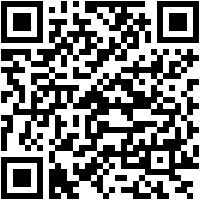