Home Mobiles Case renders give us a good look at the upcoming Moto Z4... 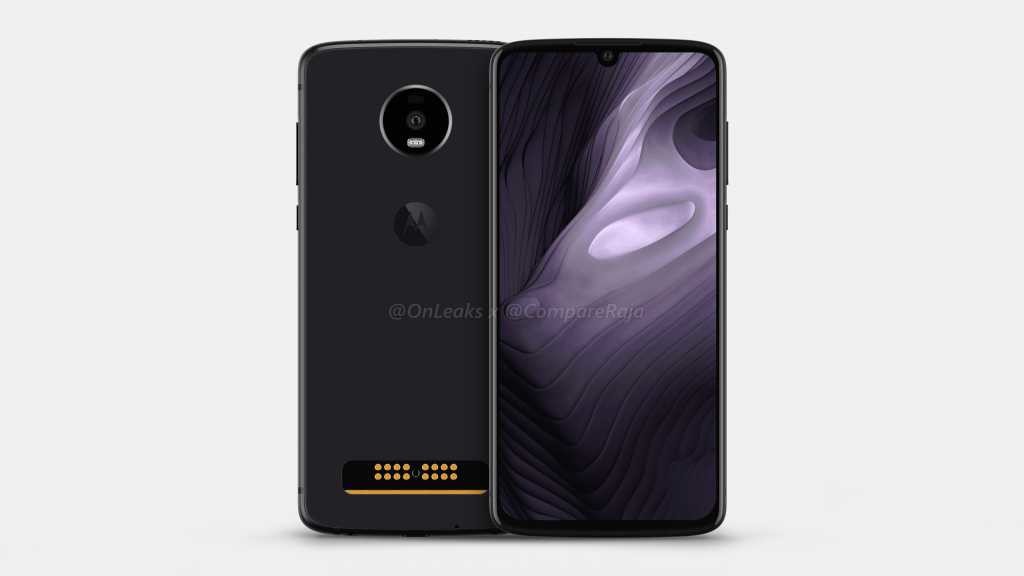 Motorola’s Z line devices have been with us for a few years now, having first launched in 2016 with the Moto Mods system. It looks like the line will be with us for another year, with a number of leaks around the upcoming Moto Z4 series in past days.

Rumoured to feature a 6.2-inch display, USB-C charging and retaining the headphone jack, not much else is known about the Moto Z4 series, but we now have a good idea of what it will look like, at least.

Last week, we had a couple of renders of the phone itself (shown above) thanks to @OnLeaks. The design isn’t all that different, and given the retention of Moto Mods support, it probably can’t be. However, the major difference is in the display; the Z4 Play sports some minimal bezels, a reduced chin (with no front-facing Motorola logo), and a tiny waterdrop style notch at the top.

The other interesting thing to note is the single camera lens; the Z3 Play had dual rear cameras, and this render shows a single lens. It’s likely that was an oversight, as there’s a new render showing dual lenses.

There’s also no fingerprint sensor visible, suggesting it could have moved in-display.

As you can see in this more recent imagery from Slashleaks, the dual rear lens is back and this feels much more in keeping with where the Z4 series should be.

Mostly this feels like lazy rendering to demonstrate case designs, but that’s the nature of renders – they exist for a purpose, and that’s not to give away to us consumers what’s actually coming!

This will be a winner if they don’t skimp on the battery this time! And has a decent camera, and the i-screen fingerprint reader is also decent.