The launch of Google’s Digital Wellbeing on Android Pie has been a blessing for some users attempting to cut down on their phone usage. The limited availability of Digital Wellbeing has been a problem however, but Australian developer Chris Lacy has done something about it launching ActionDash to bring all the features and more to almost all Android users.

Chris says that Google’s Digital Wellbeing was a starting point, but ActionDash ‘greatly enhances on it with deeper insights and useful customizations’. ActionDash can tell you details about your digital usage including how much time you spend in specific apps, how many WhatsApp notifications you get, as well as details about you device session time.

ActionDash doesn’t require Android Pie like Digital Wellbeing, instead running on Android devices with Android 5.0 and upwards according to the Play Store listing, however Chris says it will run on all Android devices.

The app includes essentially all the features found in Digital Wellbeing, as well as many more such as a Dark Theme, Daily Usage Summary and lots more – though you will need to pay a $5.99 In-App purchase to unlock some of them. 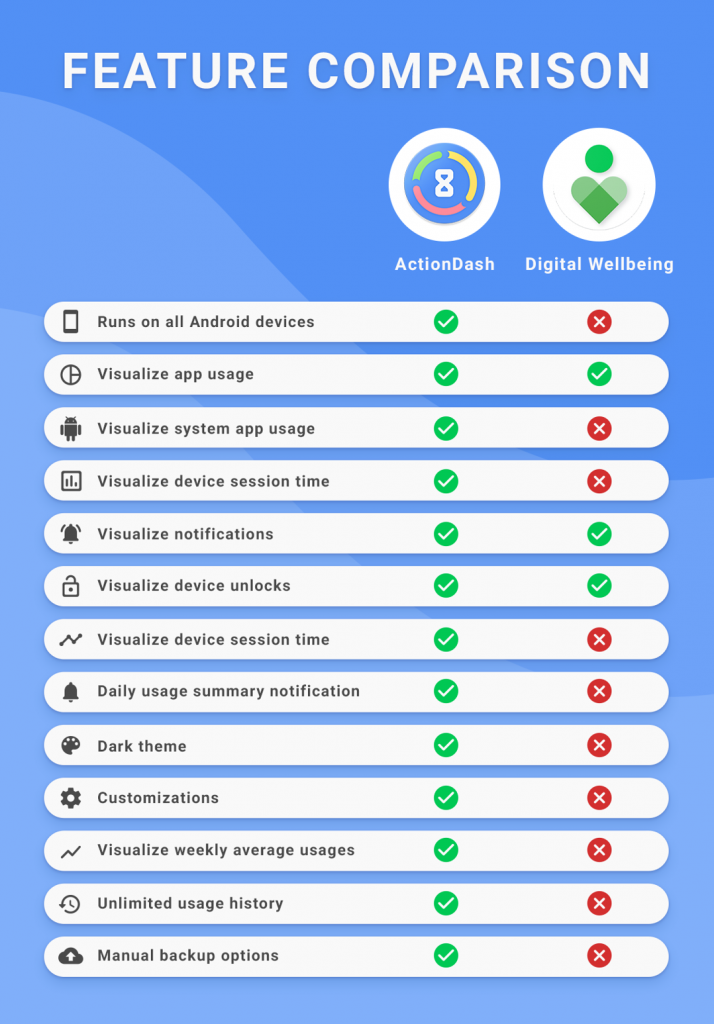 Chris has worked on keeping ActionDash as private as he can with a single permission ‘Usage Access’ required to run the app. In his announcement Chris says ‘Your precious and private usage data never leaves your device, either to ourselves or 3rd parties, with the sole exception of manual backups you yourself trigger’.

If you want to give it a go you can head over to Google Play and install it now to get a better look.