Home Smart Home and Wearables Around the Home Android TV 8.0 Oreo starting to roll out to some Sony Android... 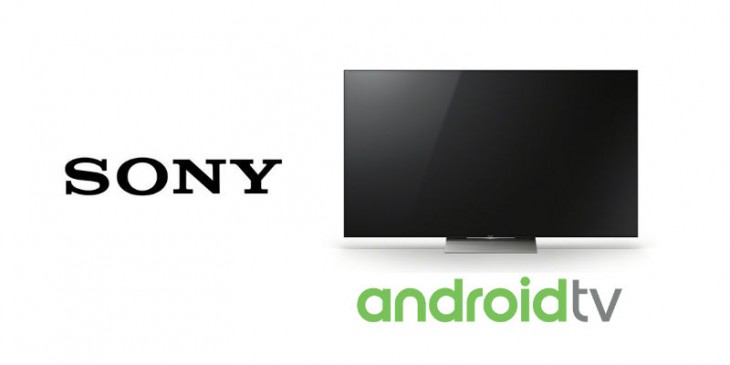 Sony were one of the first big names to incorporate Android TV into their television sets, across a lot of their range. As such there are a lot of them out there but unfortunately the updates for them have been very few and far between. Today that is set to change with an update beginning to roll out to some TVs.

The Sony support website also has a link if you want to download the update and install it manually using a USB drive or you can do what most would and go into the settings of your TV, about TV and then check for system updates. We would suggest you do it OTA style as this way it includes all the localised products that Sony have installed on there including the catch up TV apps.

The TV’s expected to receive the update include:

If your TV is on the list check for an update and continue to regularly check for updates as the new Android TV 8.0 will bring a host of UI improvements as well as improvements of how the software runs. Hopefully it fixes the lagginess of the remote control functionality of the TV that we at Ausdroid have all experienced.

Looks like this is finally available for Australian models, at least for my X9000E. There’s a download link at https://www.sony.com.au/electronics/support/downloads/00016218

I’ll try and install this tonight!

Is this update ever coming to Sony TVs in Australia? Last Update was in Feb 2019 saying they are “working on the issue”. It’s May now and nothing. My TV is on the list.

I contacted Sony about 2 weeks ago and still no news about the upgrade. I asked them to at least update their website as the holding message is 3 months old.

I bought my Sony Android TV about 5 weeks ago and I was immediately pissed off with the bugs having only Android 7.0 loaded and Oreo was floating around out there as the Yanks already have it. When I called them a month ago they told me within the 3rd or 4th quarter of 2019 the updates will flow through to the 2018 and 2019 models and they emailed me a $50.00 online shopping voucher on Sony products as compo…yeah right!

Will they be re introducing the original range of speech languages?
Bought my dad an 75″ 8500E which had Greek as one of the voice control languages.
This was the main reason I bought the TV…
After a software update, Sony (Or Google…or who ever is responsible)…took the Greek voice input language away…

So can we install the us firmware? Is Sony even going to release a Australian one and other countries firmware would be great to see it sooner then later

Scotty’s pulse is flat lining. These are not Aussie TVs. Fake News. Stealing candy from a baby aka another news source.

The TVs listed are all USA models.
This article looks like a cut and paste job. Does the “journalist” actually have legimate information for the Australian market or is the article time-wasting clickbait?

Well whatever the ‘latest’ Australian update is totally jacked my telly. The ‘home’ button doesn’t work anymore. Can’t easily access apps. Can’t access settings. It’s the stupidest thing ever. I sure hope they fix it soon. The update before that broke the internet (so it kept dropping out)… Seriously these stupid updates do more harm than good. If they do roll it out then I sure hope it brings my telly back to the way it used to bloody work. Bloody Bravia.

I feel like you shouldn’t repost an article from a US site unless it applies to us in Australia. Has anyone in Australia actually got an update or do you have a local source that says when they will? That would make this article more than just click bait.

Due to poor upgrade support from Sony, my 65″ will be my last smart TV, and likely my last Sony product.
In the future I’ll be after dumb but good performing panels with smart devices connected.

Sadly, it’s near impossible to find a dumb panel anymore.

I thought Google didn’t allow so much customisation of Android TV. Why is it still takiing so long for updates to come out?

I just checked my 65 X9300E and no update.
(I am enjoying the august update from 2018 as it included Google assistant)

Desperately looking forward to Version 8 though!

@Jonathan, how long have you had 8.0 for your TCL? Did it come via OTA?

Prime is my main issue with that which I had assumed it was mostly an Internet thing than the TV its self.

No update available for my 65X90000E. I do at least have the security update for August last year. I have been wondering why it is taking so long for this update as most other Android TV devices have been on 8.0 for a very long time.

This may be a stupid question, but is the XBR in the model number the same as KD, or are they 2 different types.

Not a stupid question at all… it’s actually the answer that is stupid.
Sony in their infinite wisdom has decided to have different model numbers for different regions.
kd49x7000d, x70D, x700D, xbr49x700d – Virtually the same.

Does this update include 2015 models?

I’ve got a TCL P6 TV with Android Oreo now and its finally delivering on the promise.. much faster, more stable and more usable.

These updates are not for Australia sadly.

The source only talks about TVs from US, Canada, and Latin America (Puerto Rico, Mexico, Chile, and Peru) – nothing from Aus. My TV is a KD65X8500E which I assume is an Aus model, so nothing yet…

and ours is still Android 7.0 from last August I believe… hopefully it’ll come to us soon.

While I love the idea of the Sony TVs, the experiences have left me disappointed. Performance is average at best and the update scenario is a nightmare. I, of course, want the latest update but I would at least settle for a security patch. One of my Sony’s hasn’t really been touched since 2015/2016. Horribly out of date.

I feel similar to you. However, my TV is hooked up a power saver power board. So, every time i need to turn my tv back on, it’s starting up from scratch so it takes longer.
And, i also believe that they skimped on the SOC that they included in the TV. The performance could have been so much better if they invested in a better one.

Agreed. Either skimped on the hardware or poor integration between software/hardware. Regardless, for my next tv i’ll probably go for panel quality v lightest touch software. Wish the situation with Android TV units like Shield was more robust as well. I’m curious whether Sony is just dragging their feet with updates because it doesn’t make any money or if there is a genuine problem with pushing updates out. For me surely the architecture wouldn’t change that much between the varying units?

The architecture is very similar in terms of hardware. And that is what i think the problem is. Walking in to Harvey Norman and having a look at their A1 and A8 series TV’s, I straight away tried clicking the menu button to see how long it’ll take to ge tthe menu up… Not much better than my 2016 model. Looking at all the advancements that have been made with mobiles and the varying CPU’s that are available… it make me wonder what OnePlus could do if they produced a TV?… In saying that, though, it probably wouldn’t be available… Read more »

Apps disappear randomly, the TV needs to be restarted for certain apps to work, the sound can sometimes go weird and overall it is a laggy experience.

I was really hoping my TV was on the list!

I have the same model and I honestly believe it’s not fit for service anymore. It takes me about a minute to be able to change the HDMI channel after turning it on from standby, ARC audio has started randomly dropping out for a second at a time after the latest update, the menu is just so slow to do anything. I often open the wrong app because I’m not patient enough to wait for how slow it is, the purple smear on motion in dark scenes is unbearable (exasperated wth a HDR source), how aggressive dimming is in HDR… Read more »