The hype is building for the Samsung Galaxy S10 line announcement in San Francisco in two weeks time. Each day we are seeing a new detail of one of the phones be revealed on February 20. Tonight our favourite leaker has revealed one of the colours for the Galaxy S10.

Over on Twitter Evan Blass, aka @evleaks, has shown off a picture of what appears to be a Samsung Galaxy S10+. While the photo does not reveal anything new regarding the hardware you can see the triple rear camera meaning it is most likely the Galaxy S10+. 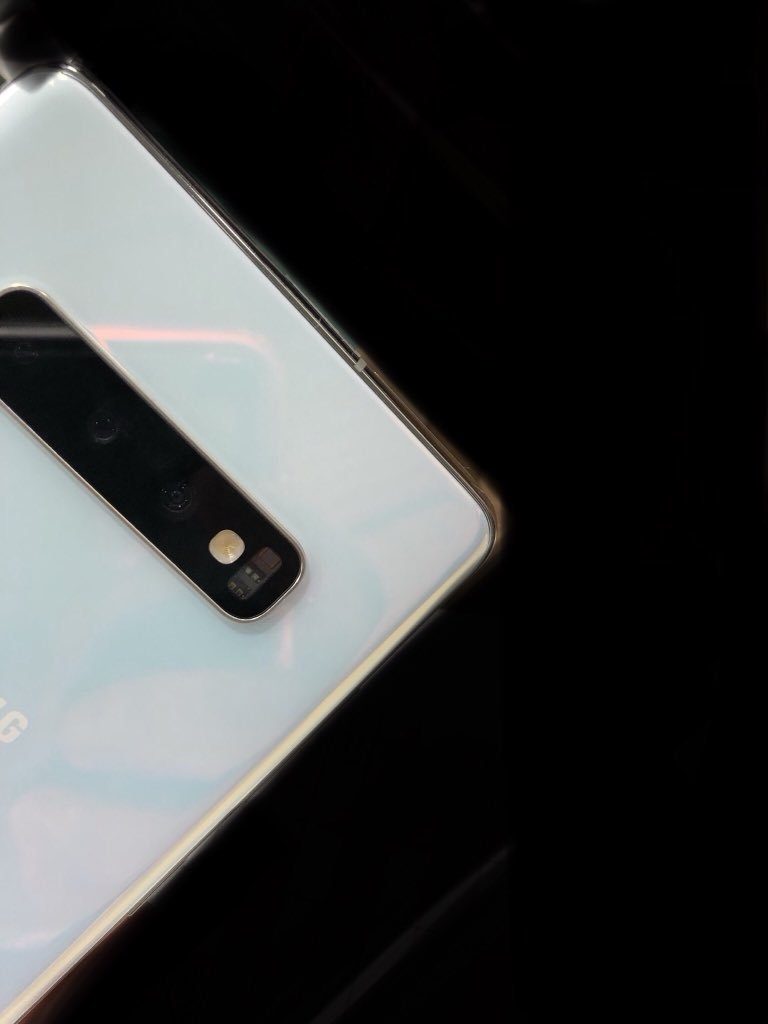 What we don’t see though is a fingerprint sensor, lending credence to the belief that the Galaxy S10 will arrive with an ultrasonic in-display fingerprint sensor. One other thing to note about the image is the stunning colour of the phone — that seemingly pearl white colour is not doubt going to be a hit with a lot of people (although that colour may be a result of the reflection of the person taking the photo).

Samsung seem to be pulling out all the stops with their first flagship of the year and after a couple of lacklustre years with some decent but not overly great phones this could be the year where they once again show everyone just what they can do when they truly focus on producing a great phone.

Stay tuned for the announcement in just over two weeks time — we will be covering from pillar to post and will be doing our best to get as much hands on time with one of more while in Barcelona for MWC.

Another colour Australia won’t get. Surprise me Samsung! Bring these nice colours to our neck of the woods, not just White and Black!