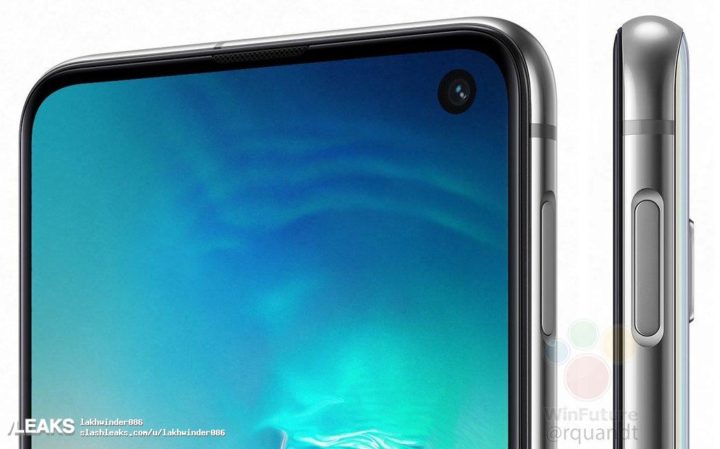 It was revealed through various leaks early on that Samsung would be revealing three different phones in the Galaxy S10 range this year. The names of the two headliners is simple to figure out but the third was often referred to as the “Lite”. My twitchy face will no longer have to deal with writing that word with this phone as today it has been revealed that it is in fact going to be called the Samsung Galaxy S10e.

The baby sibling of the two big brothers passed through the NBTC certification agency in Thailand as revealed by MySmartPrice earlier today. The Galaxy S10e with the model number SM-G970F / DS passed through with the other Galaxy devices but they did not reveal anything else aside from the name.

Tonight some more details have been found when leakers Slashleaks got their hands on some photos of the Galaxy S10e. The photos show the presence of a power button which sits nearly flush with the side of the device, a Bixby button (yes it just won’t die) and of course a volume rocker. The interesting part here is that power button – sitting flush it is different to the other buttons and it is assumed to be because Samsung have placed the fingerprint sensor inside it. There is no fingerprint sensor on the rear of the device and it is unlikely Samsung would place an in-display fingerprint sensor on a device other than a flagship at this stage.

The phone has some larger than usual bezels around the sides but the top and bottom bezels are relatively small. Of course the top bezel can be made so small because of the presence of the circular cutout in the display to house the selfie camera. According to the photos the cutout appears to be a decent 5mm in diameter.

It seems that Samsung are extending the status bar to include the full size of the cutout. It will be interesting to see if they give the user the option to hide the camera with a black status bar — if not there is always my favourite notch-hiding app, Nacho Notch.

Aside from that the photos don’t reveal much more. The phone is expected to arrive with a 5.8 inch display, 6GB of RAM and 128GB of onboard storage. At a price around the $850US it won’t be cheap but you can bet the other Galaxy S10 models will be much more expensive.

All the Galaxy S10 phones will be revealed in San Francisco on the 20th February where all will really be revealed. You can bet that Samsung have saved some interesting tidbits to surprise us on the day. We are now pretty much spot on two weeks out from the announcement and I dare say we will see more between now and then so stay tuned.

The dead pixels are as distracting as a blowfly permanently sitting on your screen.