Home News and Editorial Australian launch details and pricing for new smartwatches from Fossil, Skagen and... Fossil has announced launch details of their new and upcoming smartwatches today in Sydney. The group handles watches (both smart and traditional) for a number of fashion brands like Diesel, Misfit, A|X, Skagen and more.

The new watches form part of the Spring/Summer range (sorry, it’s all based on northern hemisphere seasons), and the brands are launching smartwatches alongside their traditional watches in the new range – a sign that brands are seeing smartwatches as an integrated part of their portfolios rather than special cases. 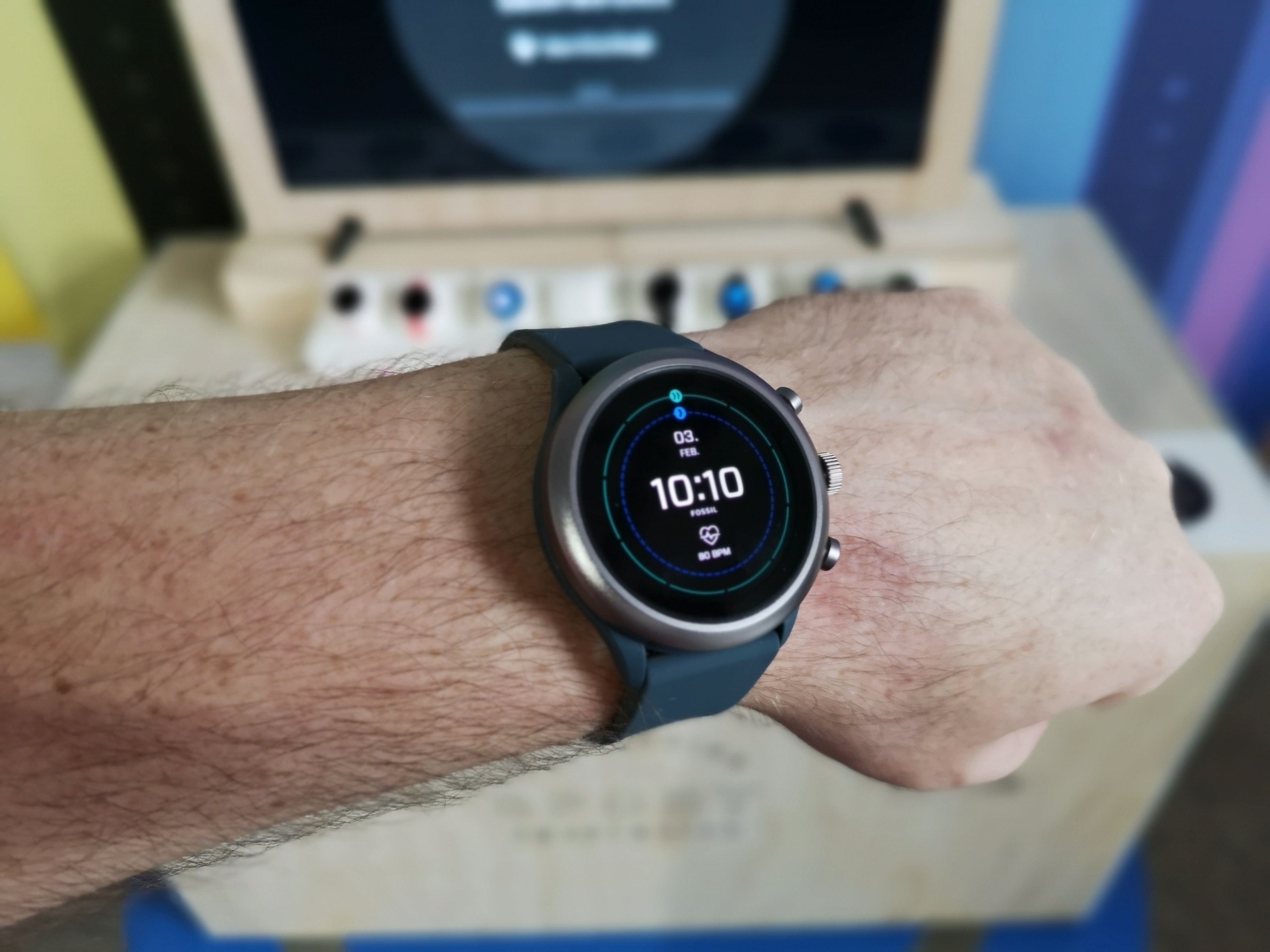 The Fossil Sport, which was the focus of today’s event, has actually been available to order on Fossil’s website for a short while already. It’s priced at $429 in either 41mm or 43mm sizes, and comes with a magnetic charger in the box.

The Fossil Sport is exciting as it’s one of the first watches with the brand new Snapdragon Wear 3100 processor on board. The new hardware makes it possible to make the Fossil Sport much lighter than we’re used to in other Wear OS smartwatches, so it’s much more comfortable on the wrist. There’s 4GB storage, a heart rate monitor, GPS and NFC on board.

Fossil Sport comes in a variety of colours, both on the watch body and straps, although it’ll also use standard watch straps so you can customise it as much as you like. 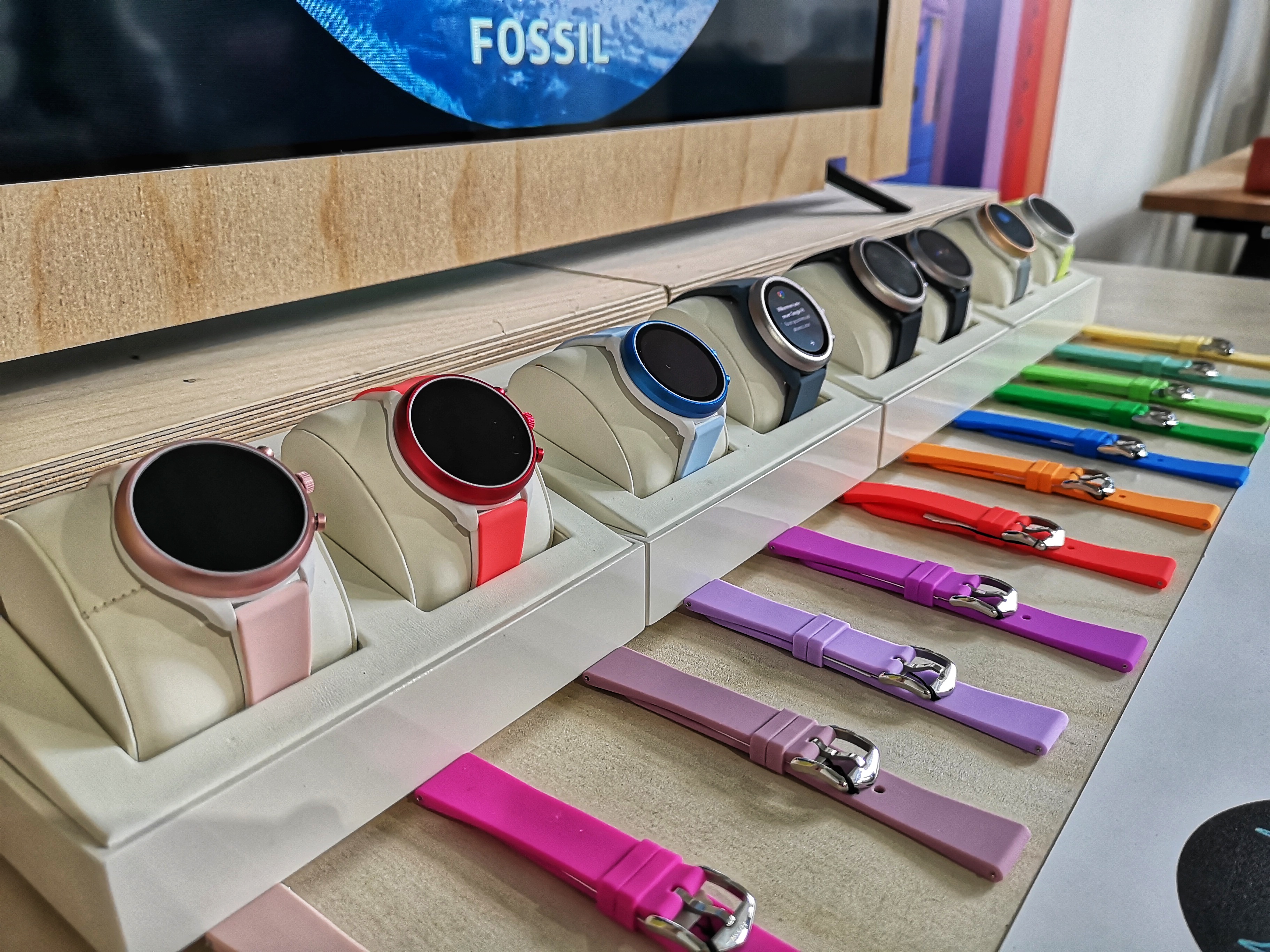 If you’re looking to get your hands on one ASAP, you’ll have to order from Fossil – this one’s not expected in retail stores until May. The Skagen Falstar is aimed at a more design-conscious consumer, and fits right in with the rest of Skagen’s watch range. The company is known for their mesh bands with magnetic attachment, and the Falstar 2 does bring the mesh band option from the company’s traditional watches into the smartwatch realm.

Falstar 2 doesn’t bring SD3100, but it does feature a heart rate monitor, GPS and NFC. If the band it ships with isn’t to your liking, you can replace it with a standard watch band as well.

It’ll be available in the next couple of months from retailers.

Also new from Michael Kors is a metallic black variant of their Runway smartwatch from August 2018. Being an update, it also still features SD2100 inside, but it does pack a heart rate montior, GPS and NFC. Runway is available in a number of variants priced from $499-$649; the new black model is launching in February. There’s also the recently-launched Sofie update, which also adds – you guessed it – a heart rate monitor, GPS and NFC. You can expect to see the new Sofie on Australian shelves in April/May priced at $599.

Spare a thought for the Hybrids

While it’s tempting to dismiss them as they’re not running Wear OS, Fossil also does <em>hybrid smartwatches</em> that have some smart functions built in without going the whole hog with the full-front screen.

These watches still connect to your phone via bluetooth but generally don’t look like a smartwatch (in case you’re a bit self-conscious about it) and offer some basic functionality like moving hands to preset positions when particular people call. They’re also much cheaper (unsurprisingly) than a smartwatch, with some models coming in from $269. If you’re not ready to jump in with both feet on a smartwatch but want to add a bit of functionality on your wrist, maybe these hybrids are for you.

Was looking forward to hearing about new watches….however it is clear now that the Fossil Group doesn’t plan to launch anything until Northern Autumn 2019.
I’ll wait for MWC in a couple of weeks but doubt any manufacturer will leave it any later for the Northern Spring/Summer to announce new SD3100s

JB have the Misfit Vapor 2 and Skagen listed now.

I’m so confused by this, the Sport is available now in store and online. The Falster 2 has been out since last year…

Am I missing something? Haven’t these watches been available for months? Are they dropping the price or something?

I have had the Skagen Faster 2 since October last year.. how is this news?!