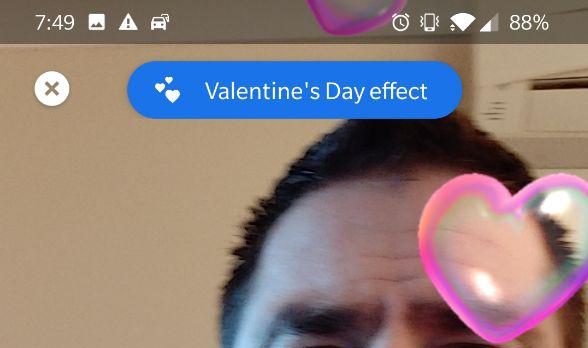 Google Duo has had a slow introduction to the marketplace but slowly Google have been adding new features to it. Recently they added video effects to video calls and messages and today we are seeing an effect roll out just in time for Valentine’s Day tomorrow.

According to 9to5Google there is a notification that pops up telling you that you can “try a video effect for Valentine’s Day”. For me though it did not appear at all. Once I swiped down into the video message UI there was a “Valentine’s Day effect” toggle at the top of the display.

When toggled on bubble hearts appear from around you (it must detect the edge of you using machine learning) in the video message and float upwards until they eventually pop, like a bubble funnily enough. This special effect will not and did not work with a video call but instead only with a video message.

If you have a significant other you want to impress for Valentine’s Day why not sent a Valentine’s message to them with these special effects in Google Duo.