Kogan’s latest phone, the Agora 9, is a true budget phone — it is $188 plus shipping for the phone or you can purchase the Agora 9 Ultimate Combo which includes a screen protector, clear case and a Kogan 64GB microSD card for just a dollar more: $189 plus shipping.

At this price it fits into a lot of people’s wheelhouse- a cheap phone that makes phone calls and does enough to get you through the day. For this reason we decided to put it through its paces and see whether it is worth that $189 price tag.

Let’s face it. For a phone that costs just $188 you should not expect decent specs by 2019 standards – and you certainly do not get them. The design is incredibly simple. It is a very basic black box made from some form of plastic with a silver outline around the fingerprint sensor on the back. The Kogan and Agora 9 branding are on the rear of the device and are relatively subtle.

The handset does have an 18:9 aspect ratio which is decent for a phone of this price. The display is a 5.45 inch HD resolution LCD display which is decent but not great. Comparing it with the AMOLED displays of flagships is just not fair. It is not as vibrant as a flagship and not as bright but it is decent. The colours are decent and the brightness is plenty enough to see in most indoor light situations. It struggled a bit more outside in the bright Summer daylight which was a let down but not unsurprising.

Inside, powering the Agora 9, is a quad-core Mediatek MT6739 with just 2GB of RAM and a measly 16GB of onboard storage. The RAM is adequate for light use but if using extensively you run into issues with apps closing.

The processor is not great- it is slow but at the same time it is steady – it chugs along consistently: I am comparing it with my OnePlus 6T which is one of the, if not the fastest phones around. After using the Agora 9 for a few hours you get used to the slow transitions and opening of apps. By itself it is probably acceptable for some but not most people. It is fine for someone such as my Dad or Mum who are most definitely not power users.

The paltry amount of onboard storage can be increased by adding a microSD card up to 128GB to the SIM card tray. The phone has two SIM slots but one is only 2G and thus useless here in Australia – this is why it is not advertised as a dual SIM phone. The rear of the phone has a fingerprint sensor and you guessed it, it works albeit slowly.

There is some limited 4G support for Optus users on the Kogan Agora 9, with Kogan listing LTE bands for all the Telstra/Vodafone bands B1/3/5/7/8/28A – missing is the Optus B40 4G+ network used in some metro areas.

The battery of the phone is a 4,000 mAh battery and seems to last for well over a day, getting close to 2. I reckon with someone who would buy this phone, not a power user, it should get over 2 days quite easily. Unfortunately if you run out of power don’t expect any super dooper *insert proprietary name here* fast charging on this budget device: 5V/2A is all you are going to get. Charge it overnight because if charging during the day it will take a long time.

Is the software any good?

The software is plain AOSP Android with no frills- this is why is can run constantly, albeit a bit slowly, with some extremely minor specs. I like pure Android and it was easy to use having used it forever. The problem with this pure Android is that it is Android 8.1 Oreo – released a long time ago. It is very unlikely, and I would wager a fair chunk of change on it, that it will never see Android 9 Pie: see below.

There are a few “value added” apps installed –

Is the camera decent?

For this price you should not be expecting Pixel 3 or Mate 20 Pro standard images. In saying that it would take an extremely bad camera for it to be unacceptable — most cameras these days take decent photos and the difference is in the detail.

The Agora 9 has a 8MP lens on the front and the rear of the phone. Nothing spectacular but they managed to take photos that were decent. The camera app is very Nexus 5 — which is what AOSP is. Basic but gets the job done without any frills. 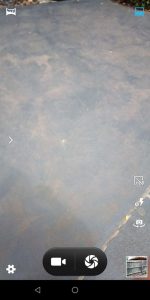 Old school AOSP HDR is present, and is essential for low light photos, takes a loooooong time to capture the image (as it always did with the old Nexus phones) and as such most of my low light photos with the Agora 9 were blurry. As such low light struggled but in broad daylight, as you would hope, the camera was just fine. If someone only spends $188 on a phone there is a fair bet they are not going to be expecting cutting edge photography — and also unlikely to be able to tell the difference.

It’s all about the overall experience right?

This phone reminded me very much of the Huawei Y5 2017 I review a couple of years back. It is a plastic box and although solid is still plastic and feels it. The phone overall is slow when compared with flagships but then this phone is about one tenth of the cost of some flagships these days.

Although it is slow it is still acceptable and when you consider the price it is definitely acceptable. The software is basic but that is all you need and due to the basic AOSP software (and lower res display) it runs for a long time and continually. It may be slow but it chugs along. To be honest after using it by itself for a while you tend to not notice its speed and is slightly less annoying until you go back to a faster device and realise just how slow everything took.

In the end there is a place for most phones and there is one for this – very very young kids or very very old people, such as my parents. As you may or may not be aware our brains tend to slow down as father time catches up with us — this phone is for those people.

Updates have always been an issue for Kogan

Updates are something that Kogan have struggled with in the past and seemingly will continue with. This time at least we got some answers from them regarding updates for the Agora 9:

Will the Agora 9 be receiving any monthly security patches?

We are committed to releasing updates when there are new Android Oreo version available i.e. Android 8.2 and Android 8.3 which will also have the latest security patches included. If there are no new versions of Android Oreo, we will work with our partners to release any important security updates.

Will it see any full Android version updates? I notice it is currently on Android 8 Oreo. Will it see Android 9.0 Pie – released by Google at the beginning of August last year.

While we do not have a scheduled plan for the updates just yet, all of our customers will be notified by a push notification when we release one.

As I said, at least there is an answer. What Kogan determine to be an “important security update” is unknown but it sounds like it will never see any updates. If you want a phone that will receive updates, either security or Android version, then this is not the phone for you.

If you are a person who likes tech and loves playing with decent hardware then this is not the phone for you. It was slow, the specs were average and there is nothing at all special about this phone, aside from the price. This phone is for people who don’t care about tech, don’t want to spend a lot of money, and do not care, nor notice the speed of a phone.

For older parents and grandparents this phone is just fine. The problem is that these people are also often the people who fall for scams etc. The Agora 9 is still on the October security patch and is unlikely to ever be updated past that. For about the same price you can pick up a Nokia 2.1 ($199) or for $50 more the Nokia 3.1 ($249) and both of these phones run Android Go and Android One straight from Google and will continue to see not just security updates for three years but also version updates for two years.

That makes the Agora 9 a hard sell. It is cheap and it runs just ok. Slow but constant. Reliable without being spectacular in any way. If you are interested in one head on over to Kogan and check out the Agora 9 for $188 or for much better value the Kogan Agora 9 Ultimate Combo for just $189, although I would suggest you check out the budget Nokia’s first.

I’ve had this phone for 6 months, and the main issue is, and it may be just me but I cannot for the life of me get the phone to store anything on the 128g memory card, some random stuff (apps) make their way on there but nothing allows me to use it as a storage option, in fact when you try the transfer process it only seems to try move files from the micro sim onto the phone sim. Also yes the micro card is being picked up by the phone. I’m at the end of my wits, due… Read more »

I got this phone it has an overheating problem and the camera is poor Then and after a few weeks the screen separated from the base and it stopped working. Kogan’s after sale service is horrendous After numerous emails I am yet to get any anywhere with this. My advice is don’t buy this phone and don’t shop at kogan.

What did you expect from Kogan ? Sorry but many people have been saying the same thing on here for years. They are terrible.
Sorry you had such a bad experience but that is par for the course with them.
Go to the ACCC and register a complaint.

Our just get a Xiaomi A2 Lite on eBay. Solid phone for around $250 with a great screen and build. With Android 1 as the OS

It’s time to boycott phone manufacturers that do not supply prompt and swift software updates. Why buy a phone from a manufacturer that will abandon you?

I’d agree that Nokia is a better bet, because Nokia is the best for updates, apart from Google itself.