The state of WearOS is very much up in the air, we’ve quite openly stated that it’s hard to recommend WearOS and that something special needs to happen and in a big way to really integrate it to the Android ecosystem in the same way that the Apple watch works for iOS.

Being a market in limbo doesn’t stop manufacturers from trying to make it work and Mobvoi are actually doing a surprisingly good job of it with their current batch of watches which range through from the performance hungry user, to the budget conscious who will sacrifice some performance to keep their bank balance in the black and it’s the budget range that the Ticwatch E2 falls firmly inside.

It’s designed for outdoor use, to take a beating and operate in the great outdoors. It’s waterproof to a depth of 5 meters and has a (supposed) 48 hour battery life even with the GPS functionality and other battery hogs installed.

At first the TicWatch E2 didn’t excite me, there isn’t a killer feature that makes it stand out above the rest of the pack. But then talking to Scott, he mentioned that the S2 which he’s reviewed hasn’t lagged noticeably at all – then I realised, neither had the E2.

It’s got a really easy to read 1.39” 400 x 400 px screen and a reasonably comfortable band which makes adjusting to it from another watch (my first gen Huawei Watch) really easy. The functions are fairly simple on the surface but when you dig a bit deeper (into the Mobvoi app and fitness functions) there’s quite a bit to utilise and enjoy. Being all black, the look and feel is targeted at outdoor users and (as already mentioned) quite solid, with the band being silicone to give it a longer life than plastic or even leather which wouldn’t look as sporty, or last as long as it perishes a bit with time and smells bad if you sweat a lot.

That being said, it uses a standard 22mm watch band so you can change the band quickly and easily to suit your want or need at any given time.

I quite like the way that Mobvoi have integrated the side button into the watch build. While it’s still there and easy to access, it’s also low-profile enough to not be accidentally trigger it while you’re on the move. This design makes the watch not just functional, but also quite aesthetically pleasing.

The TicWatch E2 watch face is 46.9 x 52.2 x 12.9mm which puts it on the larger side for watches and probably rules out anyone with smaller wrists for it to be practical to wear. The Polycarbonate body makes it extremely lightweight, as well as tough enough to take something of a beating.

It runs a range of sensors to allow the fitness tracking functions of the device. This covers HR sensor, accelerometer and a gyroscope which keeps your step counts accurate and works with the onboard GPS during outdoor activities to track your performance. The connectivity is really basic offering Wifi 802.11 b/g/n and Bluetooth 4.1, but being honest – on a device like this it’s all you need. Keep in mind, there’s no NFC here – so if you’re looking to use G Pay, you’re out of luck here.

It all runs on WearOS, powered by a Qualcomm Snapdragon 2100 (perhaps disappointing if you’re hoping for the 3100), but it’s a budget device) with all the excitement you’d expect from a device with Google Assistant on board and a 415mAh battery with claims of 2 days of battery life (No… but I’ll go into that shortly) and to be 5 ATM waterproof which makes it waterproof to 50 meters depth for up to 1 hour.

The app and activity tracking

You don’t need to watch the app much as the information is available at your fingertips when you’re wearing the watch. It’s a really simple way to view your data but I’m not sure just how accurate the data capture for daily (passive tracking) is.

The reason I say this is that I wear a MiBand 2 all the time and have compared that to multiple WearOS devices as well as Garmin and found about a 10% discrepancy between them. This could be explained by the fact the MiBand is on my right wrist and watch on the left. But a difference of over 3000 steps in a day is a bit hard to explain away by this difference in wrist. I found the TicWatch didn’t seem to start tracking steps until you’ve been moving for at least a couple of minutes which meant that during the day it was potentially (and quite literally at times) not counting a few thousand steps.

Personally I think that’s okay though for a couple of reasons: The fact that its a budget model means that the sensors aren’t necessarily going to be the same quality as that in a $500+ Garmin watch. The other is that if you’re getting an entry level smartwatch like this, activity tracking probably isn’t going to be your primary driver for getting it. It’s good indicative data, but I certainly wouldn’t rely on it if you’re doing a step challenge.

So there’s a pretty outlandish claim from Mobvoi that the TicWatch E2 battery can last up to 2 days. There’s a * next to that with the caveat that battery life “varies with usage”. Given my usage brings the TicWatch E2 to around 20% remaining at the end of an average day and totally dead battery some time before I go to bed on a big day.

I can only assume as I’ve not managed to do so that to get 2 days from the battery would only occur if you block the majority of notifications from going to your watch, particularly persistent ones like group chats. Perhaps even allowing only call notifications, or even running the TicWatch E2 as a watch/step counter only with always on screen turned off.

To put into context my daily usage pattern the watch usually comes off charge at around 7am and goes onto charge around 10:45 pm. In this time, I’ve got 4 email accounts running, a couple of group chats (which generate a TON of notifications when they get going!), my security cameras and doorbell which send notifications on movement alerts and a few social media accounts.

So being as fair as I can to the TicWatch E2 it’s well and truly on par, if not slightly better than other WearOS watches I’ve used across the last 12 months or so.

What’s good about the TicWatch E2?

There’s a lot of issues with the WearOS market at the moment starting with the fact that Google don’t really take too much control over it, leaving manufacturers to do what they like with many features and causing some fragmentation.

But when it comes down to the day to day functionality of the TicWatch E2, I’ve found it to be very reliable and consistent in its performance. In fact I found the general performance of the watch superior to several far more expensive watches I’ve uses recently as well with minimal notable lag moments and a surprisingly responsive touch interface. All I can really say here is well done to Mobvoi for delivering a solid WearOS experience on a really tight budget.

I mentioned in the introduction that the TicWatch E2 is very much focused on the budget conscious user, currently on the Mobvoi Website at $238.99AU which for what you’re getting is quite the steal.

What’s really impressive about the E2 is the consistent, predictable and very usable interface and that’s before you take into account the cost of the device. The TicWatch E2 offers a really easy entry point into the WearOS market and I honestly would happily recommend anyone who is looking at a smartwatch to try it out. It’s a bit disappointing that (without blocking a lot of the notifications) I wasn’t able to get anything beyond a single day of use from the battery where there’s a vague and somewhat, unrealistic promise of 48 hours – that being said, a full day (6:30am – 11pm) was a very regular occurrence so it’s going to meet the current usage of most users.

Mobvoi have clearly demonstrated (showing some other manufacturers up badly) that with the right hardware an optimisation pathway, you can deliver a solid and worthwhile user experience on WearOS.

Mobvoi have done an excellent job with WearOS, delivered it on a budget and if you’re looking to get your first smartwatch or replace one that’s a generation or two old, the TicWatch range should be on your shopping list. It dropped into my daily use patterns without an issue and I’m confident that it will for a huge number of current and potential users. 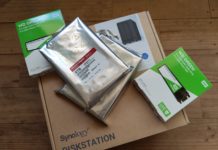 Synology DS720+ Review — A NAS to meet changing needs, but at a price

My experience is that more recent trackers report higher counts/steps. My guess is they’re working on the psychology that users feel better with over-reporting than under reporting.

I have a Xaiomi Amazfit. Compared to my old Fitbit it is about 3000 steps different. I set my goal at 7000 rather than 10000. BUT that is because some fitness trackers overcount. My fitbit would add steps just driving the car or riding a bike. The Amazfit will not count anything less than 10 steps as it considers that walking three steps to pick up a coffee cup is of no real value. So the question is how accurate do you think your MiBand really is? I trust my Amazfit to give a more realistic estimate of exercise value.