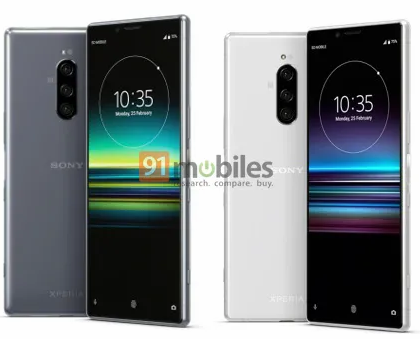 Rumours of the Sony Mobile’s death (in Australia, at least) have been greatly exaggerated. While sales of Sony’s mobiles in Australia haven’t done especially well in recent years, that doesn’t mean that they’re not doing well elsewhere.

If this leak is anything to go by, Sony’s planning a big showing at MWC 2019 with four new handsets leaked from the Japanese tech giant. 91Mobiles has shared images of the four upcoming phones, including the flagship Xperia 1, Xperia 10 and 10 Plus, and entry-level Xperia L3.

The Xperia 1 sounds most interesting of the four, and is clearly aimed at the flagship category with a 6.5-inch 21:9 display, but the rumoured 3,300 mAh battery is a bit on the underwhelming side if true. Dual and triple rear cameras appear across the range, and it’s about time for Sony to catch up here; single-lens camera systems just aren’t going to get very far in 2019.

So, without further ado, here’s the specs and details for the four leaked phones – let us know what you make of this. Sony’s MWC event is coming up Monday morning European time (so Monday evening for those watching back home), and even though we’re not expecting Sony to bring any of these products to Australia, we’ll keep an eye out for what’s announced just in case.

4k on a phone what is the point again?

I really wish Sony Australia would bring them here. I’ve been Sony Mobile user since a long time ago and have never switched to any other brand. Would love to get Xperia 1

I’ve had Sony’s since the z3+. I work in construction so they take a battering. Samsung’s couldn’t hack that. If only they’d jump onto the Android One bandwagon (since their skin is close to stock anyway) I reckon these new additions could turn their fortunes. If they go the I suppose my best alternative would be a Nokia. We’ll see.