HMD Global has consistently brought reliable hardware to each segment of the smartphone market, and at their pre-MWC press conference today they have continued that trend by introducing two new midrange devices, the Nokia 3.2 and Nokia 4.2.

The Nokia 3 and Nokia 4 range has been known for offering competitive specs at the value end of the market, and this year’s products continue that trend. HMD is continuing to use Android One on its devices, with both of the new phones running on Gooogle curated OS experience.

This means that both the 3.2 and 4.2 will launch with the latest version of Android, Android 9.0 Pie, as well as receiving 2 years of OS and 3 years of security updates.

At this end of the market, that represents excellent value and peace of mind. Return of the Notification Light

A new design conceit that HMD Global is introducing into their Nokia phones this year is a pulsing notification light in the frame around the power button.

It’s been a while since we saw a notable notification light on an Android handset, with phones often deferring to ambient always-ing displays instead of a light – but it’s good to see a dedicated light make a return.

As you’d expect, the notification light will pulse or “breathe” when the phone has notifications waiting for the user’s attention. Assistant at the Touch of the Button

Besides the single click functionality, two-clicks gets you access to the Assistant “what’s on my screen” feature, and you can press-and-hold to use “walkie talkie” mode to immediately start speaking to Assistant without having to say “OK Google”. 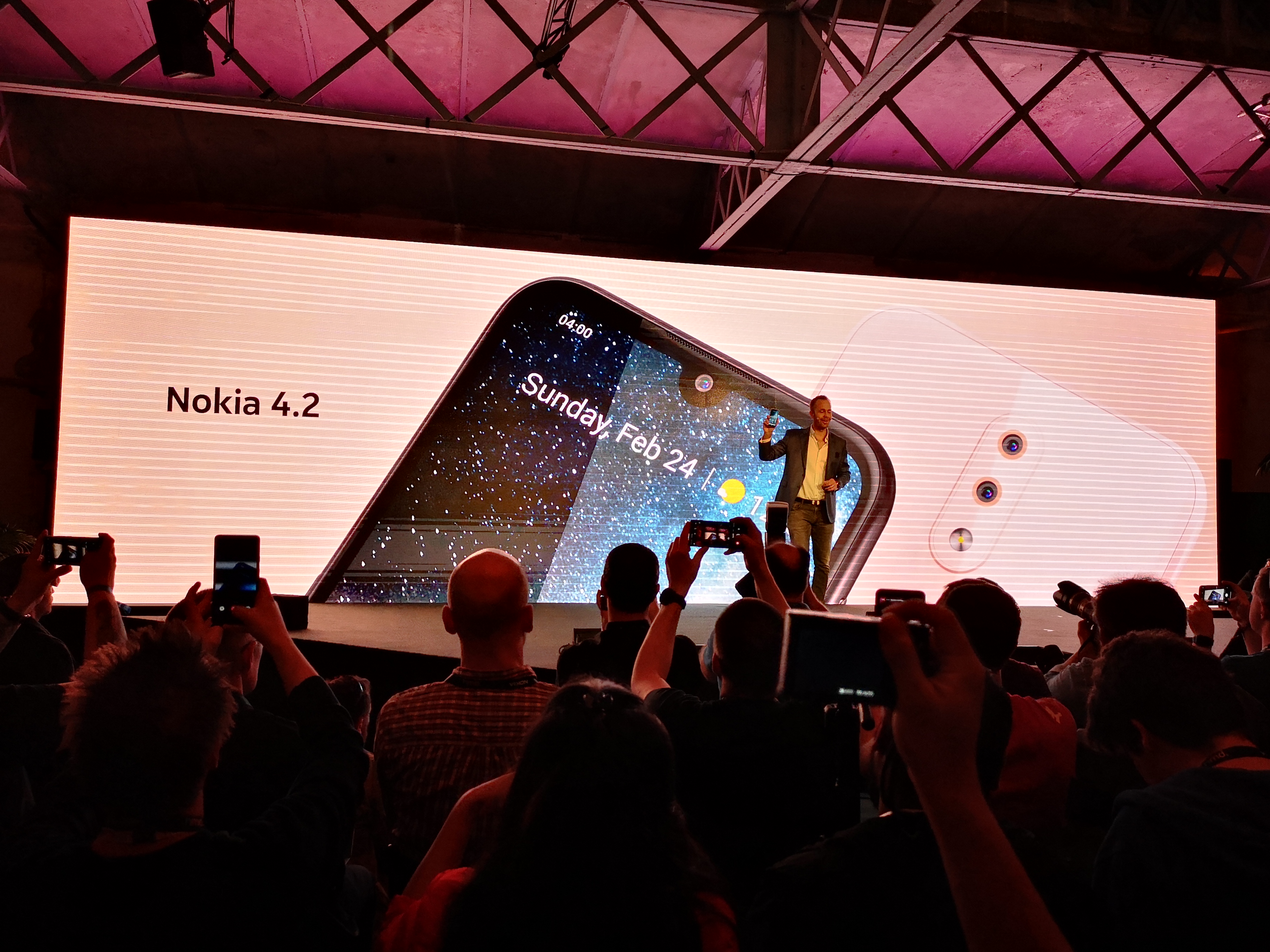 The Nokia 4.2 represents the entry point for a full-featured device, with a fingerprint sensor, NFC and dual camera all featuring alongside an 5.71-inch display, 2 GB of RAM, 32 GB of internal storage and a Snapdragon 439 SOC.

Camera-wise, the Nokia 4.2 features a dual rear camera with 13MP main camera and a secondary  2MP depth-sensing camera. Depth editing functionality will be available as a post-processing option, with the feature being added to Google Photos to debut on these phones.

Around the front, you’ll find an 8MP camera for all your selfie needs and face unlock functionality.

You’ll also get the new Assistant button and notification light in the power button light. The Nokia 3.2 represents the entry level for Android One devices featuring a larger 6.29-inch 19:9 display, a Snapdragon 429 SOC, and up to two days battery life out of the 4,000 mAh battery.

There’ll be two SKUs available – one with 2GB RAM and 16GB storage and the other with 3/32. MicroSD expansion is also supported, up to 400GB.

There’s a generous 4,000 mAh battery that the SD429 should sip, and with Pie’s battery saving enhancements on board HMD is claiming up to two days battery life.

As with the 4.2, you’ll also get the new Assistant button and notification light in the power button light.

With a launch RRP of $139 the Nokia 3.2 should be a popular phone for many people. We’re waiting to hear from HMD Global regarding local pricing and availability for both phones.

Just noticed something else, with the final pic in the article, is that a new Android One logo?

It was Jen, well spotted

Dedicated assistant button. Didn’t HMD bother to try to learn anything from how LOATHED the Bixby button is on Samsung devices?