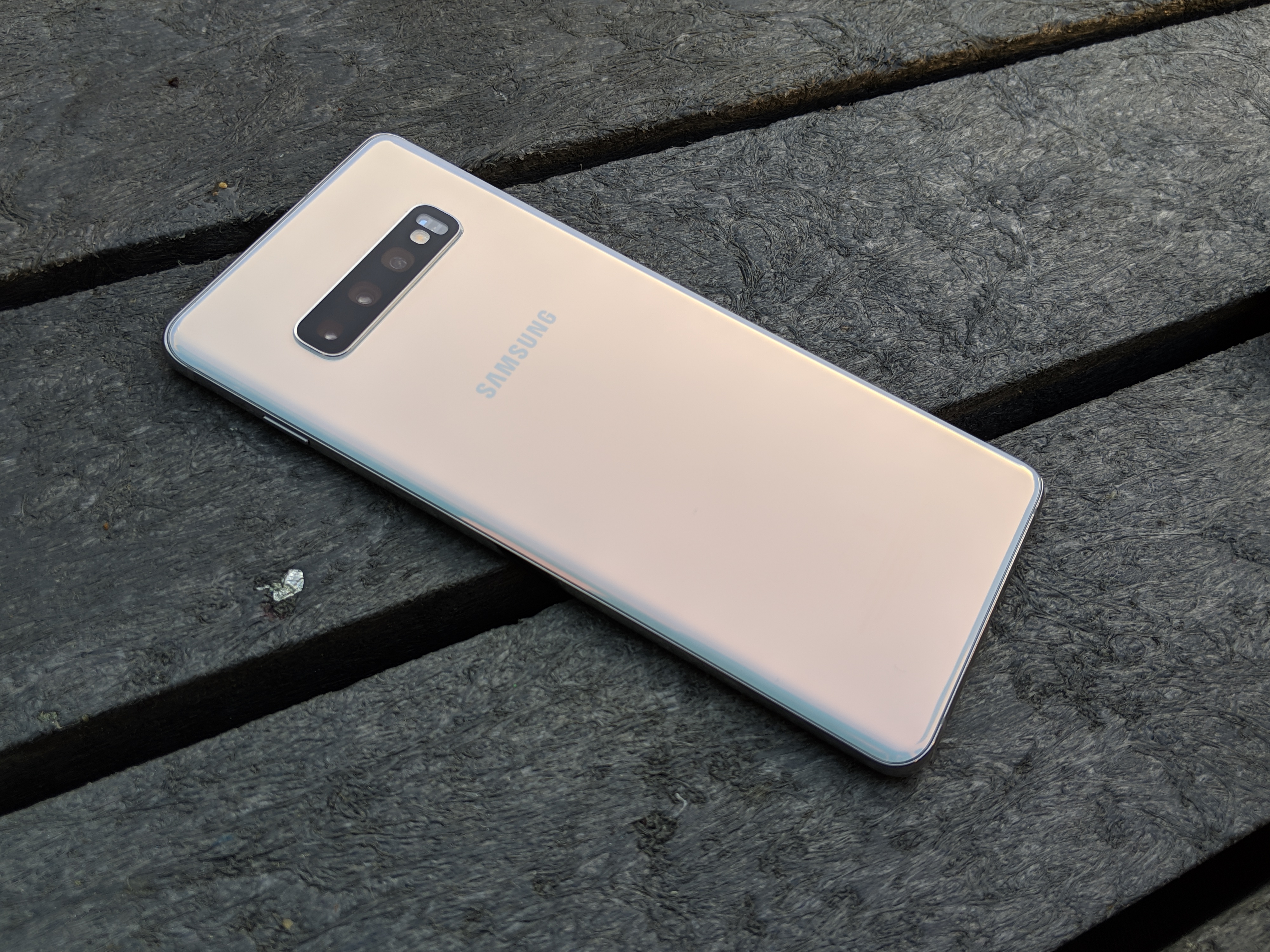 Samsung is a behemoth in the smartphone industry (and many others) and as such they need a smartphone befitting of their position in the industry. This flagship release they are banking on the Galaxy S10+ being that phone.

We managed to get our hands on one less than a week after its announcement and for the past 24 hours have been putting it through its paces for our first impressions of Samsung’s next best-seller.

What follows is not our usual, extensive, thorough review of the Samsung Galaxy S10+ but instead my quick thoughts on how I see the Galaxy S10+ and where it could improve and where it kicks goals.

I’m not going to go over the specs of the device because whoever writes the longer term review for Ausdroid will do that. I’m going to talk about my first impressions of the device and make a few quickly-formed judgements based on these. We received the Prism White colour of Galaxy S10+ and although it is not the higher end Ceramic White it is a stunning colour. We saw this colour leaked a while back by Evan Blass and the pearl-type colour lives up to its hype. As an added bonus the white/light colour makes it difficult to see the fingerprints on the back of the device unlike so many other glass-backed phones.

The phone is extremely thin and light and feels very nice in the hand, weighted well from top to bottom. Once again Samsung have included the Bixby button and although I have not had a chance to use it much it did not recognised my voice very well in the setup so it does not bode well for Bixby. I tried to remap the Bixby button as The Verge did but it seems our handset is a version of software behind theirs and the option was not there, yet. The Bibxy experience will be covered in the full review in time.

Turn the phone on and the display just bursts out at you. Their new 6.4 inch Dynamic Infinity AMOLED display shows that Samsung really do save the best displays for themselves (and why shouldn’t they). The colours pop, even on natural colour which I preferred over their Vivid mode.

The curved edges did lead to a few accidental mis-touches but the more I used it the more infrequent these became. That cutout display has been hidden at every opportunity by Samsung and it was not intrusive at all, even in the most obvious of times and I was used to it in no time. 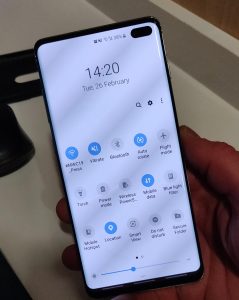 They setup of the phone was not as smooth as I expected and hoped (as I was doing it while waiting for an event over hotel Wi-Fi. It told me that only Samsung phone to phone setup could be used for wireless setup so I connected the cable and set it up that way.

After it had then started transferring everything it came up with the usual option to restore from an older phone’s Google Drive backup. I thus ended up with far too many apps installed on the device and had to removed a vast majority of them – keeping it clean for the first impressions.

I have been critical of Samsung’s UI/UX in the past but no more. They have a lot of options sure, but there is basically an option for everyone no matter how you want to use your phone. I saw an article or impression from someone saying the home screen icons were too large but guess what, there is an option to make them smaller.

Their launcher has a lot more options than it traditionally has had but it is one I think I could use permanently with a few tweaks — there are a lot of hidden options.

The Settings UI houses so many options it can be difficult to find them so the search bar is used, often. The rest of the UI seems fast and responsive. If you get this phone it is unlikely you should see any issues with the speed of the UI.

The Galaxy S10+ camera – for the moment – sits atop the DxOMark smartphone camera tree. The triple rear camera lives up to the results when used by an amateur photographer such as myself. The camera was quick to focus and snapped shots that were well lit and in focus. There are a large number of options in the camera app as well as AI modes for detecting the scenes and they seemed to work well with everything I threw at them.

One option it did not have was a night mode that all the other manufacturers like at the moment. As such, the night shots were dark in comparison but were a better representation of the actual scene – but at times this could be a bad thing if the scene is more dark. See below for a comparison with the Pixel 3 XL from our AirBNB apartment.

The ultra-widescreen mode of the rear camera worked extremely well and was very handy for capturing information from a wide field of view. As you can see zooming in to the maximum still resulted in an acceptable image

Selfie mode worked as expected with their Live Focus mode (Portrait Mode on other manufacturers) and was able to produce decent images inside and outside. Ultrawide angle selfie mode worked a treat and will great if I ever find any friends I want to take a selfie with.

The sensor and unlocking process was definitely faster than my experience with the optical sensors in other phones.

Face unlock is one of the fastest face unlocks I have used – not quite OnePlus or OPPO fast but fast nonetheless. There is an option to have the display face unlock to the lock screen which is unlocked or to bypass that into the OS. Bypassing it to the OS was perfect. Lift phone, it turns on almost straight away and almost immediately recognises the face and unlocks to the OS – and this was with me training the phone to my face in a dim hotel lobby.

Although I have only used the phone for a day I found it to be stunning in looks with an unmatched, amazing display. Combine this with thee best-in-class camera and software that have nearly every option under the sun which seems speedy in relation to years past and you have an extremely formidable phone.

I could easily see this phone becoming my go to phone but unfortunately time has come to pass this onto the long term reviewer. Fare well Samsung Galaxy S10+, I have no doubt you will achieve the success that Samsung are hoping you will.