Home Mobiles Reports suggest that HTC is looking to license its brand to smartphone...

HTC’s smartphone sales have been flagging for a number of years and they are yet to announce, and not expected to, a 2019 flagship smartphone. Now reports are surfacing that HTC are looking to license it’s brand to smartphone manufacturers in India.

Chinese smartphones dominate the Indian market and HTC have not been able to stay afloat in that country. As such they are in talks with Micromax, Lava and Karbonn according to reports from three separate industry executives. Of course HTC will receive royalties from the sales of “HTC” devices in India, a different business model but one that could be successful — it is a far cry from when HTC used to manufacture devices for other companies. 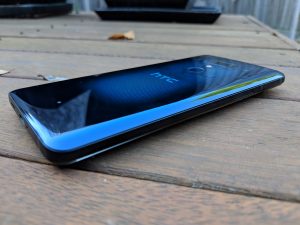 Apparently the discussions are in the advanced stages with a bidding war underway. One executive has suggested that Lava and Karbonn could team up to trump the bid of the bigger firm Micromax. The phones are expected to fight in the Rs 10,000-plus segment of the market, somewhere these lower tier brands have failed to do so far.

One executive said the ExecutiveBrands:

Since HTC used to operate in the Rs 10,000-plus segment, the brand will help the Indian smartphone makers re-enter this price segment, which is now the fastest-growing with intense competition among Xiaomi, Samsung, Oppo and Vivo.

The companies are effectively bidding for the use of the name. The reports suggest that HTC will not provide any R&D or software or hardware help. While this seems like a great idea for HTC it could also mean their name is devalued depending on the quality of the phones produced by the manufacturer who wins the bid for the use of their name.

The Rs 10,000-plus smartphone market is no more just about specification like earlier, but also about innovation

Hopefully HTC manage to license its brand name enough to stay afloat in the smartphone industry but also retain some quality control over the products released in its name. It would be a shame to see its name sullied by some low quality “HTC” phones being launched.