OPPO have made great inroads in recent years in the smartphone market based purely on mid to low range phones. Last year they re-introduced their Find line with the Find X and brought with it true flagship specs.

Now according to OPPO Vice President Shen Yiren’s Weibo post they are set to release a phone with a Snapdragon 855, 10 x “hybrid zoom” and a whopping 4065mAh battery.

Of course there is no word which phone this will be but there is speculation that it will be a version of the prototype shown at MWC although my investigation of the about page of the phone showed it running a Snapdragon 660.

OPPO are in the process of finalising a 5G phone for the Telstra network (and others around the world) so it could also be this as the Snapdragon 855 is required for 5G networks and it wouldn’t surprise me if OPPO put their 10 x lossless zoom into every single flagship type device they produce this year. 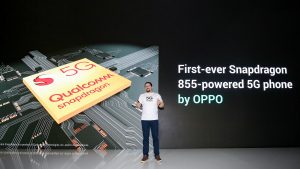 Do you really need DXO? Is it necessary to adjust all cameras according to a standard?… I don’t think I understand it, the scoring agency may have a need, but the reason for taking such a strong subjective feeling is not explainable…Just like self-portrait beauty, is it right to use a particular beautify pattern for everyone?

I feel that he is partially right here and sometimes looking at images can be subjective but the DxOMark is considered to be the gold standard in testing smartphone cameras worldwide. As such consumers look to DxOMark to see which phones have excellent camera and which don’t. 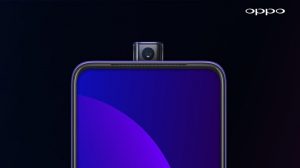 OPPO have never sent their phones to DxOMark for testing and in talking to OPPO Australia GM Michael Tran at MWC, Ausdroid were told that OPPO are going to consider using DxOMark from now on. OPPO, believe strongly in their cameras, are feeling the heat to put their money where their mouth is (so to speak) and show the world how they compare by submitting phones to DxOMark for testing. Time will tell but in the end their phones do take decent pictures but it is difficult to see where they sit in the pack of smartphone cameras.

OPPO are making a lot of news recently and for some good reasons. As consumers we have a lot to look forward to from OPPO this year with innovative cameras on both the rear and front of the device and a 5G device as well. I for one can’t wait to try out some of their offerings.

Do OPPO still have a dreadful reputation for security and OS updates?

yes. they are listening to us though and have been slowly improving over time. i suspect with their push into europe more we will see their skin improve a lot…

They should use OxygenOS from the sister company for international phones

If they made an Android One version, I’d snap it up in a second after being underwhelmed by the Nokia 9.