OPPO’s ColorOS has been one of the most polarising Android skins since Android began its existence. Since that time it has evolved into something acceptable to most but still has some way to go to be considered one of the best. Overnight OPPO announced the next evolution of their ColorOS hoping to deliver the improvements that it needs to me more acceptable.

ColorOS 6 brings a redesign on top with new icons, graphics and a different colour scheme. OPPO are following a scheme called “White Cloth” which is a calligraphy term referring to the arrangement of works and their relationship with lines. Yep, sounds like mumbo-jumbo right – now they just need some Pantene treatment on their device colours?

The end result though is decreasing the density of information on the page. The new design is more modern and lightweight with less in-your-face information giving a much more pleasing visual effect.

Along with the design, OPPO has tinkered under the hood of not just ColorOS but Android itself. They have optimised the source code apparently although it is unclear at this stage exactly what they have done and have improved their own touch driver, rendering output and CPU scheduling. This has reduced the touch delay by close to 40ms making the touch response more accurate with less lag. 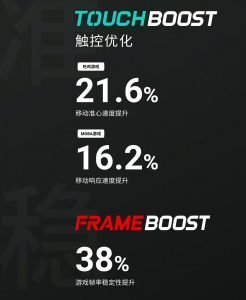 They have also included Breeno, their in-built digital assistant, into the OS but according to OPPO Australia it will NOT be installed on the phones coming here (at this stage). If it did we expect Breeno would live alongside Google Assistant to compliment it.

While we have a lot of screenshots there is still some of the finer detail missing and we will have to wait and see it installed on a device before we can make any real judgements on it.

ColorOS 6 is set to make it’s debut on the Reno series arriving on the 10th of April but it is still unclear if this series will make it Downunder. We will no doubt see it arrive here on the R and Find series phones coming in the next few months.

As a long time critic of ColorOS I can’t wait to see what changes version 6 brings as it has improved its UX with each iteration – along with their hardware which is near best-in-class.

Will this time change it enough for me to use it every day? What do you think?

I can’t believe oppo actually brought an update out,this is a miracle, I haven’t seen an update for my r9s ever

Is there any news on whether colorOS 6 will be based on Android P?

Its a fake mobile. There is no update for oppo 11rs since its realease. Stil the same version 3.1 is running, how it can be 6 os. I would go with Nokia phone now.

Jesus Frank, don’t be a wanker.

Oppo releases! A proper noun is singular, not plural. How can someone become a writer without knowing basic English grammar?

Anyway, ColorOS is a disaster and I won’t ever touch another Oppo phone. Why they stuff up Android to make it unusable is beyond me. I think they make it iOS-like for the Chinese market so pretentious wankers can pretend it is an iPhone.