At GDC today in San Francisco Google have announced their new game streaming platform, Stadia, with a host of features and some custom hardware.

If you thought Google were building their game streaming platform for ChromeOS only you’d be wrong. It is for everyone and can be used with Chromecast Ultra, a Chrome browser on any platform, desktops, laptops, tablets and phones. The whole idea is that the heavy lifting is done off-device making it possible to game on any platform (hello 5G use-case). According to Google, “the data centre is your platform”. The off-device computing of course needs some form of hardware to run it and thus Google have partnered with AMD to create a custom graphics card that, on paper, blows away the PS4 Pro and the Xbox One X. The new card produces 10.7 teraflops, more than the PS4 Pro and Xbox One X combined. At this stage they have not released the name of the new graphics card. Not only that but Google say that Stadia can scale through multiple GPUs for enhanced performance.

The hardware stack for Stadia, revealed at the Stadia developer page is:

At launch Stadia will support up to 4K, 60fps, HDR and surround sound game streaming. 8K support is planned for the future but is not available just yet.

Google have designed Stadia as a place where gamers and and YouTube streamers can play together — each concurrent players requires its own dedicated instance which requires a fair investment by Google in their hardware considering Google want this eventually to scale to millions of users. While watching a game being streamed all a user would need to do is click “join” and they can get that game or even queue up for the YouTuber’s stream. 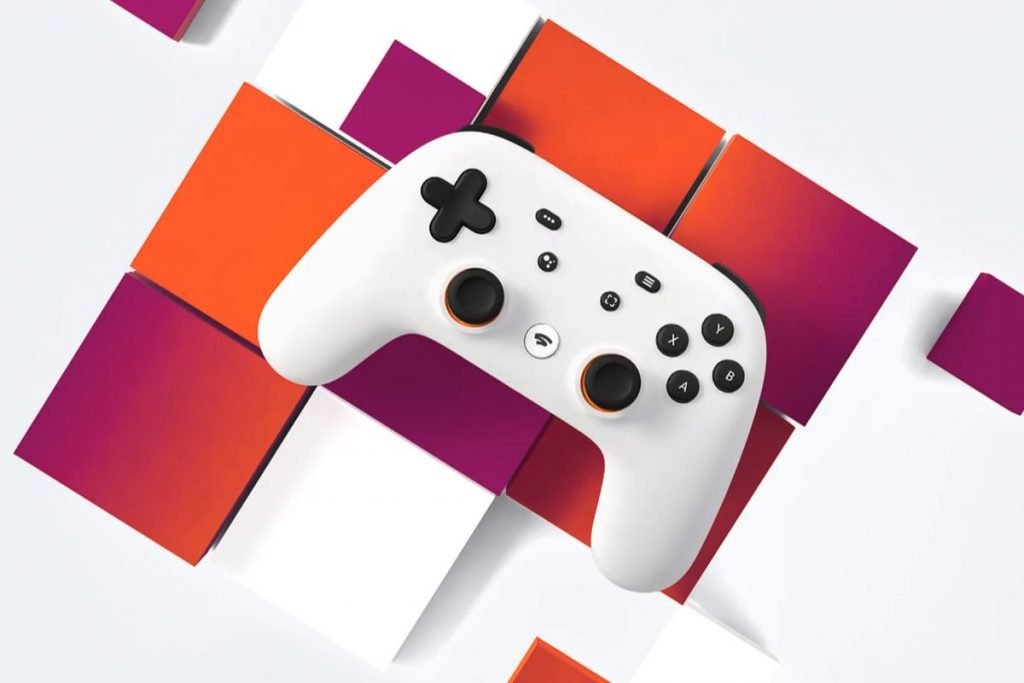 To control the games on Stadia Google have also created their own controller — as we saw leak recently. The controller does not connect to any phone, PC or device you are gaming on but instead directly to Wi-Fi – to reduce the latency of input. The controller includes all the usual buttons but also a capture button to allow the gamer to share their experience to YouTube or friends in 4K 60fps quality. Along with the capture button there is a Google Assistant button letting the gamer make voice commands or ask Google questions while in the middle of games. “How do I complete this level?”

Of course what use is a gaming platform without games. Google have announced that game developers will have to port their games to the platform for them to work and while details on which games will make it to the platform are scarce they say that more than 100 studios are preparing their games for Stadia. Former EA executive, Jade Raymond, will head the studio after she announced she had joined Google as a VP last week.

At this stage Doom Eternal and Assassin’s Creed Odyssey are the only two games confirmed for Stadia. To help push along the games available Google also announced their own game studio, Stadia Games and Entertainment. The studio will work on bringing exclusive titles to Stadia and also help all developers big and small implement Stadia’s streaming technology into their games.

Google announced that Stadia will release this year to the US, Canada, UK, and most of Europe (no mention of Australia just yet – VPN anyone?) but the rest of the details are fairly scarce. It is unclear how Google will monetise it – Will they charge gamers a subscription fee like a Netflix for games? Take a cut of game sales? Show ads to gamers (that’ll go down well….)?

More is expected to be announced at gaming conference E3 in June of this year. Hopefully by then we will not only see pricing, titles, bandwidth requirements and also the mention of the largest island in the world, Australia.

If only Australia had reliable NBN…

Even in 5-10 years should cloud gaming become a thing, we would still have crappy internet that would barely be able to stream play 1080p at 60fps.

We can’t have nice things because of special interest politics.

NBN is not a reliable service at all because I have used NBN HFC i want out every month with outages and the only service that excellent is Telstra and Optus cable that is all.

Online gaming? Over my NBN connection?

There are no plans for it to be released here any time soon so we probably will be dreaming of a time when it may be possible. I am still at least a year away from my connection so if I am lucky it may be ready by that time.

yeah streaming. tell them their dreaming.
Until we have a stable reliable faster internet connection as standard in this country it isn’t going to happen. Consoles will rule for a long time yet.

“Google announced that Stadia will release this year to the US, Canada, UK, and most of Europe (no mention of Australia just yet – VPN anyone?) ”

Unfortunately this isn’t really an option. This system requires data centres as close to where you’re playing as possible. Fortunately, those data centres do already exist.

I was wondering how a VPN might work at least for nonmultiplayer games? and if they wouldn’t just block anyone using one of these services and who has a ping too high? looking at the shortest link to Hawaii here it would seem it is over 9000km https://www.submarinecablemap.com/#/submarine-cable/telstra-endeavour I would imagine this would still be a fairly large ping assuming both google and your vpn provider have servers there. Even if they offered it in Japan it would be about the same distance. As I have read elsewhere it would seem the other issue is with only half of Australia… Read more »