SBS On Demand has been available as an HTML5 app for some time on selected Android TV devices such as Sony Android TVs. However the release of SBS On Demand on the Android TV Google Play store means that any streaming box or TV in Australia running Android TV version 7.0 or newer should be able to install and use it now.

I’ve been testing pre-release Alpha and beta versions of the SBS On Demand Android TV app on my Mi Box during the last few weeks and have found it quite reliable.

All the functionality you’d expect is there including searching, home screen “Continue Playing” channel for Android TV 8+ and integration with voice commands. For example as shown below “Hey Google play the Orville …. On Demand”.

Nicknamed “the free Netflix” by competitor News Limited, SBS On Demand has a wide variety of content but is most well known for it’s broad range of European and American drama series including The Handmaid’s Tale, Counterpart, Berlin Station and The Orville. 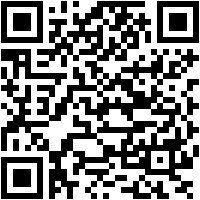 What’s the difference between this version and the other version that is already installed on my TCL TV?

Should I grab this one instead?

i did find a 9now app in the playstore which the desceiprion says about it being on android tv, but it isnt compaitable to my nvidia shield, so it looks like they are developing one but not released it yet.

Looks awesome and will be giving this ago tonight. But, does it integrate into Live Channels.

Bout time that the Nine Network got their finger out and got an Android TV 9 Now ap up and running. Works fine on my android phone, enquired with them some time ago and they were all dumb dumb about an ap for Android TV.

Does anyone else have an issue where the app seems to be playing video and audio at slightly faster than normal rate? Very strange but very noticable, especially for the Audio.

This is on a Shield Pro.

And such a pity it doesn’t work on Android phones!

Sam this is a separate ap to the one required for Android phones. I’ve had SBS on Demand working a1 for a while on my android phone.

The 9now “app” on the Sony TV is just a web wrapper and not an actual app that can be downloaded. I’m referring to an app available in the Android TV Play store

Sony is strongly encouraging all the free-to-air TV networks to have a real Android app by early April, to replace the current web apps

And the last one standing for musical chairs is ….. drumroll…….
CHANNEL 9!!

I wonder if we will ever see 9NOW?