Back in December, we reported that Google was planning on migrating its Messages for Web service from the android.com domain to its own Google.com domain. This is in keeping with Google’s desire to brand its services as its own, rather than relying on the Android branding for key services. Google Pay was once Android Pay, and Messages Web on Android is now Google too.

As you can see in the screen grab below, this migration is now finally taking place – it’s the first time I’ve seen it, three months after the change was hinted back in December. 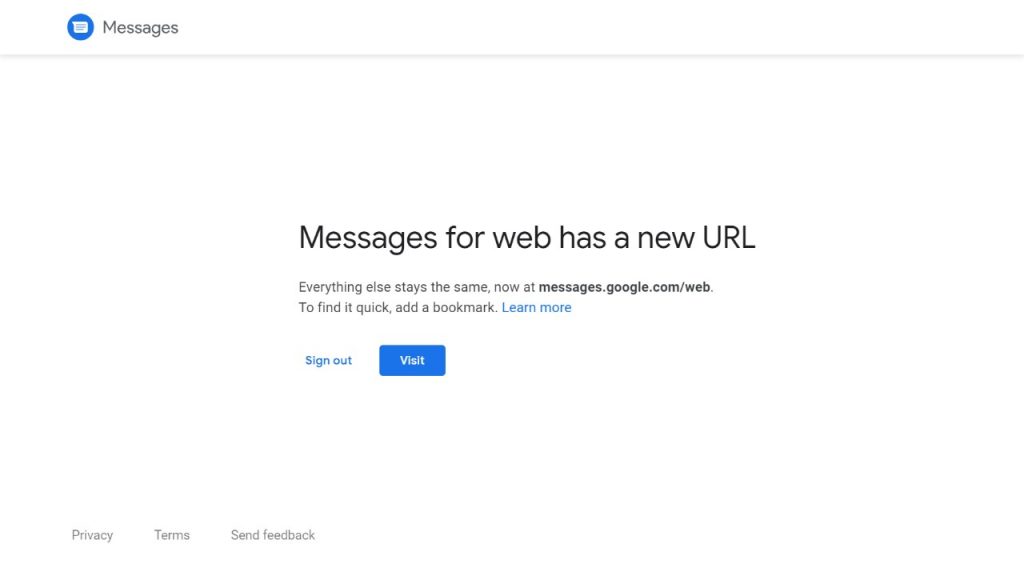 The change is purely cosmetic; there’s no changed functionality that I can see. If you’re a user of Messages for web, as I am, you’ll just need to remember the new URL: messages.google.com/web.

If you access the old URL (and already have smartphones linked to your web browser) you’ll be prompted as above to migrate to the google.com domain. Note, you won’t have to re-link your phone as there’s a process in place to transfer your sign-in across.

Are you a Messages for web user? Have you also received the same advice from Google?