Home Mobiles Apps, Games & Google Services Do you yearn for a cleaner look for Gmail? Here’s a Chrome... With all the Inbox being kicked off the now-dead service, most are returning to Gmail and looking for a way to make the experience a bit .. cleaner.

There are a few ways to do this, some of which we’ve already written about, but Simplify makes the experience cleaner and more simple, without sacrificing some of Gmail’s best features. Best thing, it doesn’t cost extra.

Simplify is a Chrome Extension which changes the design of the Gmail web interface without adding or – importantly – removing any functionality. It’s all there, just better designed.

By default, Simplify hides the clutter. The sidebar goes behind a collapsible menu, and options for search etc. are placed behind icons instead. The compose button is also moved to a more Inboxy position. Why is this theme for Gmail important? Well, for starters, it comes directly from a former Google designer, Michael Leggett. From 2008 to 2012, Leggett served as the lead designer for Gmail and was a co-founder for Inbox as well.

Leggett says that he created this extension to bring a simplified email experience to Gmail after the “unfortunate demise” of Inbox. He says that he’ll “do his best” to continue maintaining the extension as Gmail itself changes.

You can check the extension out on the Chrome Web Store below: 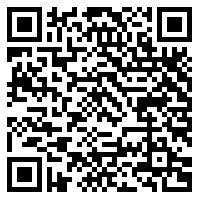 I’m still holding on to Inbox on android, the gmail app just doesn’t compare. This extension helps the web version but gmail still missing Inbox’s killer feature which was the bundles, the tabs just doesn’t fill that gap.