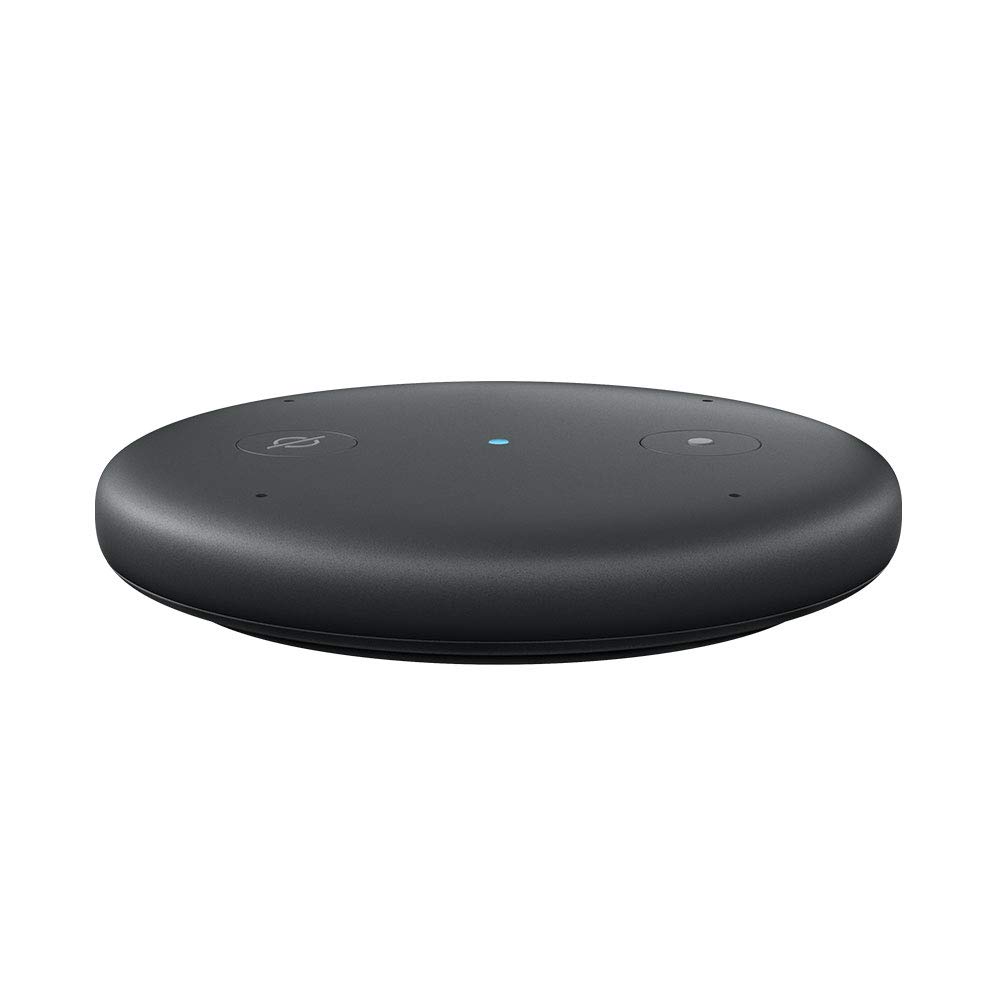 The Amazon Echo Input is the smallest Echo device you can buy, designed to be portable and fit in places where an Echo Dot or other larger Echo speakers wouldn’t be appropriate.

The catch is that reduced size means the Echo input is just a sound processing device, not a speaker. It’s completely useless unless you pair with another speaker you already own via Bluetooth or speaker cable via AUX input.

I tested the Echo Input connected via Bluetooth and AUX to my own purchased B&O M5 speaker. The Echo Input is a small device inside a small box. Most of the box space is taken up by the 5W power adapter, which is similar to the one Amazon uses for the Echo Dot.

Outside of its box, this is what the Echo Input looks like next to its cousin the second-generation Echo Dot.

There was no real sound difference between the Echo Input and an Echo Dot connected to my external speaker. The sound quality is fully dependent on how good your connected speaker is.

The Echo input only has a tiny single LED light in the middle to indicate its current status.

I found this quite inferior to the Echo Dot and Echo Plus which have a ring of LEDs around the circumference that can be seen from quite far away and make it clear whether the speaker is listening, doing a task, muted etc.

Unlike all the other Echo speakers made by Amazon, there are no volume controls on the Echo Input so you have to set volume by voice.

Amazon tech support advises to have the Echo Input volume set to at least 7, though I found setting at a 10 didn’t cause any distortion in the B&O M5 speaker it was attached to. If you accidentally lower the volume too much you won’t hear Alexa’s response on your connected speaker at all.

That being the case, Amazon should have just set the Echo Input volume to 10 permanently and let users control the actual listening volume by the speaker it was connected to.

Since it doesn’t have its own speaker Amazon advises that the Echo Input be connected to another speaker which is on 24/7 and allows you to turn its power saving mode off.

This is not ideal because lots of speakers powered down if unused for a while.

If a signal is sent through AUX or Bluetooth from the Echo Input while the connected speaker is sleeping, you’ll either hear nothing of what Alexa says or only the later half of the sentence once your connected speaker has woken up.

Overall there are a lot of usability issues with the Echo Input vs the Echo Dot.

Should You Buy an Amazon Echo Input?

As I said in the news story about Echo Input being available in Australia, an Echo Dot can already output to existing individual or speaker systems via AUX 3.5mm audio cable or Bluetooth so comparing specs the Echo Input appears to have size as its only key selling point.

After a week of using the Echo Input this initial thought has been reinforced.

The price difference isn’t that big with the current prices direct from Amazon Australia: Echo Input $55 and the Echo Dot $74. I bought my Echo Dot on sale for $49 so if you are willing to wait for a sale there’s no cost advantage to the Echo Input at all.

I don’t think the Echo Input is worth buying unless you have a really strong need to use Alexa in a situation where that Echo Dot is too large.

The Echo Input and Echo Dot are available from Amazon.com.au and major retailers.

All these silly Amazon Echo devices that have no critical mass in Australia… why would anyone buy them?

And why would any retailer sell them? Considering they are Trojan horses that will eventually become conduits to Amazon’s store.