While most of our time is spent gazing at the top tier of the market it’s important to remember that worldwide the ‘flagship’ devices don’t dominate the market.

Qualcomm is very aware of this and has today announced two new Snapdragon SOC’s focusing on the upper midrange, the 730 (= 730G) and 665.

The 700 series from Qualcomm has been trying to find a home in the ‘affordable flagship’ of premium mid-range devices. So far we haven’t seen a lot of devices running on the 700 chips with OEMs seeming to prefer the 800 or 600 series.

For OEMs who do want to try out the top of the middle Qualcomm has brought better imaging and improved AI to the 730 line. With the 730G Qualcomm has included more gaming-focused features including faster rendering, better WiFi and HDR gaming, oh and don’t forget the Jank reducer….. 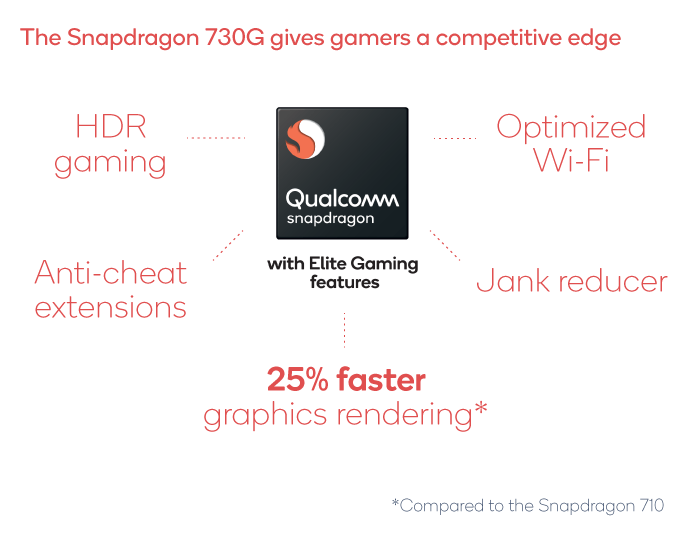 Arguably the Snapdragon 665 will move more units than the 730 line, with Qualcomm promising similar improvements to imaging, AI and gaming, all while draining less power than previous 6oo processors.

While these improvements often sound like marketing speak, and often are, there are real technological improvements in these chip refreshes. The processors do get faster, more power efficient and gain new features and capabilities than the last generation.

Things like supporting more cameras for multi-sensor photography, or dedicated silicon for imaging processing. It’s easy to dismiss announcements as this as of course they brought out new chips they do every year, or they’re artificially reducing the capabilities so the higher end processors are more desirable, of course, they are, unfortunately, that’s capitalism.

In an iterative world, each little step forward is still a step forward, anyone getting a device based on either of these processors can benefit from those steps.