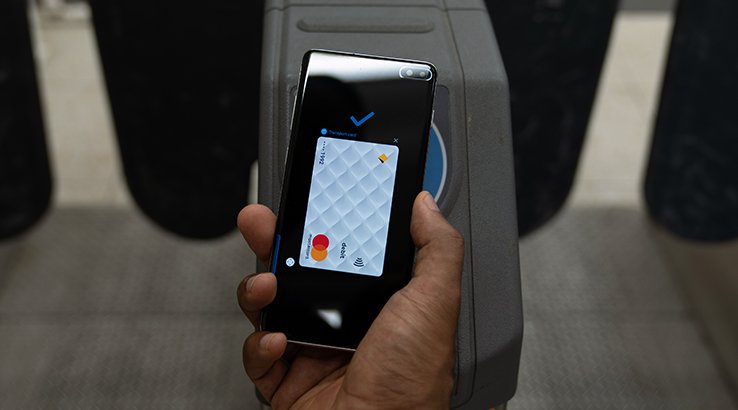 The Sydney commute has been made easier today with Samsung updating its Pay app, meaning users won’t have to unlock their phones anymore to tap on/off across the Opal network, which includes Sydney Trains, NSW TrainLink intercity rail services, Ferries & the light rail. There currently isn’t the same service available for the Sydney Buses network, however.

To tap on or off, commuters usually have to unlock their phone and load up their chosen mobile wallet app, such as Samsung Pay, then choose a card. The new update allows Samsung Pay users to select a preferred debit or credit card as their Opal payment option, which is then used automatically when they tap on or off at an Opal terminal even if their phone is still locked.

Head of Samsung Pay in Australia Mark Hodgson says Australians will be one of the first to use the feature and that the technology is being rolled out to work specifically with the Opal system.

“We worked with Transport for NSW to build a solution that is designed to offer a seamless experience for people choosing to use Samsung Pay when commuting across the NSW Opal network,” Hodgson said.

Commuters in NSW have been able to use their Visa, Mastercard or American Express credit or debit cards as Opal cards since November 2018. This means that Google Pay is also supported, even though Google aren’t strictly speaking a partner in this way.

Smartphone payments for commuters in Victoria on the Myki system are also in the works. Since the end of March 2019 users have been able to swap their myki cards for an Android smartphone, but the iPhone equivalent isn’t yet available.

Now if they could only connect your Opal card then you could take advantage of the weekly limits. Using a credit card to pay each time doesn’t count towards your max fares for the week. It also doesn’t work with the gate passes at the airport so you continue to pay the fare plus surcharge every trip.

come on miki, u can do it, so i can uninstall the Gpay and keep using samsung pay

Fanbois *rolleyes* Google makes Android, Samsung use Android on their phones, Google Pay (made by Google) can work on an brand Samsung apps are nothing but bloat. Don’t waste your time with them.