Yep it’s that time of the year again in Sydney, when the bush and regional NSW head into the big smoke for the annual Royal Easter Show at Sydney’s Olympic Park between April 12th to the 23rd, and the NSW Royal Agricultural Society has released an app for the show to help find events, shows and even showbags and map of the entire venue.

The Sydney Royal Easter Show app is available to download for free from both Google Play Store and the iOS App Store respectively. It allows users to plan and see events running on each day, find your way around the showgrounds and personalise and find showbags that are available in the showbags pavilion and around the grounds.

You can also share your best show pictures during the day using #myeastershow directly from the app also.

If you’re thinking of heading to the Sydney Royal Easter Show between the 12th and 23rd April, then it might be worth downloading the app and seeing what’s on. You can download the app via the Google Play Store link below. 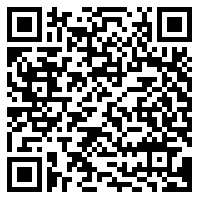