Home Mobiles Samsung have delayed the launch of the Galaxy Fold to prevent display...

Last week the Samsung Galaxy Fold landed in the hands of reviewers and several of some more high profile ones proceeded to have issues with the display. Now, coincidentally, Samsung have postponed the launch of the Galaxy Fold in China.

Samsung are stating that they are having issues with the venue and have thus postponed the launch in China but leaker @IceUniverse has said that two events have been cancelled in China for the Galaxy Fold. This suggests that it was not the venue that caused the launch to be delayed.

Some are suggesting that the delay is to allow Samsung to change the packaging and labelling of the device so that people do NOT peel off the screen protector that ships on the device — removing it destroys the foldable display. One thing for certain though is that Samsung will be conducting comprehensive testing on the displays nbefore they are sent out to the public. 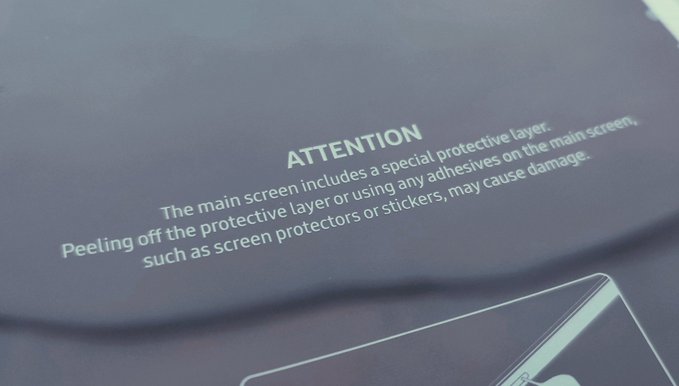 The more we see of the Galaxy Fold the better it looks to be. Although it is a fledgling technology Samsung may be onto something here. It will be interesting to see how the technology matures in the coming years with Huawei also putting a lot of research into it and Google adding support for it to Android and their services/apps.

Remember when the Samsung Galaxy Note was first released and we all made fun of it for being so massive, and then the curved display on it — seems it was ahead of its time. Do you think the Galaxy Fold will also be the future?

After viewing video footage of hands on I for one would love to have a go with one but I doubt my budget will extend to purchasing one just yet.

Seeing disturbing news, the first thing to get up in the morning is to check my GALAXY Fold. Fortunately, it is still working, I hope it will always be. pic.twitter.com/3BpVeZYINy

Technically, the Dell Streak was the first Android phablet, released almost 18 months before the Galaxy Note. It was also soundly ridiculed on release.