Google’s self-imposed purview is to make the world’s information more accessible and with premium smartphones and the experience that comes with them becoming more and more out of reach of many Google decided to do something about it. The Pixel 3a was born.

At Google I/O today Sabrina Ellis, VP of Product Management at Google, said that they wanted to bring the Pixel experience to more people and to do so they had to do it on mid-range hardware. That in itself was the major challenge or obstacle they had to overcome — How to get that Google Pixel software experience functioning fully on a phone with a mid-range processor.

They started with a target market or price point in mind and then had to bring Pixel features to that resultant mid-range hardware. The Pixel 3a was thus developed from the top down — the hardware was created and then handed to various teams and asked to get their software functioning at a ‘Pixel-level’. The camera adaptation team was their ‘Taiwanese team’ (read former HTC team now Googlers) and they relished the challenge of making that software work on the lesser processor. 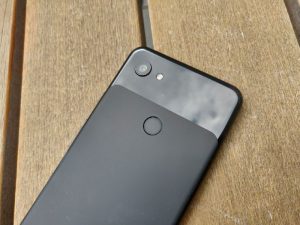 Any feature that did not hit the very high bar the Pixel team set for themselves was shelved –but not indefinitely. The Pixel Team’s goal is to be able to bring every single Pixel feature to the mid-range Pixel. At this stage some of the major features are not making it to the 3a. The new on-device Google Assistant will not be landing on the 3a at launch but they will of course be working on a way to get it functioning on all Pixel devices.

Movement autofocus was one camera feature that did not meet the high level that the Pixel camera team set themselves and thus was not included. The rest of the camera was included though which is a massive accomplishment by the Taiwan Googlers — the Snapdragon 845 has a different ISP on the chipset than the Snapdragon 670. Eventually it was pieced together such that Google are extremely proud of the resulting experience. AR in search results at this stage has not made the cut either (although it has not been released just yet anyway). 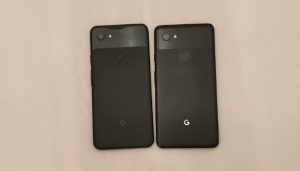 When asked if the ‘a’ series diluted the Pixel brand Sabrina said that it was the opposite. In the process of getting the Pixel experience ported to the mid-range processor Google’s software engineers were forced to be more efficient with their coding and subsequently found some bugs and code issues which could be fixed, scrapped or improved on the higher end Pixel — the higher end hardware had masked these coding issues but they stood out on the mid-range Pixel.

These fixes and efficiency improvements are then fed upstream to the premium Pixel device. In the end it is a win-win situation for Google. They get their hardware and Pixel experience into a larger number of hands and also from this improve the experience on the premium Pixel. 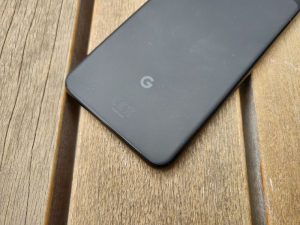 If you are yet to go and try a Pixel 3a head on out to your local JB Hi-Fi, Harvey Norman, Officeworks or Vodafone. I think you will be pleasantly surprised at how Google have managed to transform the Pixel experience to the mid-range market.