Home News and Editorial With Bluetooth SIG looming large it’s possibly not all doom and gloom...

There has been very little good news for Huawei as of late and you can imagine the folks at the upper echelons of the company must be scrambling like crazy. A throw away line from the US Commander in Chief has given them some hope that a resolution is possible — and they had better hope so as it could get so much worse for them if the Bluetooth SIG join the exodus from the Huawei ecosystem.

The Bluetooth SIG is a non-profit organisation that holds the keys to the closed-source Bluetooth kingdom. Any manufacturer that wishes to use Bluetooth in their device must get it certified by the Bluetooth SIG. As the company has its HQ in Washington it seems likely that they will also have to comply with the Presidential Order and not do business with Huawei going forward — joining Google, ARM, Qualcomm, the SD Association, the Wi-Fi Alliance, some Telcos, and the USB-IF as parties pulling away from Huawei.

Android Police has pointed out overnight that the Bluetooth SIG has remained silent so far but if they join the exodus of companies then Huawei will really be in trouble. Without Bluetooth, Huawei will not be able to release a device internationally — or even in China — without reverse engineering the Bluetooth specification which would open it up to massive legal issues.

Although Bluetooth SIG have not removed themselves from Huawei just yet you would expect they would have to, being a US company. If it happens then Huawei will really be up that creek without a paddle. 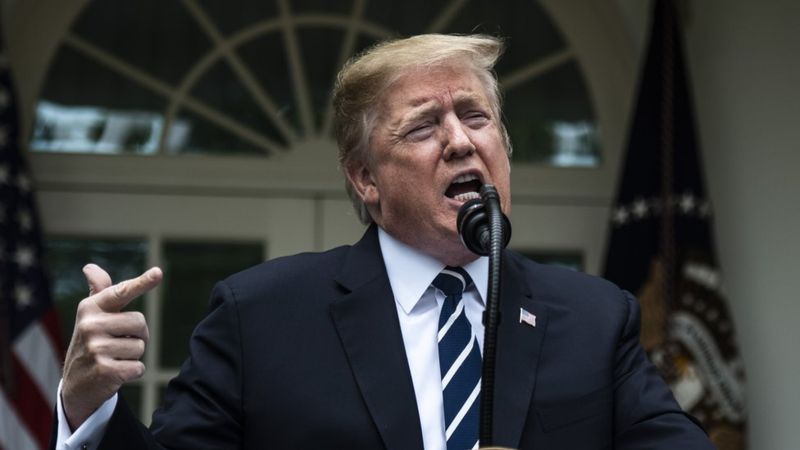 In the midst of all this there is some light at the end of the tunnel thanks to some unscripted remarks from the US President (do any of his remarks ever seem scripted?). The President said to media at the White House that:

At this stage there is no public evidence, and the fact that the UK and Germany are happy for Huawei to operate in their countries lends itself to there being NO evidence at all, so for Mr Trump to say this is inaccurate at best. Of course as he is known for being footloose and fancy-free with the truth and using his “alternative facts” to push his own narrative is something we have come to expect.

Of course, Mr Trump’s assertion that Huawei are a security danger to the US falls over when you consider he followed the previous comments saying that it was “possible” that Huawei could be included as part of a trade agreement with China.

If we made a deal, I could imagine Huawei being possibly included in some form or some part of it.

That is the light at the end of the tunnel for Huawei. If Huawei were truly a national security risk for the US then no amount of trade dealing could end this. The fact that the President is willing to consider adding Huawei to a trade deal shows that he is either willing to sell his country’s security down the river for a trade deal, or that the Huawei ban is all part of a trade negotiation. It would not surprise many if the Huawei being added to the Entity List was all part of the US President’s posturing and ‘negotiating’ of a trade deal and not some nefarious security operation.

Either way the light is there for Huawei and we hope that it comes to fruition and fast. The tech world and the Android world need innovators like Huawei so we hope they can get past this soon and continue to set the world alight with great consumer products.

i wonder if this sort of thing will ever happen if USA was run by a different president, being a huge support of Huawei i really hope this can be over soon.