Google’s introduction to the smartphone market has been in the premium market only but if they are wanting to move more products, especially in developing nations such as India, they are going to have to make something cheaper. Enter the Pixel 3a and 3a XL.

You would think that it is just a matter of porting the features straight over but apparently it was a lot more difficult than that. Google started with a price figure (a target market) in mind that they wanted to hit with the new line and from there chose the best hardware they could for that price — yes there were a few concessions they had to make but we will discuss those further down..

Once those hardware decisions were made the phones were sent to the software engineers — get it working. Make it Pixelly.

So what is Pixelly and is this it?

It is not very often that we begin a review discussing the software but the software is the most important component of the Pixel 3a and Pixel 3a XL.

When we talk about a Pixel experience or saying that something is Pixelly we mean that is buttery smooth to use while still being blazingly fast and smooth, gentle transitions from one screen to another. The design of the software is exactly how Google intends Android to be. That is Pixelly. 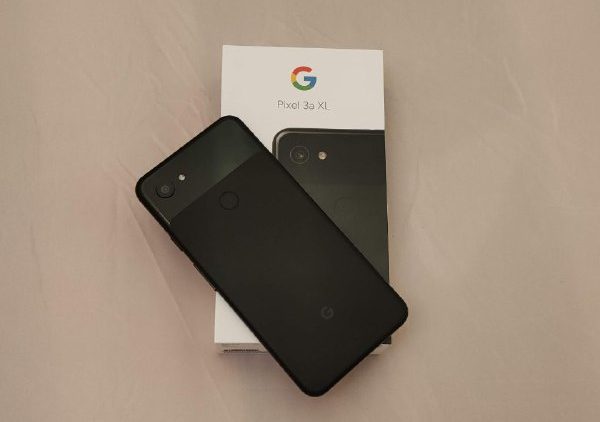 In doing so they were able to not only weed out small bugs that were being masked by the speedy nature of the high end hardware of the Pixel 3, but they were able to bring optimisations that we will see make their way into the Pixel 4 later this year (so expect an even more blazingly fast Pixel 4).

Using the software, even with the mid-range processor, was as if I was using a Pixel 3. The software seemed as smooth as the Pixel 3 and only when using them side by side do you notice the very slight speed difference. The transition on the Pixel 3 is ever-so-slightly faster with the the Pixel 3a a bit more to it and taking a fraction longer.

So to answer the question, Google certainly brought the Pixel Experience to the Pixel 3a. It is fast, smooth, no, buttery-smooth and needs to be experienced to believe. Most phones feel fast by themselves and you don’t notice how fast the Pixel experience is until you switch straight to it from a non-Pixel phone.

Did I mention that Google bought this speed to a mid-range phone? That is unheard of. Only Nokia and Motorola have come close to that — unless you consider the OnePlus a mid-range.

Smoothness and speed are all well and good but what about that paltry amount of RAM – does it affect anything? Apps still stayed in memory the same amount of time — not a surprise given they have the same amount of RAM – but that is not a good thing. Changing from one app to another was super quick and smooth on the Pixel 3a but had you closed it a while ago it would have to open from scratch again. OnePlus allow over 50 apps to be opened at any one time with the OnePlus 7 Pro but someone forgot to give Google the memo: 4GB may have been good enough for the Pixel first generation but nearly three years later it is woefully inept. Many times I had to wait for maps to open from scratch as well as the camera – not ideal and certainly should not be the story in 2019.

This time I did not lose any photos after taking them like I did with the Pixel 3 XL but I thought I had. Walking into the Chelsea Markets for dinner at around 8pm one night I took some photos of the Google sign on the building opposite that Google now own and use as offices. 15 minutes later after sitting down for dinner I went to send them to the Ausdroid team but could not find them anywhere on the phone.

I’d open the camera app and the last one I’d taken (I took a few of it, including night mode because it was quite dark) was in the circle with the last image taken but when opening it would disappear, showing a photo from about two hours prior. After finishing dinner at about 9:30pm the photos still weren’t there. I figured it has swallowed them like it did with the Pixel 3 XL so I took a few more. Two hours later they had reappeared – I now had seven photos of the Google sign. It didn’t lose them it had just placed the processing of them at a low priority and did it later?

Usually we pay a lot of attention to what is on the inside of a phone as specs can make a big difference. Not this time. The RAM is the same as in the Pixel 3 (4GB), the storage is just 64GB but the processor is decidedly down-specced with a Snapdragon 670.

The Snapdragon 670 is a mid-range processor at best but it matters not. Google have done wonders with the software and as such the processor feels so much more. Google’s Taiwan team did have to pull off some technical wizardry to get more of the Pixel camera software fully functional to a Pixelly standard on the Snapdragon 670 but they succeeded where many have failed.

The display is a gOLED display which looks as good as most AMOLED displays so considering this is a mid-range phone the display is batting above its average. It can be viewed relatively easy in bright light and the colours pop in inside lighting. The Pixel 3a has a 5.6 inch display while the ever-so-slightly large Pixel 3a XL has a 6.0 inch display.

The bezels are there which is unusual in 2019 but mid-range phones often have these because costs need to be cut in some places to fit a certain price bracket.

Google, even with their cost-cutting managed to include their active edge — they really want people to have easy access to their Assistant and this one works as well as it does on the Pixel 3. You can change the force with which you have to squeeze it once again to make it easier or more difficult to trigger.

The camera hardware is exactly the same hardware as in the Pixel 3 but the processing is different. The Snapdragon 670 does not have the ISP that the Snapdragon 845 has and thus the images are going to be different.

I took a heap of photos in the US, nearly every single one was just point and shoot and a few were slightly adjusting the brightness of the photo and it produced some amazing results. Sure it does not have the fancy 50x zoom or any periscopic lenses but still manages to produce some great photos. I have attached a small sample below:

Aside from the camera taking a while to process images at times, the main issue I had was with the Bokeh/portrait effect. Sure, it was able to blur the background well but it seemed to put a halo around the object that was in the foreground. There were also some small failures around the edges on occasions – there were only noticeable when zooming up the image. It was quite off-putting the halo at times, making the image look fake, as if the object in the foreground had been Photoshopped onto the background image. Not every portrait image was like this though – I suspect the software just failed at times when the background was not of sufficient difference to the foreground object. You can see the results below.

In the end I was happy with the overall quality of the images. This is a mid-range phone and takes the best photos for a mid-range phone I have ever seen. The other mid-range manufacturers will need to up their imagery because photography is possibly the biggest factor in a smartphone purchase in 2019.

What did Google miss on?

Did the lack of wireless charging affect me? Not at all. The battery life of the Pixel 3a XL was amazing. I found it to be better than the Pixel 3 XL – probably due to several reasons – the mid-range processor, smaller lower resolution display, and the added software optimisation of the Pixel 3a.

Waterproofing also missed the cut and I don’t care. When did waterproofing become essential in a smartphone? Sure its good to have in case you drop it in some water but how about you don’t drop it in the water to start with.

A full-screen display also missed the cut and the resultant bezels are slightly bigger than that on the Pixel 2 XL. There are nowhere near Pixel 1 or Pixel 2 bezels and acceptable for sure. The problem is that their competitors in the mid-range are producing full screen displays in their phones with small tear drop notches or cutouts now – maybe next year Google will but this year the price of a full-screen display pushed it over the target price point and was not considered as essential as something such as camera hardware.

The phone is not a metal or glass-backed phone but a polycarbonate phone and to be honest I couldn’t tell the different. It was lighter than the Pixel 3 XL but in the hand it still felt good, solid and easy to use. The polycarbonate may also make it more likely to survive a drop from the have to the ground.

So is it worth purchasing?

In a word: Yes. If you, or someone you know, is considering purchasing a mid-range phone and the Pixel 3a or 3a XL is within that price range then there is no other phone I would recommend to them.

On a whole, Google have brought the Pixel experience to the mid-range. Sure it lacks wireless charging, a full glass construction a decent amount of RAM and stereo speakers but for a Pixel phone it is all about the software. The software is smooth and fast, looks great and is a pleasure to use.

Generally the camera is great with a very occasional misstep when performing portrait mode photos but as you can see above most of the images were great. The Taiwanese Google branch have done a great job bringing the Pixel camera quality to the mid-range. There is no other mid-range phone with a camera this good.

Can’t get past the first sentence… What about the Nexus? They weren’t devices for the premium market!

Great review Scott. You convinced me, I went Out and bought a Pixel 3a from JB today for $550
Traded in an old Samsung Galaxy Nexus I had sitting in the drawer for $100. Gotta be honest though, I don’t know why anyone would buy a Pixel 3 or 3XL now that this phone is available at this price. Even the sales assistant in JB said they hardly sold any Pixel 3s but the Pixel 3a was flying off the shelves and he alone had sold 4 of them today not including mine.

Sorry, these phones are overpriced. $800 dollars is not midrange. Specs certainly do not match the price that Google are looking for.