Home NBN - National Broadband Network Aussie Broadband shows us how to sign up to an NBN plan... If you’ve finally had the NBN connected to your place – or if you’re interested in changing plans – the good news is the hardest part is behind you. Waiting for the NBN to come to your area, and for the NBN technician to come and connect your place to the network can be the longest wait – for me, it’s almost two years and counting.

However, once the NBN is available, signing up for a plan might just be the easiest bit.

We’ve already walked you through the different NBN connection technologies that are used, and the different kinds of things to look for in an NBN plan, including choosing the right speed, whether to have an unlimited downloads plan, and choosing any add-on features like a phone line.

If you’ve decided roughly what you’ve got in mind, it’s time to compare providers, and sign up for a plan.

Choosing a provider is – most of the time – a matter of choice. Some providers offer lower cost plans often with lower guaranteed evening speeds, whereas other providers charge a bit more and generally have faster evening speeds. Besides evening speed – which we’ll unpack below – the biggest differentiators between NBN providers are price, customer service, responsive technical support, and the features you want.

Typical evening speed is one of the main issues with choosing an NBN provider – while the plans are sold on four main speed tiers (NBN12, NBN25, NBN50 and NBN100), that doesn’t mean you can expect those full speeds all the time. During the day and overnight, most customers will typically get close to the speeds they pay for. However, during peak evening times (between 7pm and 11pm), speeds can drop due to the number of customers online.

To help inform consumers, the Australian Competition and Consumer Commission (ACCC) publishes a report on these typical evening speeds across the most popular providers. The report from May 2019 shows these results for the top providers:

While TPG has improved in recent months, Aussie Broadband has been a consistently high performer in evening speeds, and there’s a reason we’ve decided to partner with them for our NBN coverage.

That said, across all the providers measured by the ACCC, you can see the performance is – on the whole – generally very good. On these figures, if you’ve paid for an NBN100 plan, you can expect typical evening speeds between 81Mbps (on Dodo) to 88Mbps (on TPG). Aussie Broadband follows closely behind at 85.9Mbps.

Price is not usually a huge point of difference between comparable plans; if you compare enough plans, you’ll find that the various speed tiers generally cost around the same across the providers, and data inclusions change that price only slightly.

For example, if we’re to compare broadband plans available at our place, on NBN100 plans (which is what I’ll sign up for) with at least 500GB data, plans range from $69 per month to $99 per month.

There’s a couple of things you’ll notice about these plans – well, here are the things I noticed:

So, you might think that $99 a month is quite expensive compared to $69 introductory offers, or $79 plans offered by some other providers. However, there’s a couple of things you’re getting for that price:

You can make your own assessment as to what that’s worth to you, but here’s how Aussie Broadband sets itself apart from other providers:

Once you’ve chosen your provider, signing up for an NBN plan is easy!

With Aussie Broadband, all you need to do is:

That’s all it takes.

Once you’re signed up, how long your new connection takes will depend on whether you’ve already been connected to the NBN before, or whether your connection is brand new.

If you’re on the NBN already, it’s likely that you can be connected in as little as 15 minutes. If you’re a little bit technical, you can even activate one of the other ports on your NTD (for FTTP customers) so you can try Aussie Broadband’s NBN service in parallel with your existing service provider.

If your service can’t be automatically activated, it should take only 5 working days, but it could take up to two to four weeks if a technician is required to attend your place.

If you’re totally new to NBN, then Aussie Broadband organise getting your connection up and running for you. This can take a little longer as you may need an appointment with an NBN technician to get you connected for the first time.

Keep in mind that any subsequent line installation fees, new development fees or hardware fees will still be billed to your account. Unless any of these three cases apply, then Aussie Broadband charges no installation fee for its NBN services.

This article is one in a series of sponsored stories from Aussie Broadband, recognised by industry as Australia’s best NBN provider, two years running. Winner of Best Fixed Broadband Provider at the Edison Awards, 2018 and 2019. Is It Possible To Recover Deleted Photos On An Android Device? 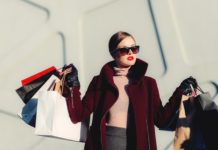 Examples of Smart Stores that are already trading

In fairness, Aussie are pretty good, so I am not surprised they want to spread the word. I had to endure 3 failed attempts with Floptus NBN to get an install. Then I had to deal with the stupidity of NBN directly, via a new development application in their portal. in my case, Aussie Broadband support staff know what has to happen, who to contact (if required), and what to do, because they are aware of the NBN process machine. You get that with local knowledge, and it is difficult to teach foreigners via scripting. Long story short, I’ve been… Read more »

Cash for comment implies there’s no disclosure. We operate with complete disclosure.

Disclosure should occur at the top of the article. I’ve got no problems with AussieBB sponsoring content, being a customer of theirs already, but keeping the disclosure at the end is doing the bare minimum which is not in line with the quality of content I expect from Ausdroid.

Declare openly at the top of the page and then we can get on reading the articles. What do you need to hide that it goes at the end?

We’re hiding nothing. In fact, in this article it’s abundantly clear because it’s even in the title “Aussie Broadband shows us…”. It couldn’t be clearer that this is a sponsored editorial.

@jarrad, do you have fttc or fttn NBN? Did you have an existing Telstra copper line to the street?

Aussie Broadband must be doing the rounds of “give us a nice write up for a kickback”, as I’ve seen a few websites in the last 24 hours all suddenly talking about Aussie Broadband and why to sign up with them. Titles like is Aussie broadband worth the money, why Aussie Broadband should be your next switch. Aussie Broadband, why you should sign up.

I’ve seen one other story today on Aussie Broadband (over at Lifehacker), but it appears that’s a WhistleOut driven story rather than Aussie Broadband directly. I can’t speak for Lifehacker, but as for Ausdroid, yes there is a commercial arrangement in place for a series of articles, as clearly disclosed at the end of the story.

Aussie broadband are thieves. They tried to charge me $290 to install the NBN as they said I don’t have a phone line.

NBN told me that I should not be charged for this service and that Aussie broadband had not placed an order with them to connect me.

I rang iinet and was connected in 2 weeks with out being charged a cent, in fact they refunded me 2 days worth of NBN due to the modern not arriving before the service was connected.

I do not recommend Aussie Broadband.