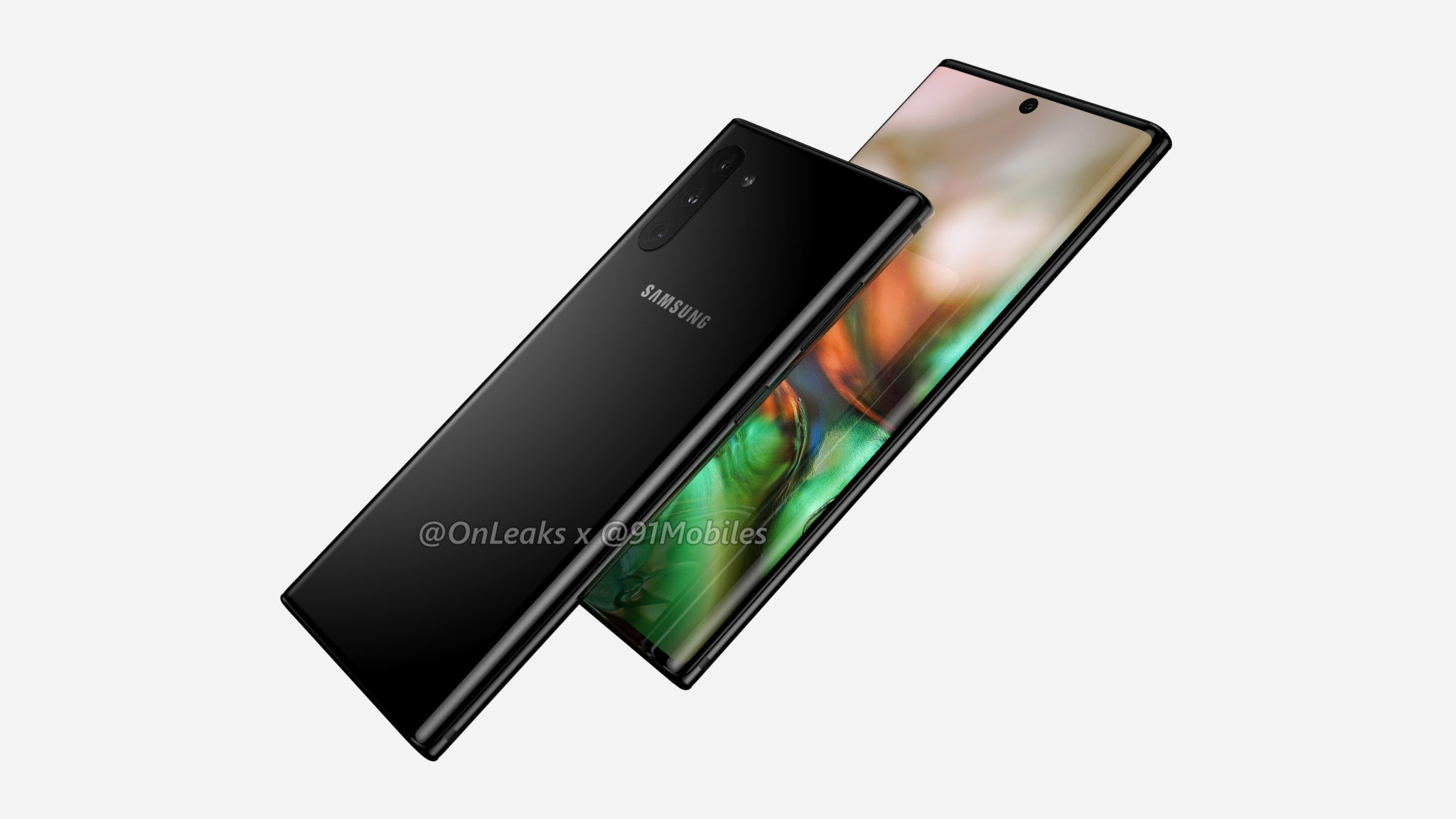 The Galaxy Note10 will be Samsung’s next flagship phone to be released, most likely at the beginning of August. Overnight @onleaks and 91mobiles have renders of the Galaxy Note10 that they have obtained.

CAD renders are renders of the phone usually made based on measurements and details provided to case manufacturers and are often shown to be accurate upon release of the phone. These renders show the Galaxy Note 10 to have the usual USB-C port, stylus (and silo for it), a quad rear camera setup (moved to the side of the rear of the phone and expected to be the same as on the Galaxy S10+) and power button and volume rocker.

What’s missing is a headphone jack and a Bixby button — maybe, just maybe, Samsung have realised that neither of these is used much anymore (did anyone ever use the Bixby button, when it wasn’t mapped to Google Assistant). These most likely have had to be removed to make way for other features such as 5G to keep the phone at a decent size: 151 x 72 x 7.9mm (8.3mm including the camera bump).

The front of the phone shows a single hole punch in the display for the selfie camera and the phone itself appears to be very Samsung Note in design — a squarer design with curved Infinity Display.

The Galaxy Note10 is expected to arrive here with Exynos 9820 SoC, up to 12GB of RAM, and Android 9 Pie along with a 6.75-inch display. It is expected to finally include decent fast charging with 45W supported. There is still a rumour floating around of a ‘Pro’ version which will sport pressure sensitive buttons instead of physical buttons — much like the HTC U12+.

I’m very satisfied with my Note 9. Keeping this for another year or two until Note11 or Note12. 🙂

I agree with above comment.very disappointing they have omitted the headphone jack.its a big turnoff for me also.

The headphone jack is the main reason I have a Note 9 and not a Pixel.

I agree with above comment.very disappointing they have omitted the headphone jack.its a big turnoff for me also.

No headphone jack = no buy. Very disappointing that it looks like Samsung’s going this way.