This week, Scott told us something that he’d realised after the outcome of the recent federal election. He felt that the government wasn’t doing enough to address climate change, and decided he’d do something about it himself.

Those who know Scott will know of his affinity for his car, affectionately known as the beast. It’s not electric, it’s not fuel-efficient, and it’s undoubtedly not an “environmentally friendly” vehicle.

In trying to address what he – as one person – can do, he’s decided to sell The Beast, and make his next car electric. Scott’s not alone. Our former editor Daniel ditched his second car and invested in a Nissan Leaf. Many Australians are doing the same.

Why aren’t more, though?

We’re almost at the point of having a competitive market for electric vehicles in Australia. We’ve had Tesla for a few years, various hybrids (led by Toyota’s Prius range, as well as others from Hyundai, Mitsubishi etc), and there’s plenty more pure electric cars coming this year, from Hyundai’s Kona and Ioniq, to the second generation Nissan Leaf, and electric cars from luxury brands like BMW, Mercedes, Audi and others.

The problem is price. We all know we should do something more for the environment, and while switching to an electric car is a great option, it’s one that’s not suitable for everyone. Put aside the issues of having a place to charge one (apartment dwellers often can’t), or having a commute which may not lead itself to EV use (driving too far and needing to charge at work which might not be possible), the biggest barrier for many will be cost.

If you exclude pure hybrids (which pair electric motors with an internal combustion engine), the cheapest way to get into some form of electric vehicle is with a PHEV (or a plug-in hybrid electric vehicle). Unlike a pure EV, a PHEV has a smaller battery bank paired with an IC engine.

Even the entry-priced PHEVs are expensive

Cars like the Hyundai IONIQ PHEV or Mitsubishi Outlander PHEV can run a little way on pure electric power (around 50km) before needing to switch to petrol, so you could in theory run them as a pure EV, but the range is limited.

Those cars start at $40,000 or so, plus onroads, so call it about $45,000. The idea is that you can do your daily commute in pure EV mode (provided you can charge up overnight or at work), and for longer weekend drives you’ve got the backing of a petrol motor to take you further. 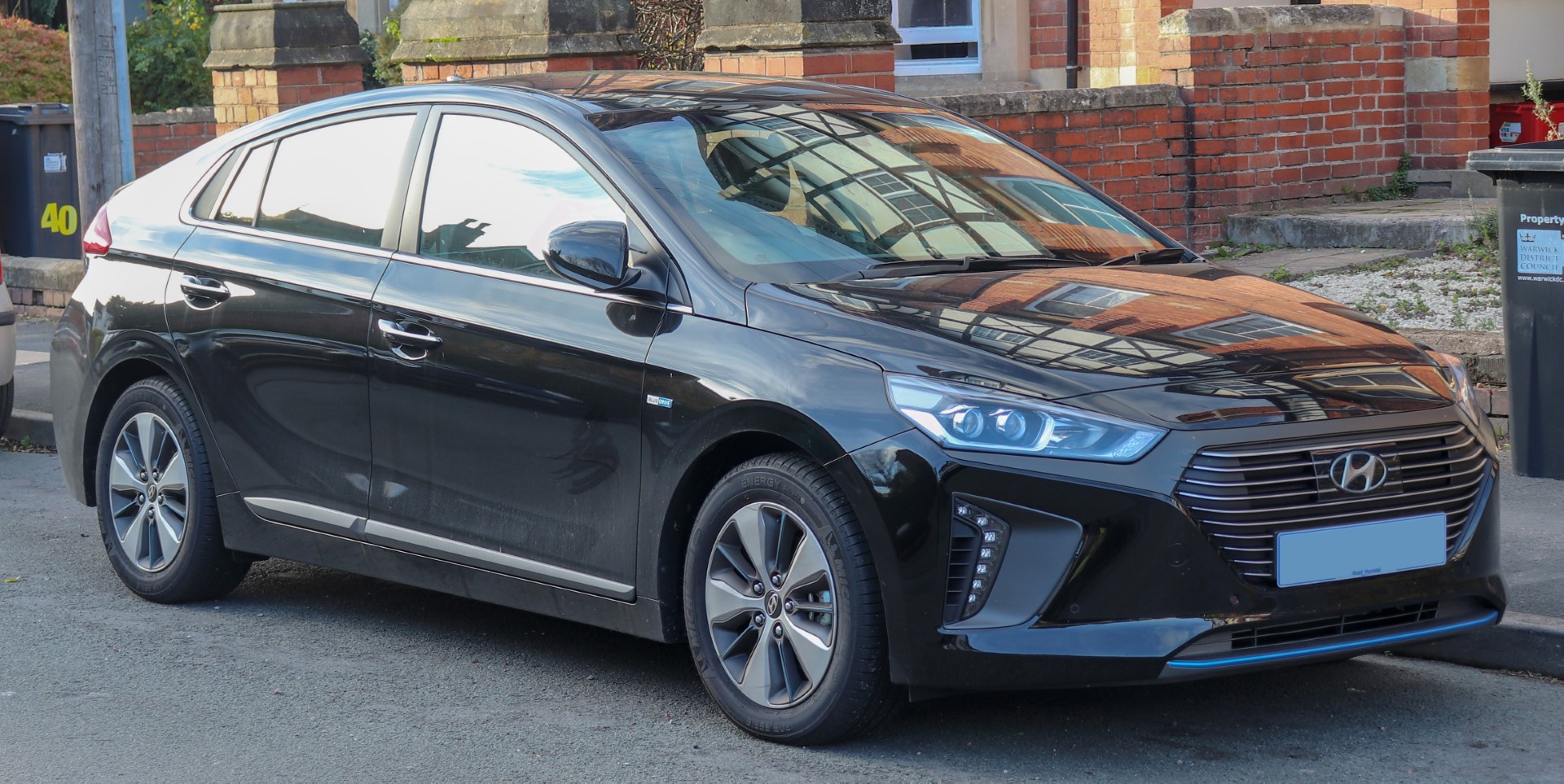 To look at a pure EV, you’re looking at closer to $50k. The cheapest EV at the moment is Hyundai’s IONIQ EV, with a quoted range of around 230km. The Nissan Leaf at around $60k has a slightly longer range, but to get above 300km, you’re looking at well into the high $60k territory, and that’s for a relatively small car like Hyundai’s Kona. If you want super range above 500km, you’re looking at Teslas, starting at a smooth $100k (excluding the new Tesla Model 3, which is a little cheaper).

The cheapest Hyundai Kona (with a petrol engine) starts at $25,990. The Kona Electric – the same sized car – starts at $63,605. Ausdroid reader – and car reviewer in his own right – Mike Stevens has been reviewing a Kona Electric, and found that even with young kids, they barely fit in the back.

With the exception of the Mitsubishi Outlander PHEV, most of the lower price EVs are small (if not tiny) cars. If you’re only travelling with yourself, that’s not so bad, but if you want to pack the family in, you’re going to need something bigger, and that drives the price up even further still.

Australia offers few incentives to take up an electric car

While Australians might be moving to acceptance of the idea of electric cars, for now they remain a very expensive option. Unlike other countries, Australia (and the states) offer few incentives to buy an EV over a regular car.

That’s about the extent of it. Compare this to the various incentives offered overseas, and it’s not hard to reach the conclusion (putting aside the fact that the government has all but stated as much) that Australia’s policymakers really aren’t all that serious about electric vehicles.

The USA offered a federal tax credit of up to $7,500 until recently (it’s now been halved), and many US states offer other incentives, with rebates of up to $5,000 available in Colorado and Connecticut, for example.

When you also consider that vehicles generally (including EVs) are sometimes as much as 20% cheaper in the US to begin with, those incentives can make a reasonable difference – more than 10% off the purchase price in some cases.

Are there environmentally friendly alternatives?

Of course, but their friendliness to the environment varies.

If you want to go electric but can’t quite afford the jump, you could consider a hybrid. These offer greater fuel efficiency than your typical entirely-petrol powered car, but there’s not a huge variety available. At the moment, Toyota makes most of them, and if you include PHEVs (which are a type of hybrid), you can include Hyundai and Mitsubishi. Many of these vehicles are slightly more affordable and larger than the roughly equivalent pure electric counterparts.

Most of the Prius range are pretty small cars though, so if you want something larger, you’re really looking at a Camry Hybrid or the Mitsubishi Outlander PHEV.

There’s also increasingly fuel efficient traditional cars on the market, and some of them have been around for a while.

The advent of smaller, turbo-charged engines has brought with it increased fuel efficiency; the new Skoda Octavia range for example claim a combined fuel efficiency of around 5.5l/100km which is pretty decent for a (small-ish) family car. Others like Ford’s Escape offer close to this level of efficiency in a larger SUV frame.

If you want something much larger, there’s diesels which offer reasonable fuel efficiency too. Once known as crusty oilers, modern diesel engines can burn extremely clean, and with the addition of technology like selective catalytic reduction or exhaust treatments like AdBlue, the emissions of truly harmful compounds (like NOx) can be almost completely eliminated. Take the Ford Escape 4WD 2.0L Bi-Turbo Diesel, for example. Our neighbours bought one of these not long ago. Despite being a huge 7-seat SUV / 4WD, it has a relatively small 2 litre diesel engine, with the addition of two turbo chargers.

That’s a huge car, and its more fuel efficient than the tiny Ford Escape FWD I drive for work, and unbelievably, emits less than 20g/km more CO2. That’s pretty impressive.

There’s lots of other ways we can save the world, but just for now, electric vehicles are probably still a touch too expensive for most Australian families. One can only hope the next year or two will see that price premium drop much further.

I am not sure if the comment from Shardy was a joke or just another ignorant fool.

The US rebate is 7.5k for the first 100k cars then for 6 months after that it is halved and I believe next 6 months halves again or so.
So the rebate itself was halved for Tesla not for all

Last week I bought my first electric vehicle. It wasn’t a car though, or a motorbike. Instead I bought an ebike. It cost me about $3200 and I’m now in the process of selling my second car. I’d love to go all in on electric, but until car prices become much more affordable (I’m talking roughly the $20000 my wife and I spent on a new Hyundai i30 a few years ago) it’s just out of my league. That said, I’m also totally in on the ebike as a second vehicle. I was pretty much the only occupant about 98%… Read more »

It’s funny, there are tens of thousands of eBikes being driven around our city streets. It’s the most common electric vehicle out there, but never gets counted as one.

For sure. I suppose technically most of them are hybrids though rather than pure electric 🙂 I know mine still makes me work… the motor completely flattens the hills though

Australia is only allowed to have nerfed Euro spec PEDELEC.
The real ebikes available in Japan are illegal on ALL public roads in Australia.

Which Jeni if you don’t look on the negative side as usual you will realise a bicycle with an electric motor that stops at 25kmph is plenty. You are on a bicycle and at most have a helmet on. Having a motorised bicycle that goes 40K an hour is insanely dangerous. In NSW the rule is an electric bicycle with a throttle can have max a 200w motor. A pedelec has no throttle, max 250watt motor and speed limited to 25kmph. You can get higher watts and faster but they are not legal to ride on the road. Anything above… Read more »

Yes, Battery Electric Vehicles acquisition costs are ridiculously expensive relative to IC engines, however, Total Cost of Ownership is lower. Something your article did not address.

“some of Dutton’s jackbooted stormtroopers are kicking my front door in for typing this comment.”
Do you work for the ABC, do you?

You might have heard that the ABC newsroom just got raided (by ‘Dutton’s jackbooted stormtroopers’). The Federal Police were searching for evidence of whistleblowers (the source of all good news stories.)

Doh, I jumped to conclusions and so used to Mutton heads hate I didn’t make the connection to the recent raids that have Mutton written all over them. My apologies.

Nope, Chris was right.
“.. Teslas, starting at a smooth $100k (excluding the new Tesla Model 3, which is a little cheaper).”

CO2 is PLANT FOOD, the planet has never come with a thermostat we can adjust up or down and only an idiot spends over 60k on a 25k car as that buys you a lot of FUEL so you save money and help a plant to grow!