OnePlus ventured into the accessories very early on in their existence and they have maintained their mantra all along of providing high quality products at an affordable price. Their Bullets Wireless 2 are obviously their second generation of wireless headphones and are an improvement as you would expect. 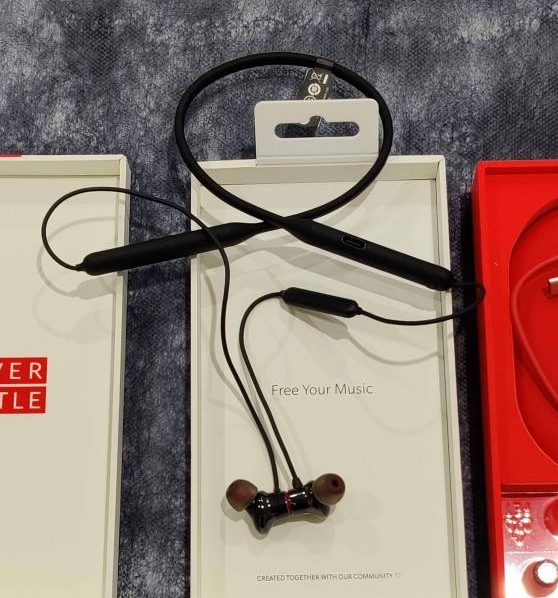 The OnePlus Bullets Wireless 2 are a US$99 set of behind the neck Bluetooth headphones. They are very similar to other behind the neck Bluetooth headphones except these don’t have a wire dangling loosely. The cable sits comfortably around the back of the neck — it fits to the shape of the neck, something that took me a while to figure out but once I did it worked well. It didn’t drag or scrape across the neck at all as it fit snugly on the neck making for a comfortable experience.

Pairing is simple with a simple button press to put them into pairing mode and the popup appears at the top of your phone asking if you want to pair them. There is the usual inline remote to pause music, increase or decrease volume, skip or go back a song. A long press of the centre button summons your preferred digital assistant.

So how do you turn them off? In a short answer, you don’t. The earbuds have magnets in them and like others when you pop the back of them together they pause the music. They snap together quite well and thus pause the music. But does it turn them off? Nope. As soon as they come apart again, if your phone is within range they will pair with it and will be then the speaker and mouthpiece for all calls, notification and media playback.

This was a major issue for me. The case that is provided for the headphones, while looking great is entirely not functional. It is near impossible to store the headphones in them without the earbuds coming apart. Guess what? Once they come apart and your phone rings that you notice on the display and you try and answer it no one can hear you on the other end — unless you are yelling and the headphones are nearby. In the end I had to unpair them from my phone after each use.

So in the box you get, not unsurprisingly, three different sets of ear tips (not with wings but the soft cups that you stuff into the ears holes), a USB-C charging cable and the carry case. The ear buds were actually quite comfortable in the ears and didn’t fall out while using them, ever — and that was just lodging them in the ears, no fins or anything to hold them in.

The packaging is something OnePlus have nailed right from their first product and this one is no different. The packaging is great looking and sets the scene for what could be a great product. In the end the top notch packaging amounts to nought if the headphones fits badly and/or sound average.

So how do they sound?

The Bullets Wireless 2 headphones support aptX HD this time which is great for a lot of people who like decent music but the problem is that they produce a quality of music that isn’t quite at the high end. The mids and highs were decent without setting the world on fire but the low end was very ‘mushy’ and lacked clarity.

When comparing with a similar (but much higher priced) type, the Jaybird Tarah Pro, the OnePlus Bullets Wireless 2 were smashed. The sound wasn’t as clear and the bass wasn’t as punchy — the Bullets Wireless 2 also lack any type of waterproofing so I wouldn’t be using them when exercising either.

For US$99 though they are pretty good. I’ve used similar priced earbuds and the sound on the Bullets Wireless 2 was superior to those so there is that. Pricing does need to be considered when talking about quality of sound as that determines the quality of drivers etc that are used.

You may have seen above that the Bullets Wireless 2 headphones come with a USB-C cable in the box. That is great in and of itself but OnePlus have also included Warp Charge 30 support as well. I fired up the Warp Charge 30 charger and charged them in only a few minutes, fully.

Add Bluetooth 5.0 to the USB-C and you have a compelling product when you consider they ‘only’ cost US$99.

It is difficult to get the OnePlus Bullets Wireless 2 headphones and for Australians, the hoops you have to jump through to get them the effort is not worth it if that is all you want. By the time they arrive here you will have spent much more than US$99 — you may as well get a higher end pair such as the waterproof Jaybird Tarah Pro.

For those already purchasing a phone from OnePlus and you want a cheap set of headphones that sound good but not great they are good value for money. The sound is decent without being mind-blowing but at just US$99 they are not a bad purchase.

If you do get yourself a pair I highly recommend throwing away the case that OnePlus give with them and using something else — something that has more room so the earbuds do not keep coming apart and connecting to your phone.

In the end the sound is good enough for the price and the only thing holding them back is the way they reconnect to the phone when the earbuds invariably become detached from each other. Maybe OnePlus will add a power off button next time.

You had to unpair each time to take a call?? Just toggle your Bluetooth on/off in your quick settings…

That would have had to be done, after each use, simply to prevent then from being accidentally separated, as a result turning on in a bag or pocket, and not being able to be heard when another call comes in. Same problems I hit with the FRESHeTECH FRESHeBUDS Pro Magnetic Bluetooth earbuds which Ausdroid promoted back in May last year. Not quite strong enough magnets, to keep the earpieces together and turned off.

Ausdroid link from last year. In the replies on this article, look at paragraph 2, of my review on the FRESHeBUDS, to see the issues I ran into.
Ausdroid Deals: Take Your Music Anywhere with These Water-Resistant Earbuds
https://ausdroid.net/2018/05/15/ausdroid-deals-take-music-anywhere-water-resistant-earbuds/

Can’t speak for all but I’ve had a great experience with my pair, if you warp and store them in a separate pocket there is a very low chance of the magnets separating.