Home News and Editorial Jaycar puts a Maker Hub in the heart of Sydney; wants to... Australian electronics retailer Jaycar has opened a new Maker Hub retail store at Central Park Mall in Sydney. It’s the company’s first foray into a retail mall, and they’re making use of the space offering use of 3D printers, CNC machines, workshops and more.

The store is just minutes walk from Sydney’s Central Station, on level 1 of Sydney’s Central Park Mall shopping centre. It’s bringing a roster of 10 enthusiastic staff with expertise in Jaycar’s product range and in using the equipment on offer.

The store doesn’t look like your traditional Jaycar store, with wood panels and concrete floors with open spaces and open boxes so you can pick up and touch the products on offer. You can find a huge range of home automation, robotics, Arduino and Raspberry Pi products on offer, but you’ll still be able to find all the components you need in the store, though – they’ve been located in the centre of the store in round “turbines” to make them easier to find. All up, there’s over 6,000 products on offer. Once you find what you’re after, staff are required with mobile POS systems to process your sale on the spot, or you can take it up to the good old front counter.

The company’s offering use of their Maker Hub equipment for free to members of their Nerd Perks system – itself, also a free membership. It’s a nice big open space with multiple workbenches to help you get your projects done.

Staff are on hand to ensure you can safely operate the equipment you’re using, offer help and advice keep everyone in the area safe. They’re also enthusiasts themselves. (Fun fact, the pug below is the first thing that the staff in the store were ever asked to 3D print, on the day they opened)

Jaycar will be offering educational workshops in the Maker Hub area, so you might learn to solder one week and then learn how to assemble and boot up a Raspberry Pi the next. We saw a robotics kit that can be programmed from an Android tablet, a Raspberry Pi emulating some classic gaming systems and some 3D printed items from the shop’s first few days of operation.

Workshops could be based on products (like the Raspberry Pi), technology (“what is wifi?”) or based on a particular project. They’re working out the schedule to run workshops on, and it’ll be very much based on the response they get to the ideas now, so if you’re interested in the idea we suggest keeping an eye on Jaycar’s social presence for information on what workshops will be run and when.

If your problems are more cerebral or team-based, there’s also a Thinking Space with a big desk and a Samsung Flip digital whiteboard (and a more traditional one). 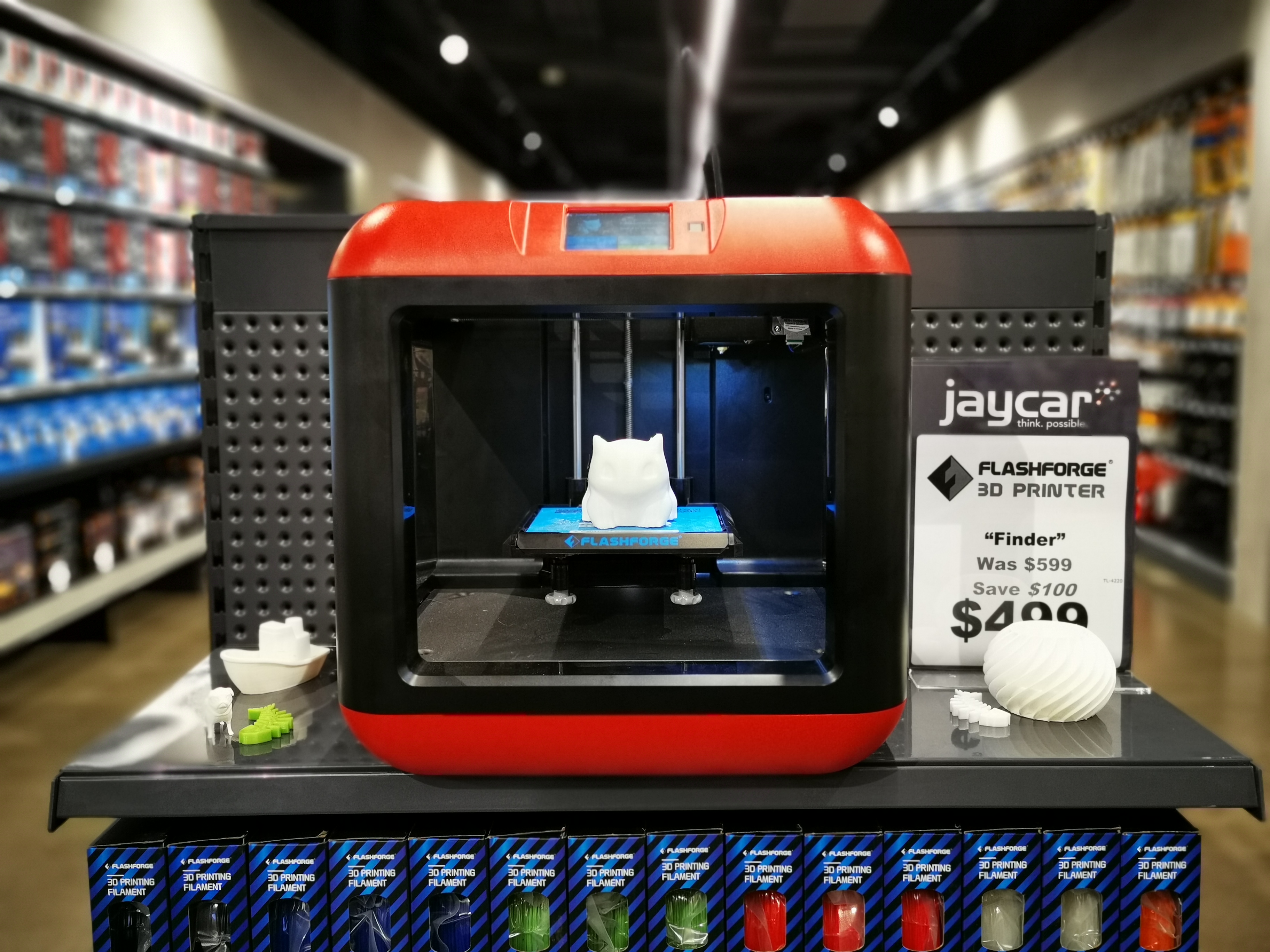 The Maker Hub is a brand new approach to retail for the company, as it looks to appeal to a younger market more familiar with touchscreens than capacitors. The staff say they’ve seen a great amount of interest and activity from the public as they’ve soft-launched the store over the last few days, so it seems theres definitely a market for an open, friendly and easy to find Maker Space in Sydney’s inner suburbs. We wish them well.

This is a cool idea, hopefully its successful for them so they can bring the concept to other capital cities

Heck yeah. I’ve got a number of 3D print items, from last year’s MYST 25th Anniversary Kickstarter, which I’ve no way to print. Having access to a retail maker space here in Brisbane would rock!