It has already been suspected, based on CAD leaks, that the upcoming Motorola One series will feature a phone with a quad read-camera setup. Today official renders have leaked proving it to be true.

The Motorola One Pro will feature that quad rear camera setup seen above and below and will measure 158.7 x 75 x 9.8 mm, including the camera bump. It will, as you would expect, include a USB-C charging port but will also include a headphone jack. 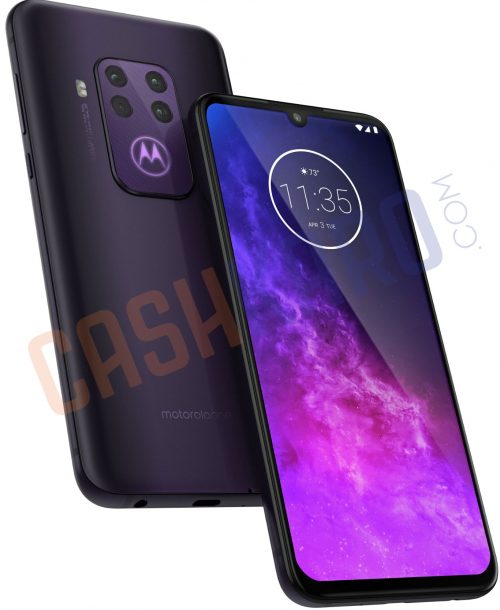 As you can see the design of the phone has the camera bump being extended to include the Motorola logo which is a good idea as it sets itself apart from the other phones with very similar rear camera modules. There is a small teardrop notch at the top of the display for the front-facing camera and the display looks to be filling most of the phone with minimal bezels — as everyone is doing now.

Aside from that details are very scarce. Hopefully Motorola can manage to keep the details in-house until the announcement.

It is unclear when this phone will actually be launched but you can bet we will keep an eye out for it here in Australia. Motorola have been bringing a lot of their phones to us so we hope this is one that makes it to our shores. It will be interesting to be able to check out first hand what that quad camera can actually do.