If you’re considering replacing your current Wi-Fi router there are a lot of options available. Two options we’ve been testing recently are the D-link DIR-2680 D-Fend and the Netgear Nighthawk AX8.

While both are priced at the premium end of the market the DIR-2680 and AX8 are very different Wi-Fi routers in style and substance.

The DIR-2680 is a small white box that blends in easily into a modern home environment. On the top there’s a power button that glows blue when the router is on. At the back there is a USB 3 port and 4 Gigabit network ports, one to connect to your NBN FTTP NTD/NBN Modem and the other 3 for connecting other devices.

The AX8 is large and has a bold Star Wars spaceship style design with two wings. It takes up twice the space of the DIR-2680 and has lots of LED lit indicators to show which ports are active, whether Wi-Fi is on etc. At the back there are two USB 3.0 ports and 6 Gigabit network ports, 2 of which can be aggregated into a 2 Gigabit connection eg to a really fast NAS.

In terms of substance the DIR-2680 is a dual band Wi-Fi AC (Wi-Fi 5) class router suitable for providing Wi-Fi in an apartment or small single storey home. It’s features are strongly focused on parental controls, securing all Wi-Fi and ethernet connected devices against threats from the internet and any security weaknesses in IoT devices you have in your home eg: smart plugs, internet connected baby monitors etc.

As you can see from the unboxing there are lots of technical details on the box. Inside the box there’s the router, setup guides and a small power brick.

In comparison the AX8 is a dual band Wi-Fi AX (Wi-Fi 6) class router that’s capable of providing Wi-Fi to large apartments and medium sized single or double storey houses. The AX8 features are all about providing multi-lane Wi-Fi maximum speed to customers who have households full of cutting edge Wi-Fi 6 enabled devices such as the Samsung S10 5G and Alienware m15 gaming laptop.

Once again the box packaging has plenty of technical details. Inside you’ll find the router with folded up wings that need to be unfolded carefully, setup guides and a huge 60 watt power brick.

Specification highlights of the DIR-2680 include:

Specification highlights of the AX8 include:

To use all the DIR-2680 functionality you have to signup for a D-link account and a Mcafee account and install a D-link app and install the Mcafee Dfend app. D-link needs to make this much simpler! One app and one login. 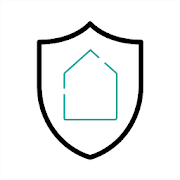 The kind of buyer who wants a AX8 is more likely to use the web interface to setup their new router, which is what I did. The Netgear interface makes you choose a non-standard admin login password and is easy to use, whether you wish to change lots of settings, setup an in router VPN for all your traffic or just accept the defaults.

If you want to use it Netgear does have Genie and Nighthawk apps. 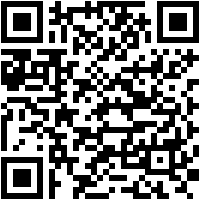 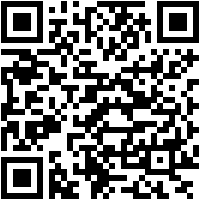 While used during the last few months in a large apartment that has 100 Mbit NBN FTTP: both routers were reliable, covered the whole home with a strong Wi-Fi signal for phones, smart speakers, tablets etc and had no issues solidly connecting computers and smart devices via Ethernet cable.

Testing them in a medium sized house, the AX8’s sheer power meant it covered a larger area with usable 2.4 and 5Ghz Wi-Fi compared to the more modestly powered DIR-2680. Neither router is mesh capable so it can’t team up with other Wi-Fi access points to provide seamless connectivity across a large home with a single Wi-Fi name.

As promised Wi-Fi 6 enabled devices like the Samsung S10 Plus and Samsung S10 5G connected to the AX8 at a faster speed than they did to the DIR-2680. Testing a family members Note 8 that also connected faster at 1083 Mbit instead of 866Mbit. However in reality whether all these devices connected at maximum 866Mbit on the DIR-2680 or 20%+ more on the AX8 more didn’t actually make them any faster at accessing the internet since the home internet connection was 100 Mbit.

The AX8’s extra features like being able to support 8 simultaneous Wi-Fi streams (four in the 2.4GHz band and four in the 5GHz band) and 160MHz Channel Support will only really come into play once you have several dozen or more Wi-Fi devices in your household and quite a few of them are Wi-Fi 6 certified.

Which Router Should You Buy?

The Netgear Nighthawk AX8  provides a lot more throughput and speed then is needed right now, just like the Sydney Harbour Bridge when it was initially built.

However also like the Sydney Harbour Bridge which is full of traffic these days, for the typical Ausdroid reader on a 100Mbit NBN plan living in a large apartment/medium sized single or double storey house, if you invest in an AX8 now and regularly buy consumer electronics gadgets during the next few years, over time you’ll be able to make use of the AX8 excess capacity whereas the DIR-2680 would hit speed and maximum connected device limits much sooner.

In comparison the D-link DIR-2680 is best suited for an Ausdroid reader’s less tech savvy siblings, parents or grandparents who live in an apartment or small house. This kind of user probably only has a 12 or 25bit NBN plan and cares more about Wi-Fi coverage and reliability rather than outright speed.

This kind of user would benefit greatly from the DIR-2680’s built-in 5 years protection via cloud based McAfee Global Threat Intelligence which identifies and blocks any threats to protect less tech savvy people from downloading malware or clicking on phishing links trying to steal their identity.