Huawei isn’t sitting still, despite its troubles in the US, releasing a swathe of new technology overnight including a new 7nm mobile chipset, new smartphones and even a couple of new tablets.

First up is Huawei’s new mobile processor, the HiSilicon Kirin 810. It’s based on the same 7nm technology as the class-leading Kirin 980 released last year, however the 810 (as you might have guessed) is aimed more at mid-range hardware. Featuring an octa-core processing setup, comprising two powerful ARM Cortex-A76 cores and six lower-power Cortex A55 cores, the Kirin 810 has Qualcomm’s Snapdragon 710 clearly in its sights.

There’s also a secret weapon; incorporating the DaVinci NPU which is based on the Rubik’s Cube Quantitative Stereo Arithmetic Unit. Sounds like fancy naming, but all you need to know is that this allows it to perform AI tasks faster than chips like the Snapdragon 855 and MediaTek Helio P90.

The first phones to use the new chipset will be the Nova 5 range, and that’s what Huawei announced next. The Nova range has been a quiet achiever for Huawei, and we’re now at the 5th generation of the mid-range smartphone line. The Nova 5 Pro sits atop the pack, featuring a 6.39-inch OLED display with Full HD+ resolution. With a waterdrop notch and 32MP selfie camera, this is a baby P30 Pro – and yes, there’s a quad-camera rear setup comprising a 48MP primary camera, 16MP wide-angle one, 2MP depth sensor, and an unusual 2MP macro camera.

Internally, the Nova 5 Pro is using the flagship Kirin 980 processor. It also boasts 8GB of RAM, your choice of 128 or 256GB of RAM, and a 4,000 mAh battery that’s juiced up with Huawei’s 40W SuperCharge system.

Switching over to the regular Nova 5, it’s mostly the same compared to the Nova 5 Pro. The only real difference is that it’s using the new Kirin 810 chipset instead of the Kirin 980. The Nova 5i, above, is a bit less interesting than the rest; it ditches the in-screen fingerprint sensor for a traditional rear-mounted one, and uses the older Kirin 710 CPU from last year. There are still four cameras on the back, but it’s a different combination of sensors. On the Nova 5i, you’re met with a 24MP main camera, 8MP wide-angle camera, 2MP depth sensor, and 2MP macro camera.

You have a choice between 6 or 8GB of RAM, but there’s just one internal storage option of 128GB. It also uses a 4,000 mAh battery, but you’re limited to a slower 18W charging speed.

Australian pricing remains unknown, but the Nova range usually does come here, so we’ll see it soon enough is my guess. Pricing for the range in USD is as follows: 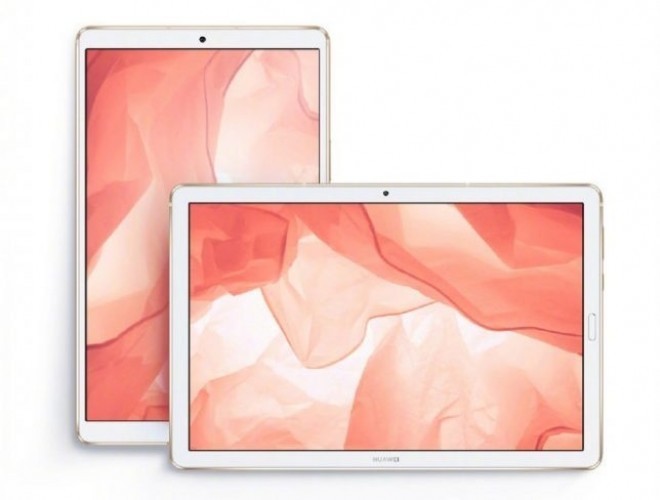 It wouldn’t be a Huawei announcement without some MediaPad tablets. Often launched behind more interesting smartphones, Huawei’s MediaPad range continues to be trotted out, and that can only because they’re selling somewhere – even if we don’t see much of them locally.

Huawei’s launching two models, including one with a 10.8-inch screen and a smaller 8.4-inch model. Both feature LCD panels with a resolution of 2560 x 1600, the only other difference other than screen size being battery capacity. The 10.8-inch M6 has a 7,500 mAh battery whereas the 8.4-inch one takes things down to a 6,100 mAh unit.

In a first move for Huawei, there’ll be a first-party keyboard accessory for the M6 range, but pricing isn’t known yet. As for the tablets, US pricing looks like $335 for the 10.8-inch model, and $290 for the smaller 8.4-inch model.

Nice! that may be my next phone