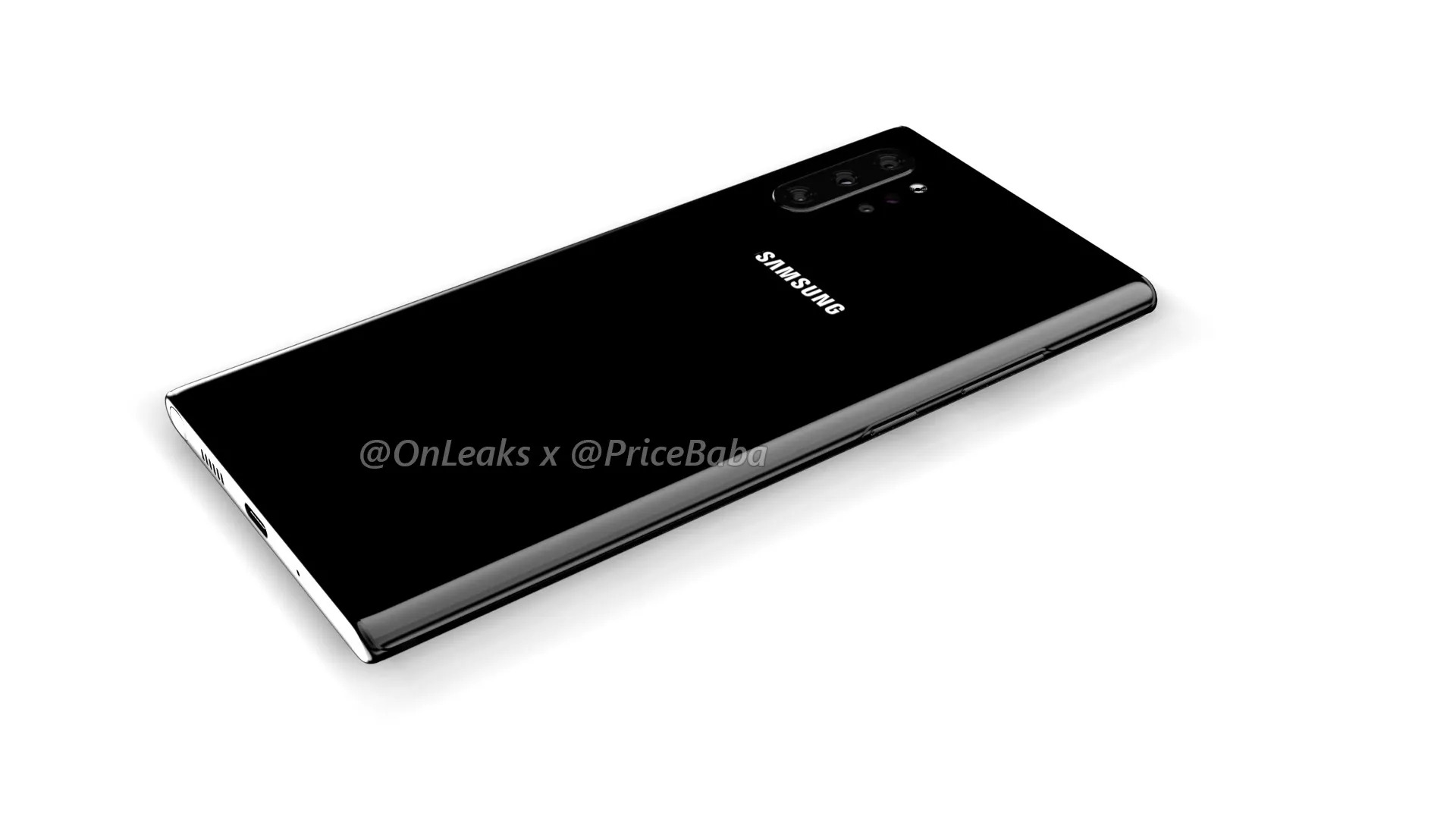 In the second half of the year one of the big reveals we are waiting for is the Samsung Galaxy Note line. Overnight images of the higher end model leaked revealing a circular punch hole.

Mr_TechTalkTv managed to get his hands on some IRL photos of the Samsung Galaxy Note 10+. Yes, not the ‘Pro’ that it was rumoured to be called but the plus. While the photos aren’t the greatest quality they give us our first real look at the actual device.

As you can see from the images above Samsung have moved the punch hole to the centre of the display for the Note 10+ from the right hand side where it was for the S10. It is interesting that Samsung have gone with a single front facing selfie camera whereas the higher end S10 had a dual selfie camera setup. The does not mean though that there isn’t yet another Note 10 model with a dual front facing camera — Note 10+ Pro?

The rear camera shows a vertical camera setup rather than the horizontal one seen in the S10 series. We can see three camera lenses there but the image isn’t of sufficient quality and there is a very poorly positioned thumb in the way to rule out there being a fourth hidden on there somewhere.

The Samsung Galaxy Note 10 series of phones is expected to be released in August so you can be sure that we will be seeing a lot more of it in the coming weeks.

What do you think of the punch hole in the centre of the phone? May as well have gone with a tear drop notch?

Brightening the 2nd image shows a darker spot resembling a headphone jack in the usual position.

Loving my mate 20pro. Do I miss the pen from my previous note 8, yes and no. The Huawei’s camera makes this device a no – brainer for me, yes I can live without the stylus.

I don’t know about that , however the removal of what I call good basic convenience features ,. Like 3.5 mm. Headphone jack and SD card too me is the beggining of Sammy’s handsets being “just smart devices” that blend in with all the rest .
Most disappointing.

Not a fan of the center punch hole , , I prefer it in the corner giving an uninterrupted notification bar , and pretty much clean viewing experience .

Is this the new iPhone?