Home News and Editorial Samsung continues to be one of the main Android tablet makers, releases... 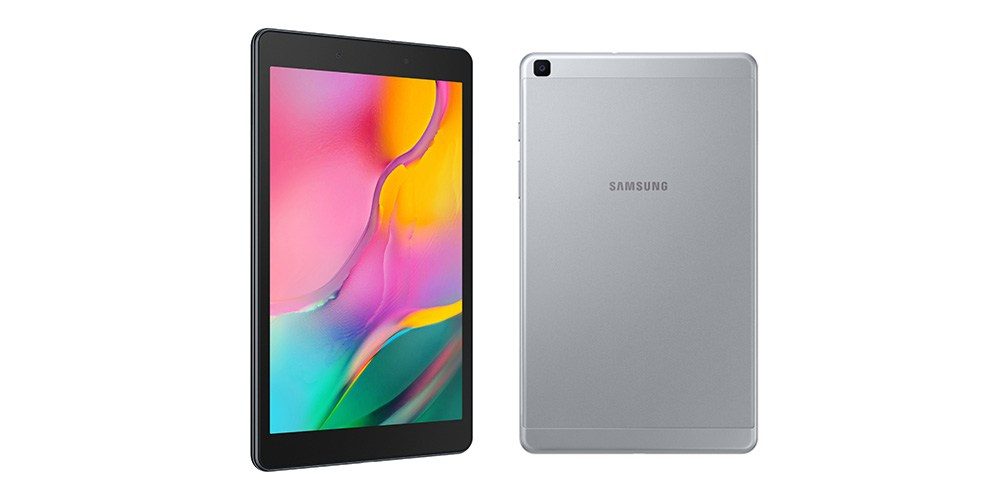 This one was previewed a while back, but it seems Samsung has finally released its new Galaxy Tab A instalment for 2019 – the Galaxy Tab A (8.0) 2019.

The tablet is squarely aimed at the mid-range, with a compact size, fairly plain design and (some would say) mediocre specs. But still, not everyone needs or wants to spend $1000+ on a tablet, and for light duties, the Galaxy Tab A range has always delivered.

Announced overnight with little fuss, the Galaxy Tab A 2019 range gets the addition of an 8-inch tablet which is just 8mm thick and weighs little more than two smartphones at 345g. An 8-inch display is probably a bit too obvious to mention, and with 1,280 x 800 TFT technology, it’s none too exciting either.

However, there’s a big 5,100 mAh battery, microUSB (ugh) and dual speakers. The latest Android 9.0 software is inside, with 2GB of RAM and 32GB of storage. The chipset is a mid-range quad-core 2.0GHz special from an unnamed manufacturer, but likely to be a Qualcomm Snapdragon 429.

There’s not too much else exciting about these tablets, except some free YouTube Premium and Spotify Premium as well. Pricing hasn’t been confirmed, though it’s likely this is another tablet that will make its way to Australia before too long.

The A series is supposed to be mid tier. The specs on this barely reach up to entry level.

Samsung and their “burner” tablets. We’re still waiting for Android 9.0 on the $1400 unbranded Tab s4 … don’t waste your time unless you realise there is no post purchase support in Australia.

Samsung had told me that the XSA would get it a long time before Telstra and other telco branded models. I see Telstra was released a few weeks ago. Optus has previously told me they had no involvement in the process …
With generic software I don’t understand the need to test as it’s no different to buying a grey import, or a tourist visiting. It’s also old hardware – modem CPU e.t.c, so what’s to test, those drivers should be covered by the equivalent mobile phones testing.
The usual case of blame someone else I think.

Google allows telco’s to blacklist updates until they are happy with them. I had a Nexus 5 bought from the Google Play Store and using a Telstra SIM. One of the updates was not available for me (even on wifi). After several weeks of it being at 100% availability, I popped in my wife’s SIM and it instantly was available to download.

“The tablet is squarely aimed at the mid-range”

With those mediocre specs I’d call it low-end.