Home News and Editorial Missed Masterchef this week? Tenplay has all of Channel 10’s shows online,...

Tenplay is Network 10’s answer to the streaming services that came earlier from the other networks, including 9Now, 7Plus, and the national broadcasters ABC (iView) and SBS (On Demand). Like those services, it allows viewers to stream episodes for up to three years from broadcast date, offering hundreds of hours entertainment at your command.

What can I watch?

Unlike some other services, tenplay doesn’t offer live streaming of all Network 10 channels. There is a single live stream, though, where you can watch shows like Studio 10, The Project and MasterChef. This stream isn’t 24/7, either – it runs when there’s content to stream, and when there’s not, you’re left with catch-up shows.

It’s in this area where tenplay stands out – there’s a lot of content in 10’s catch-up library, with most shows available as soon as they’re broadcast, and they remain available for periods of two to four weeks, and in some cases, for years.

Some shows are excluded due to licensing, but most shows are available. Here’s some of the bigger names:

Tenplay’s content is available to watch within Australia, so if you’re trying to catch up overseas, you’ll need to use a VPN to make it look like you’re back here.

How can I watch?

Like most free-to-air streaming services, most devices are supported. There’s the tenplay website for devices without a specific app, where you’ll need a Windows PC, Mac or Linux computer with Flash. Most modern browsers are supported.

To watch on your TV, you can use an Apple TV, Telstra TV or Fetch TV – each has its own version of the tenplay app. Android TV is also supported, so you can use devices like Vodafone TV, Foxtel’s Now Box, or any number of other Android TV set top boxes available. 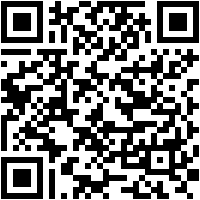 TenPlay is great because there’s usually only one advert shown at the add breaks, where other channels show, one then two and up to 5 the longer you’re invested in the episode. It’s faster to watch TenPlay than it is to record it and fast forward it. As long as they don’t put any sad or depressing advertising on then I’m all in on TenPlay.

The Block is the only show I watch on FTA these days, and frustratingly Ch9 (AFAIK) is the only channel that requires a login to use their service, so I just… don’t.

Would be great, if only the 10 Network had any decent programs.