It is but a few short weeks until the Samsung Galaxy Note 10 line will be officially revealed to the world but that has not stopped the leakers from doing what they do best. Overnight from two different sources we have seen what appear to be official renders of the upcoming Galaxy Note 10 devices appear and show off from all angles.

Twitter user and leaker @ishanagarwal24 showed off both Note 10 and Note 10+ in both a black colour and a ‘silver’ colour, as did Roland Quandt. The new images do not really reveal much if anything but confirm the triple camera on the standard Note 10 and a quad camera on the Note 10+.

The silver colour shown does not look very silver at all — it is possible that the silver, when viewed from various angles, exhibits different colours due to light refraction just as they have done with the A70 (see below). This would a great addition to a flagship device as we have already seen the ‘Twilight’ colours done, and done well, by Huawei. 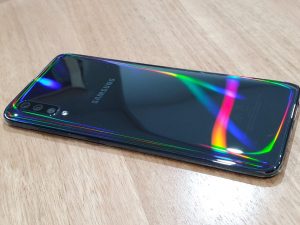 Aside from the extra camera there does not appear to be any difference between the two variants with both appearing to have the cutout for a single front-facing camera. It will be interesting to see if there are any major differences between the two when it is released — will one have 5G and the other not?

Stay tuned on August 7 for when the new Note 10 is revealed. You would expect Samsung to have some clever software tweaks up their sleeve, especially for the enterprise market.