It’s been quite a few years since Hisense sold Android TVs in Australia but they now have three models available with the 65RG, 55RG and 50RG.

We recently had an opportunity to try a preproduction 65RG (65″) model at a Hisense office in the Sydney CBD. It has a lot of features built-in but is it good enough to be your main TV? Let’s analyse it’s strengths and weaknesses to find out.

Of course the main strength of this TV is that the operating system is Android TV, not a Hisense proprietary one.

With Android TV comes access to the biggest range of smart TV apps including the usual Netflix, STAN, YouTube etc via the Google Android TV Play Store as well as Chromecast Built-in which makes it easy to view any content from a Chromecast capable app on your Android phone. Voice control to do things like change the volume, switch HDMI ports or search for content in popular apps like YouTube is built-in via Amazon Alexa and Google Assistant. Alexa currently requires a linked Alexa speaker but a patch should enable this within the TV by late 2019.

In terms of connectivity this group of TV models has every option you could hope for including built-in Bluetooth, Chromecast, TV Antenna socket, USB sockets (3.0 and 2.0), Optical digital audio output (SPDIF), Headphone jack, Ethernet Port, WiFi (b to ac 2.4 or 5Ghz) and DLNA.

Hisense offers a 3 year manufacturers warranty on all it’s TVs, two years more than other major TV manufacturers such as Samsung Sony and LG.

While any TV should be expected to last three years anyway under your Australian consumer law rights, having a longer manufacturer warranty makes it easier in case something goes wrong with your TV during the period of coverage.

When asked about what their plans were for software updates, a Hisense Australia spokesperson said that their 2019 Android TV’s “will receive security patch updates and other software updates throughout the warranty period”. If they are true to their word this is a pretty good promise.

Hisense had to cut costs somewhere to get the price down enough so the TVs could be marketed to value/budget price range customers and the panel is an obvious major cost.

This is not to say the panel is bad, many people don’t care about specifications and are not good at analysing the ability of their TV to display trickier scenes so they would probably be quite happy with it.

If you have 4 HDMI devices that need to be plugged into your TV then these models are not for you because they only have 3 HDMI ports.

The use of Android TV as an operating system makes these TV’s very user-friendly with plenty of apps available.

Hisense deserves a thumbs up as well for including 3 years warranty, Google and Alexa voice control as well as lots of connectivity options. Plenty of TVs these days don’t have a headphone jack, Bluetooth etc.

Considering pros and cons the Hisense 2019 Android TV G series models 65RG, 55RG and 50RG are worthy contenders amongst the best of the Value/Budget category of 4K TV’s.

They would be a good choice if you can’t afford a good midrange Sony Android TV, need a 2nd TV for a spare room, for the kids or if you’re buying for senior members of the family. Buying an expensive TV with a high end panel is pointless for anyone approaching or past retirement age because eyesight deteriorates by then.

The reason Hisense 2019 G Series Android TV’s don’t make it to the midrange or high-end deluxe categories are because of shortcomings such as the 8 bit + FRC panel, only 3 HDMI ports and 50hz refresh rate. 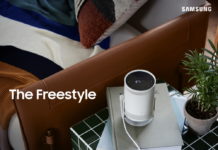 Is this the same panel as the 65 r7? Android TV aside which of those two would you recommend?

The best Hisense panels are R8 and above, with quantum dot and much better HDR

I’m curious how much better built-in Android TV would be, versus getting a much cheaper Hisense TV and plugging in a ~$70 Vodafone TV box. I suspect the latter is more likely to see updates, and can be replaced altogether in 5 years, unlike the TV. Comparing other Hisense models, it feels like you’re paying around 10x the cost of an external TV box to have it built in.

i had the Vodafone tv box they just unstable and still running android tv 7.1.2, i have two and just do odd things all the time i pickup the 55RG the other week isn’t bad for a basic tv even KAYO works on it where on the vodafone box it doesnt i’ve had some problems with Stan and the wifi with it but seems to be slow loading up the wifi on boot but after about 1/2mins it connects and its fine after that.

It’s a shame Vodafone haven’t given you any updates so you’re stuck on Android TV 7.x

I prefer the user interface of Android TV 8.x much more